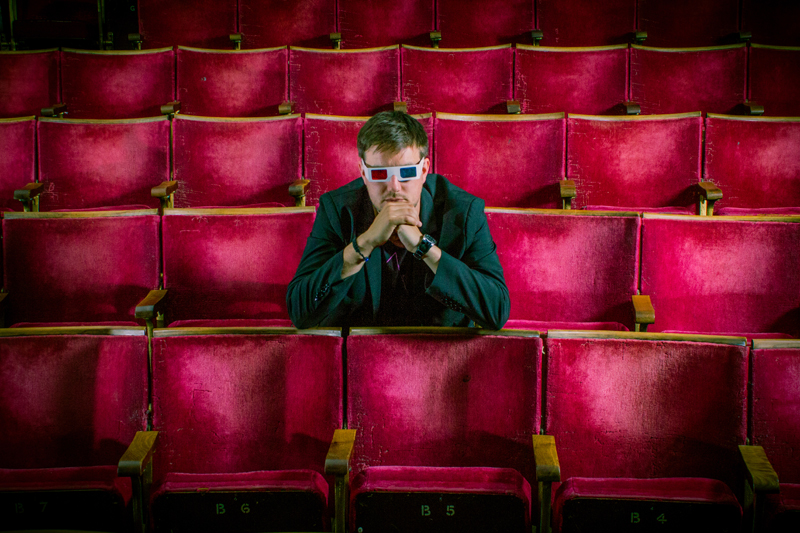 Bristol’s annual film-meets-music celebration has returned with a mix of screenings, concerts and events across the city

Programmed collaboratively by Watershed, Colston Hall and St George’s Bristol and now in its eighth edition, Filmic is back with its fusion of the cinematic and the musical. This year the programme is exploring minimalism, and the diverse works of great soundtrack composers plus specially commissioned audio-visual shows.

It all kicked off in March with an AV commission from DJ Cheeba and DJ Food, which celebrated Radiohead’s Jonny Greenwood and Thom Yorke’s excursion into film as Cheeba dug through their musical back catalogue accompanied by synchronised visuals. This month, St George’s plays host to experimental pianist Hauschka, composer for the film Lion, and founder of minimalism, Terry Riley, followed by cult Bristol soundscapers Eyebrow. Meanwhile orchestral duo Echo Collective are recreating Radiohead’s Amnesiac in the Colston Hall foyer, and Watershed celebrates the film soundtrack work of Jonny and Thom with screenings throughout the season, as well as movies featuring the work of legendary film composer John Williams, whose early work will be revisited to support the live concert screening of Stephen Spielberg’s E.T. at Bristol Hippodrome.

…Bristol has a great heritage of moody, atmospheric music and is
such a visually distinctive city…

“With Radiohead’s Thom Yorke now following Jonny Greenwood into composing for the screen, the interesting crossovers between cinema and music seem to get more numerous with each passing year,” says Filmic co-founder and producer Phil Johnson. “Bristol has such a great heritage of moody and atmospheric music, and is such a visually distinctive city, that it’s the perfect place for a series that’s about both sound and vision. It’s also great that the city’s arts organisations can work together to produce something that’s broader and more inclusive than separate programming is able to provide.”

Colston Hall’s artistic director, Todd Wills, adds: “This year’s programme is an eclectic mix which spans the gamut of music and cinema: from minimalism to the master of the blockbuster film score, John Williams, Filmic continues to explore and celebrate the rich, multi-faceted worlds that are created when film and music collide. Not only that, with new commissions and one-off performances, we see how these works can take on a whole new dimension when re-interpreted by other artists, and reach new audiences in the process.”

John Williams’ landmark score for this diabolically funny suspense-comedy holds an important place in film score history. Arriving just after he’d completed the iconic score for Jaws that would turn him into a household name, it’s also the soundtrack to the last film ever made by
the great Alfred Hitchcock.

Academy-nominated composer Hauschka turns to nature for inspiration in this sublime, pared-back solo piano concert featuring music from his album A Different Forest. Simplicity, beauty, space: if you’re a fan of Nils Frahm and the soundscapes of European minimalist piano composers you’re probably going to love this. After, join DJ Cheeba for a free after-show in the new Glass studio and bar for a live audio-visual installation on the theme of minimalism.

The key attributes of minimalism, its reliance on repetition, its mesmerising transcendent qualities and innovative use of technology
are explored in this two part BBC documentary, as musician Charles Hazlewood seeks out four great American minimalist composers who rebooted classical music in the 20th century.

One of the finest films from the 1970s, Robert Altman’s masterly take on Raymond Chandler’s final novel features Elliot Gould in laid-back form as private eye Philip Marlowe and an unusual request from its director to composer John Williams for its jazz-laden score.

Having previously tackled Aphex Twin and Boards of Canada as themes, DJ Food (Ninja Tune) is mashing together the sounds and visuals of electronic outfit Kraftwerk, for a thrilling, full-on audio-visual extravaganza.

How To Steal A Million, 21 April, Watershed (screening)

Neil Leiter and Margaret Hermant, aka Echo Collective, are on a mission to change the way you think about classical music. Recreating Radiohead’s seminal album Amnesiac, the band has re-imagined the band to create something unique. Playing the album in full, Echo Collective has a very memorable live performance in store.

One of Spielberg’s most iconic movies and one of John Williams’ most loved movie scores. Relive the magic of the ’80s classic on the big screen with an emotive performance from a live orchestra.

Two professional hit men try to find out who hired them and why, in Don Seigel’s star-studded, sun-drenched ’60s crime thriller, that’s enriched by a John Williams score full of gritty, moody jazz and moments of dark and aggressive orchestral mayhem.