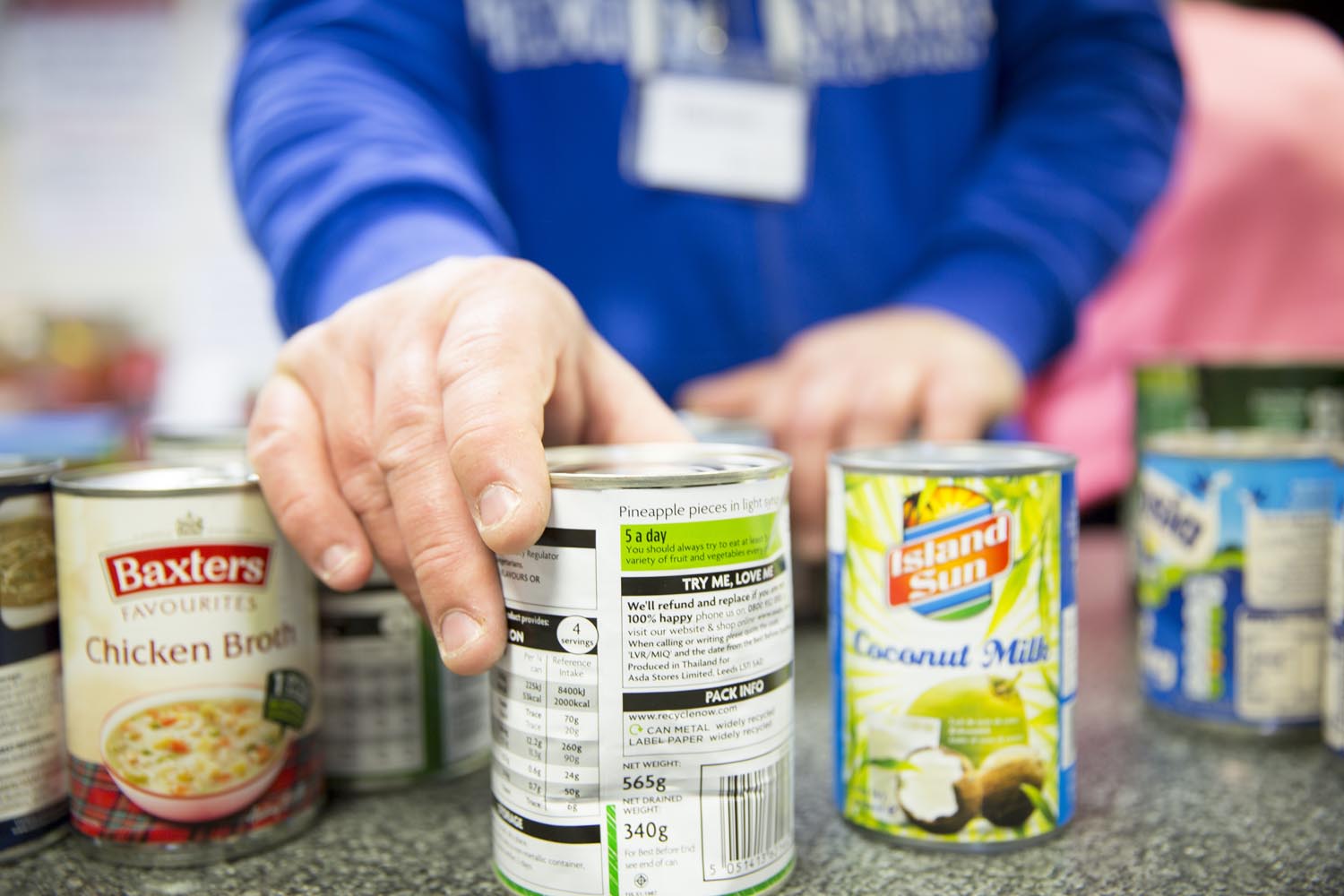 We might not think food poverty is much of an issue here in Bristol, but Marianne Swinkels has been finding out otherwise

“I’ve had to decide between heating and eating. I really worry about feeding my son. I never ever thought I’d be in this position. I can’t begin to explain how awful I felt when the school noticed and got in touch.”

“Things have been really difficult since the divorce. When the last fiver has been fed onto the electricity key you don’t mind where food comes from, so long as it comes. You don’t mind what it is. If it lacks health benefits, fruit or veg, that doesn’t matter either. When you’re hungry you just want anything to fill you up.”

“Food has to come low on the list of priorities in my household, the same as it does for so many others. Rent has to be paid, or my family will be hungry and homeless, rather than just hungry. My husband’s redundancy when the company collapsed really hit us hard. It’s even worse for others I’ve met. I know some parents who have to go without anything some days so they can give their children something.”

These are the words of just three local people struggling to put food on the table in 21st-century Bristol, and just a tiny proportion of the 1.2million people – 436,000 of them children – forced to visit foodbanks and seek emergency supplies in the last year alone. It’s both a shocking and a rising number, evidenced by the Trussell Trust charity, the nation’s biggest network of 420 foodbanks, where the need for help has reached record levels.

Food poverty, a problem that has silently crept into the UK over the past decade, is now an obvious and stark reality for hundreds of thousands. And this dramatically headlined ‘Tide of Hunger’ does not escape Bristol – a place which is, ironically, rightly proud of its foodie city reputation.

Take the Trust’s foodbank in north-west Bristol – one of their 12 food distribution outlets – which has had 4,830 referrals from frontline care professionals and organisations identifying individuals in need of help in the last financial year. That’s a staggering 40% rise in the number of people who have been given a food voucher enabling them to collect food parcels with three days worth of urgent supplies.

It’s the same story at Trussell Trust’s North Bristol foodbank, where more than, 3,600 people have been given emergency food stocks in the last 12 months. At the East Bristol foodbank, thousands more have had to resort to these stop-gap measures.

“The figures shock us every year and it’s very concerning that they are continuing to rise,” says Trussell Trust network director Adrian Curtis. “As a charity which was kick-started by a plea for help from one woman 20 years ago, it’s now a place of last resort for so many people facing real financial difficulty for a whole range of reasons. In Bristol, 12,500 people were given help last year and 5,452 of these were children. We strive for a day when we are not needed.”

It’s a reality echoed by a new Food Standards Agency survey into what is termed ‘food insecurity’, revealing that one in four low-income households struggle to eat regularly or healthily because of a lack of money. And alarming new data released from the UN last year suggests that as many as 8.4million in the UK are too poor to get enough to eat.

“It is unbelievable to think that many people in Bristol are going to bed hungry tonight,” agrees Emma Murray, manager of the city’s North West Foodbank. “That children are going to school on empty stomachs because there is no food in the house.

“As a society we are fighting this hidden hunger, with people generously giving non-perishable food and toiletries at supermarkets, church and community centre drop-off points, and our legion of local volunteers all doing their best to help support people who are genuinely struggling to get by. As food prices rise, we have seen a spike in numbers even in the last month because there is no elasticity in many people’s budgets if things go wrong. We could all be in a similar position ourselves. I can’t see any reduction in numbers with many families juggling to put food on the table.”

These figures may invite us all to reflect on any preconceptions we may hold about who turns to the foodbanks and similar grass-root initiatives for the very basics of life. Benefit delays and changes, welfare cuts and rising debt are key factors – and the knock-on effect of life for many in austerity Britain, with rising rent and house prices, zero-hour contracts, redundancy, stagnant wages, young jobseekers, divorce, disability, illness and domestic violence have forced people of all ages and walks of life to seek crisis help.

Vital too is the wide-ranging emotional and practical advice, support and signposting to other help services on offer to many who are in need of a lifeline. A cuppa and a chat goes a long way as people exchange food vouchers for tinned and dried food and essential non-food items like toothpaste and toilet rolls.

That’s a view held by the Bristol hub of national network FoodCycle whose volunteers collect surplus food donations from local supermarkets and retailers and every Saturday serve up community meals for all-comers at the Barton Hill Settlement. Tackling food poverty and food waste, they seek to build communities and reduce social isolation.

The impact of this award-winning neighbourhood initiative is impressive. The East Bristol team have served up more than 12,500 meals and handed out 22,000kgs of surplus food helped by some 1,250 volunteers. With demand so high, it has now extended its support with FoodCycle Connects, a bicycle ‘bellies not bins’ distribution project to cut waste and collect edible surplus food.

“There is almost a bittersweet situation,” says FoodCycle’s Clare Skelton. “It’s wonderful that our 30 UK-wide projects can bring people together to share meals and a tribute to so many volunteers who provide food, a warm welcome and a listening ear – but alarming that so many people are struggling like this.” It’s certainly all food for thought – something to remember next time you pass a food collection box. Just go easy on the baked beans!

• For more information or to get involved with the help efforts, visit trusselltrust.org or foodcycle.org.uk/location/bristol

Next
Scandi-influenced eatery to open in Easton