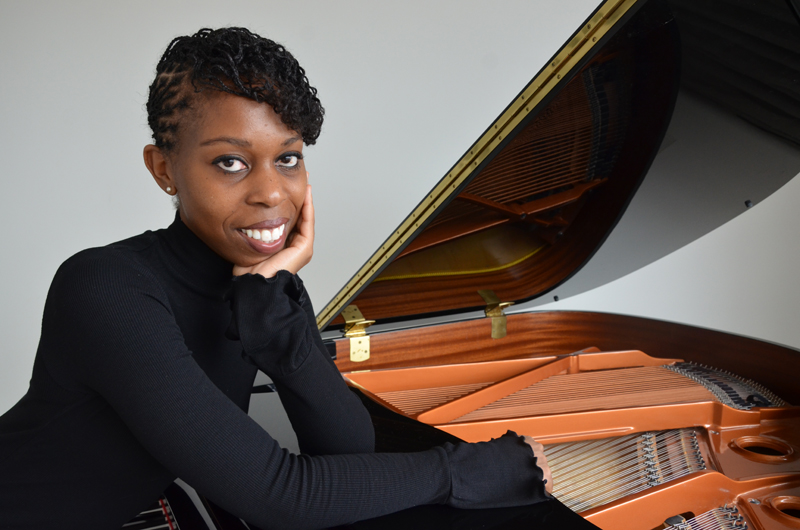 Set up by BAFTA and three-time Ivor Novello-winning composer Dan Jones four years ago, on the back of a
long list of film, television and arts projects, Wave Theory was graced shortly after by fellow composer Simon Birch. The duo are now expanding the label into other composers’ work.

TBM: What have been the most exciting projects so far?

DJ: Four Women is up there – a compilation of music by neglected female composers. I’d heard Simon playing some beautiful piano music on his phone and it sounded familiar but I knew I’d never actually heard it. When he explained that it was by African American Florence Price, a composer almost written out of history, it seemed clear that this was an album waiting to happen. His fellow graduate Samantha Ege had made the resurrection of this music a central part of a PhD thesis, and the fact that she had mastered it as a performer, too, sealed the deal. A year later we were at Real World Studios enjoying the culmination of her labours. In a way we were helping her blaze a trail that the BBC has now taken up with its recent series on Black composers – recognising a trait of historical bias that needs redress.

SB: Dan’s scores for The Miniaturist and SS-GB, which I had the pleasure of working on as music editor, received two of the three Ivor Novello 2018 nominations for Best Television Soundtrack, with The Miniaturist scooping the prize, so that was a great moment for us.

What about in 2020, this most unusual of years?

SB: Having started out releasing Dan’s music, what’s been really gratifying is to have two of legendary director Robert Altman’s key collaborators approach us. Allan Nicholls was Altman’s assistant director on the iconic films Short Cuts and The Player, and Mike Kaplan is a producer who worked with Altman and was also a close associate of Stanley Kubrick and Paul Thomas Anderson.

DJ: Altman asked Nicholls to write the songs for his remarkable film 3 Women and we’ll release that plus another two of his films a little later.

SB: We’re releasing a single written by Kaplan to accompany the release of 2001: A Space Odyssey at Stanley Kubrick’s request. It feels amazing to be adding to Hollywood’s musical folklore in this way.

DJ: Altman and Kubrick are obviously legends of cinema – they were my directing heroes – so it’s a huge honour to be working with their coterie. And hopefully a sign that we’re doing something right.

DJ: I love Bristol. It’s been my home since I was 11. Sky Orchestra this year [an audio-visual artwork delivering music to Bristol from the sky via hot air balloons] was something of a love letter to the city. But there are frustrating things. Bristol is very self reliant so it often turns its back on some amazing international culture in a way that cities like Birmingham, Manchester, Newcastle or Edinburgh embrace more readily. But I love the fact people are so down to earth about making music here. There is extraordinary talent in the city, and clearly a relentless search for new ideas and ways of working.

SB: We’ve also done a lot of recordings in Cardiff with the National Orchestra of Wales who are great and have a fantastic recording hall that rivals Abbey Road. But it makes us wish Bristol had a professional symphony orchestra. I hope in future that we might have the infrastructure to rival those larger cities, because we’ve certainly got the creative talent.

How did Sky Orchestra come about?

DJ: Luke Jerram and I came up with Sky Orchestra in 2003 on the back of a conversation about giant surround-sound pieces across cities. Meeting with pilot Peter Dalby, we made it happen – no funding, and amazing support from Bristol’s ballooning community. I produced the soundtrack in my studio, trying to guess how 14 channels of music would sound, echoing from balloon to balloon – bouncing across huge distances. We got amazing news coverage and received commissions from the Royal Shakespeare Company, The Stratford Festival in Canada; we even opened the Sydney Festival. This year it was Bristol Old Vic that commissioned us. Artistic director Tom Morris rightly suggested that we should reflect Bristol’s diverse talent – an inspired idea, not least given what Bristol has gone through in the last year. We got to collaborate with Vanessa Kisuule, Liz Purnell, Stew Jackson, Grant Marshall and Adrian Utley which made it a dream project.

SB: And Wave Theory has managed to put that online to raise money for musicians in Bristol, which right now feels like an urgent call, given how much damage Covid has done.

Which brilliant individuals deserve a shout out?

SB: Liz Purnell, a brilliant orchestrator and conductor whose contribution to scores such as SS-GB and The Hollow Crown has been invaluable – as well as her work on the Attenborough films.

DJ: She’s also a brilliant composer in her own right, which is why we asked her to create a piece for Sky Orchestra. Stew Jackson too. He co-wrote some tracks for Louis Theroux’s My Scientology Movie. But I think that besides his work for Massive Attack he’s emerged as one of the country’s leading producers. He has an amazing ear.

SB: David Attenborough – he included one of Dan’s On Chesil Beach tracks as the only piece of film music in his classical Mindful Music playlist for the BBC during the lockdown.

DJ: I’m pretty thrilled when my mum likes stuff I’ve done, but approval from David Attenborough is humbling. I bumped into him on Cotham Hill once and he very gently said – knowing I’d just scored one of his documentaries – “Music really is the food of love!” I was walking on air for a week.

What do you think of the Bristol Beacon’s identity shift?

DJ: It’s great, and long overdue, that the Colston moniker has gone. It had cast a shadow over the Black community’s sense of ownership and participation in Bristol’s cultural life, and in other ways which are hard to measure. It’s hard to explain to a young child that the future is theirs if a brutally abusive past is enshrined in such a way. It’s another important step in ensuring that Bristol thrives in its diversity.

DJ: We’ve just set up a writing room in Pembrokeshire but as we move forwards the plan is to keep expanding the scope of Wave Theory.

SB: It’s been nice to get Dan’s music online but we’re looking to release other artists whose work deserves better recognition. It’s surprising how much music should be available that isn’t. We’re also transferring our catalogue to physical formats – CD and so on. I think people still like to own something they can hold in their hands.

DJ: John Malkovich and Javier Bardem sang Happy Birthday to me in Madrid. It was the opening night of Being John Malkovich but rather than going to the screening, John, who I’d just worked with on Shadow of the Vampire, wanted to take us all out for dinner. To add to the surreal nature of the evening, as a publicity stunt the promoters had handed out John Malkovich face masks which people all over the place were wearing – including Javier. I remember thinking after dinner that I must have jumped through the looking glass. It was an amazing and slightly bizarre birthday. Something I won’t forget.

SB: Aptly enough, we’re re-releasing the Shadow of the Vampire soundtrack this year!

Previous
The science of happiness