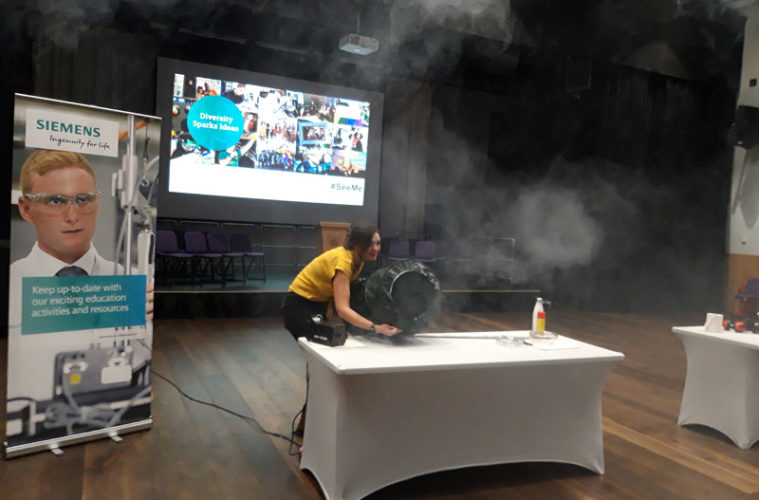 The award-winning SeeMe event, run in conjunction with Siemens and the GSA, featured hands-on and visual demonstrations in front of more than 100 girls aged 11–13 from five schools.

The event aimed to dispel myths that science is boring and only lab-based, and focuses on key people who have made contributions to various areas of science. It also reaches out to communities who are under-represented in STEM and engineering and hopes to inspire them to take up STEM careers.

The audience had the chance to ask Fran and a panel of apprentices and people who work in various areas in STEM questions about their careers and about STEM in general.

Fran Scott is a demonstration designer, pyrotechnician and science content developer at the Royal Institution as well as a well-known face on children’s television. She is best known for her playful (and often fiery) demonstrations on Absolute Genius with Dick and Dom on CBBC, and has been a judge on Channel 4’s Lego Masters.