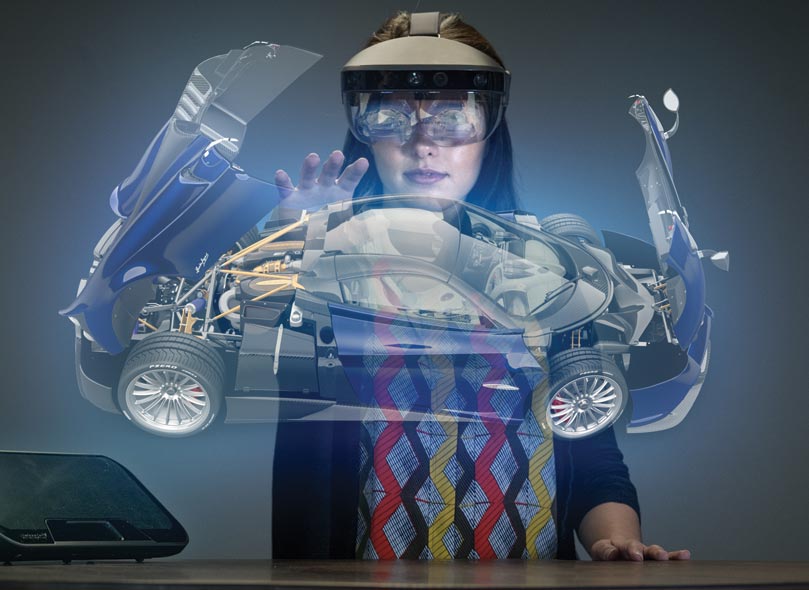 Future files: How Bristol is becoming the hottest tech hub in the world

The robots are alright! Local tech expert Nick Flaherty looks at just a few of the innovative projects and companies that make Bristol one of the globe’s leading technology hotspots

You probably didn’t know that all around Bristol there are engineers working away on the latest world-beating technologies, from driverless cars to the latest in artificial intelligence. Graphcore in Wine Street has developed the most complex silicon chip in the world. With 23.6 billion (yes billion) transistors, this is more complex than the chips developed by Intel or IBM. These chips are going into data centres worldwide to speed up the artificial intelligence behind services such as Google Home and Amazon Alexa. The company is recognised as the world’s leading AI chip company and is valued at over $1bn, a rarity in Europe. The next generation chip they are currently working on will use the same leading-edge tech that both Intel and IBM are trying to make work.

Another tech company looking to be huge around the world is Reach Robotics. It launched a range of robots for the home in October that you can buy through both the Apple store and Amazon, and which were a must-have Christmas present. The Mekamon robots use augmented reality (AR) in mobile phones to fight each other or to dance. “While we are a local Bristol company we have global ambitions and we are growing a global robotics company here,” says Silas Adekunle, cofounder and chief executive of Reach.

Looking further into the future, researchers here in Bristol have developed the world’s first programmable quantum chips using light. Quantum computers can perform certain calculations really, really fast, and this threatens to crack the encryption that protects all our banking and financial information today. The Bristol chip uses quantum technology to add more protection that can’t be cracked. Bristol is also building the first quantum technology enterprise centre alongside Temple Meads where entrepreneurs are turning the quantum technologies developed in the labs at the university into real products and systems.

One of the technologies developed in Bristol that you might see, and feel, comes from Ultrahaptics on Glass Wharf behind Temple Meads. This allows you to feel things in mid-air that aren’t there; such as being able to turn a virtual knob in mid-air to tune your car radio. Using the same ultrasonic sensors that are used for car parking sensors, the technology can be used for a wide range of applications. Alongside a virtual reality headset it allows you to feel what you see, but in the high street it is being used alongside posters so that you can feel shapes in the air.

“This is a major milestone for the business, and it represents a crucial step in Ultrahaptics’ journey – seeing our technology being used by people in their daily lives,” says Steve Cliffe, chief executive.

Silas at Reach worked in Europe’s largest robotics lab, based up at Frenchay. The researchers there are looking ahead to what kinds of technologies we will need in the next decade. The SPHERE project is the largest robotics project in Europe, looking at how robots can help look after people in their old age. Other researchers are working on organic robots that can eat waste to provide power and then decompose out in the field. The algorithms that control swarms of unmanned aircraft were developed in the labs, and researchers are leading in the discussion of the ethics of artificial reality.

“AI and driverless cars are exciting technologies, but they are also disruptive, so we need to ensure they are used ethically and to the benefit of all in society,” said Bristol Robotics Laboratory’s Prof Alan Winfield, who last month advised two parliamentary groups on the technology.

The labs’ research on autonomous systems led to them being pioneers in the development of cars that drive themselves. The Venturer and Flourish programmes have been researching how people will actually use the driverless cars now being used in taxi services in the US, while the Whisper programme is working on how cars communicate between themselves using WiFi and next-generation 5G mobile phone technologies, which is just starting to roll out around the world. The Driverless future project will take this research further over the next two years with driverless cars on Bristol’s roads.

The region is also leading the way with 5G tech in other ways. All around the Roman Baths in Bath, the latest high-speed wireless is helping visitors experience life in those times. Blu Wireless Technology has been developing a chip design that is allowing high-speed wireless data at over one gigabit per second, five times more than the fastest home broadband.

All that data actually creates problems for networks. So another company, Zeetta Networks, is helping Ashton Gate become the leading smart stadium in the country. The tech manages all the different kinds of wireless networks across the stadium, and this technology is now being used in smart cities around the world as well as for Bristol’s own highspeed fibre optic network and supercomputer. All of this has led to Bristol being named the leading smart city in Europe by the likes of Huawei and GSMA’s 2018 Global Mobile Awards (the GLOMOs).

This isn’t a new thing. Engineers in Bristol have been designing leading-edge tech for many years. A third of all the cars in the world use chips with tech from Bristol in their engines, thanks to a design centre for German firm Infineon Technologies in Bradley Stoke. If you have a Sky TV box, then the chip and the software also all come from several design centres in Bristol.

For the next generation of technologists, High Tech Bristol and Bath is running code clubs in community centres and libraries across the region to help all kinds of kids have fun with coding and robotics. Volunteers from tech companies across the city help out at over 14 clubs in places such as Barton Hill to stimulate and encourage kids in tech.

All of this is part of the thriving tech cluster in the city. The Engine Shed at Temple Meads hosts the world’s number-one technology incubator, creating generations of tech companies. It will be part of the £300million campus alongside the station that will open in 2020 to house even more world-beating companies and researchers working on all kinds of tech. Watch this space…

Next
Getting personal with the John Lewis styling service