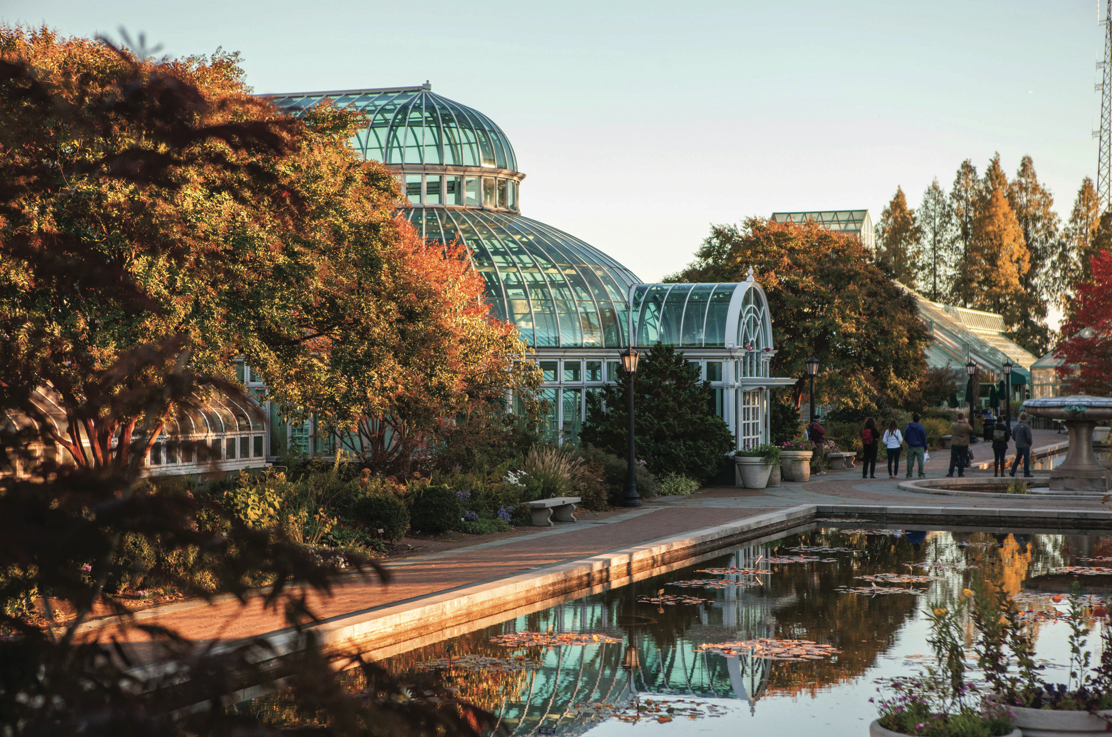 As RHS Chelsea Flower Show prepares to delight this month, heralding a new season of British horticulture and design, we consider visiting some of the spectacular gardens that influence it – from Japanese plum to Hawaiian botanical and the Chilean flora which has inspired one of Chelsea’s 2019 show gardens

Gardens and glorious flora from around the globe inspire the creations visitors see at the big UK flower shows – we thought we’d look into some destinations that are decidedly gert lush in both senses of the word, and perhaps inspire you to visit one or two in the process.

Chilean biodiversity: check it out
As the world’s longest country, Chile’s biodiversity is vast, stretching across five distinct geographic and climatic zones. Flora and fauna are abundant, from the north of the country, home to the Atacama Desert – the driest in the world – to the Central Valleys, defined by their Mediterranean climate and wine valleys, and further south to the lakes and volcanoes, stretching into Patagonia and the Antarctic Territory. This year, garden designer John Snow will be showcasing ‘Undiscovered Latin America’ at the RHS Chelsea Flower Show – a show garden inspired by the endemic plants, temperate rainforests and parks of Chile. Best explored on a road trip.

Nashville: there’s more to Music City
The city’s Cheekwood Estate & Gardens come to life from April, as over 150,000 tulips burst into bloom. Snowdrops, crocuses, hyacinths, daffodils, magnolias, redbuds and dogwoods also feature throughout, putting on an unforgettable show as warmer weather and longer days arrive. The gardens are also home to a number of activities and events, from yoga and brunch to garden tours and live music. This year Cheekwood is celebrating the 50th anniversary of the Howe Garden – one of the most beloved gardens on the estate.

Set your sights on Sanyo-so
The Sanyo-so gardens can be found at a traditional ryokan hotel nestled in the depth of the Japanese countryside on the Izu Peninsula, just south of Tokyo. Built in 1929, it is set in a grand Japanese garden renowned for its year-round beauty, and alive with colours of the seasons, offering weeping cherry trees in spring, iris in summer, maple in autumn and Japanese plum in winter. The hotel is loved by the Japanese emperor and empress, who enjoyed their honeymoon there; their private ryokan overlooked the entire garden. Sanyo-so is also home to a hot spring with geothermal water that contains a wealth of restorative minerals.

Oh, Vienna!
Offering green oases and tree-lined boulevards, Vienna is the only major world capital with an extensive wine-growing industry within its city limits. More than half of its metropolitan area is made up of green spaces including 280 imperial parks and gardens enriching the cityscape. On the edge of town, the vineyards in the 19th district flourish and Vienna Woods appear particularly idyllic: enjoy wonderful city views, strolls and bike rides. Urban farms, allotments and garden shops are now also found in the middle of the city; Vienna’s first display and research garden for urban agriculture the Karlsgarten cultivates various types of fruit, vegetables and grains.

Make a beeline for Brecon
Within Brecon Beacons National Park there are 17 interior parks and gardens of national importance, dating back hundreds of years from the 12th to the 20th century. Check out Craig-y-Nos Country Park, a 40-acre Victorian garden with shady woodlands, meadows, ponds and rivers, located in the secluded upper Swansea Valley. The historic grounds of Craig-y-nos Castle, once home to opera singer Adelina Patti, are located on the banks of the River Tawe. Features of the fashionable Victorian parkland include walled kitchen gardens, glasshouses, rock gardens, a croquet lawn and a rose garden, and you can now wander freely year-round to enjoy the spectacular seasonal colours.

Quite like the sound of Québec?
Reford Gardens, in Québec’s Gaspésie region, is an enchanting horticultural attraction offering bold, characterful gardens on the Metis River. Elsie Reford established them in 1926, transforming her fishing camp over three decades into today’s glades, arboretum, museum and lodges. This year, they will celebrate the 20th anniversary of the International Garden Festival – which invites designers to create temporary gardens and interactive spaces open to the public during June 2019, and is launching a parallel programme for young designers to curate a series of experimental landscapes.

Taste of the tropics
The Hawaiian Islands are home to beautiful gardens, arboretums and landscapes. McBryde Garden, on the island of Kaua‘i, is a botanical park for threatened and endangered plants of the tropics. Located in the verdant Lawai Valley, it is home to the world’s largest botanical research collection of native Hawaiian species and extensive plantings of palms, flowering trees, ornamentals and orchids. The Conservation and Horticulture Center serves as an intensive care unit for endangered species and is a lovely attraction for visitors.

Seek out saguaro in Scottsdale
The Desert Botanical Garden in Arizona gives you the chance to experience the beautiful cacti that thrive in the Sonoran Desert; with more than 50,000 plants in outdoor exhibits nestled amid the red rocks of the Papago Buttes. Stroll through five themed trails to explore the towering cacti, alluring succulents, brilliant wildflowers and plants that flourish here. The Sonoran Desert is the only place in the world where saguaro cacti grow and bloom mid-May to mid-June, giving Scottsdale visitors the chance to see Arizona’s state flower, the saguaro blossom.

Florida: florals and flamingos
Discover Florida’s connection with Japan at Morikami Gardens in Palm Beach County – 16 acres of world-class bonsai displays, strolling paths, beautiful lakes teeming with koi and galleries of Asian art. These gardens reflect major periods of Japanese garden design and, according to designer Hoichi Kurisu, each expresses the character and ideas of a unique counterpart in Japan. Meanwhile, Flamingo Gardens in Fort Lauderdale proffers 60 paradisiacal acres of rare tropical and subtropical plants and an arboretum with hundreds of native and exotic trees, accented with lush under-story plantings, ponds, streams and a waterfall. The seasonal butterfly and hummingbird gardens attract the ruby throat hummingbird in winter and the South American malachite butterfly, while Everglades Wildlife Sanctuary is home to Florida native wildlife including alligators, bobcats, peacocks and flamingos.

See NYC in bloom
New York City has plenty of greenery across all of the five boroughs. The Bronx’s public garden, Wave Hills, overlooks the Hudson River and its paths wind across a carpet of bright wildflowers in springtime and pools adorned with water lilies and lotus flowers through the summer and autumn. Visitors flock to Brooklyn Botanic Garden where beauty and education collide, with over 18,000 varieties of plants. In spring, hanami, or cherry-blossom viewing, is at its prime when the garden is overtaken by pink blossoms of more than 200 trees. Alternatively, soak up history and nature at the popular High Line. Built on a once-abandoned elevated rail line, it offers unparalleled views of Manhattan’s far west side with places to sit and people-watch, patches of grass, seasonal blooms and fascinating architectural features throughout.

Look into Lake Garda
Trentino is the region in northern Italy that runs from the top of Lake Garda into the Dolomites. From the blossoming apple trees which cover the Val di Non in pure white to the crocuses which turn Mount Casale’s meadows yellow, white and purple, this season is a beautiful time to explore. The Valle di Ledro, located close to Garda, offers more than 1,000 kinds of wild flowers and an annual flower festival (19 May) which you can walk to from the Mezzolago village before sampling traditional mountain foods like polenta and salamelle sausages.

Lead image: Beauty and education collide at Brooklyn Botanic Garden, where there are over 18,000 varieties of plants to discover (image by Tagger Yancey)