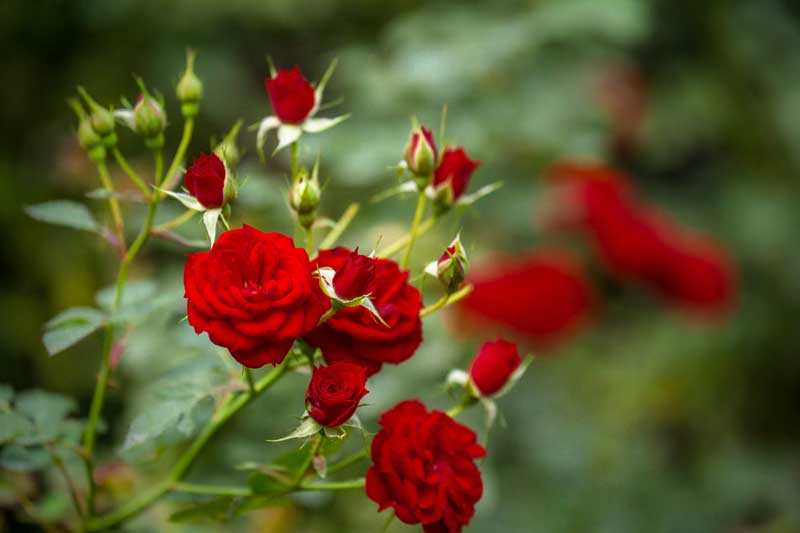 Gardening: Say it with flowers

There’s a fascinating symbolic history to the world of flora, including that of the traditionally romantic rose, says Elly West

Love is in the air, and flower sales go through the roof this month when Cupid strikes on 14 February. Red roses are still the number one choice when it comes to communicating love through flora, with red being the colour of passion and desire. But why? Delve into the symbolic language of flowers and there’s a rich history and whole language, dating back centuries, to be discovered. The ancient Greeks, Romans, Egyptians and Chinese all said it with flowers, which have been used to express nearly every sentiment imaginable.

Red roses appear in poetry, literature, classical artwork, contemporary films and everywhere in between, but their earliest use as a symbol of romance was most likely in Greek and Roman times, when they were associated with Aphrodite and Venus, the goddesses of love. During Victorian times, a whole language known as floriography flourished, and sending flowers was a way to express secret messages, particularly romantic ones, which often could not be spoken aloud in those restrictive times. Victorians used flowers like we use emojis. Entire floral dictionaries were popular, including The Language of Flowers, illustrated by Kate Greenaway, first published in 1884 and still in print today.

Although flowers were usually sent to relay positive messages of interest, affection and love, they could also send a negative message. The same flower could even have a different meaning depending on how it was arranged or what it was with. A marigold worn in the hair, for example, implied mental anguish, while at the breast it could mean indifference. Daffodils have been associated with uncertainty, respect, unrequited love, and even deceit. And to receive just one lone daffodil meant misfortune. A bouquet of flowers could, therefore, be the ultimate passive-aggressive gift, and send the receiver straight to the dictionary to interpret what each bloom signified.

A bunch of hydrangeas and basil would actually be saying ‘You’re heartless and I hate you’, while one of ranunculus implied; ‘I am dazzled by your charms’. When Jane Eyre looks at snowdrops, crocuses, purple auriculas and golden-eyed pansies, Charlotte Bronte is telling us her protagonist is feeling hopeful, cheerful, modest and preoccupied with the connection between money and happiness. Who would have thought it?

Even today, many of these meanings and traditions still exist. Pink roses are a sign of warm affection, white are associated with purity, and yellow roses with friendship. And nothing quite says ‘I love you’ like the tightly packed velvet blooms of two dozen sumptuous red roses.

Garden roses seem to divide the nation, as they regularly top the lists of both our most loved and most hated plants. I must admit, when I first got into gardening and garden design, I wasn’t sure about including roses. They seemed more trouble than they were worth, and I couldn’t shake off that mental image of formal rows of hybrid teas, perhaps being sprayed by some retired brigadier-type. 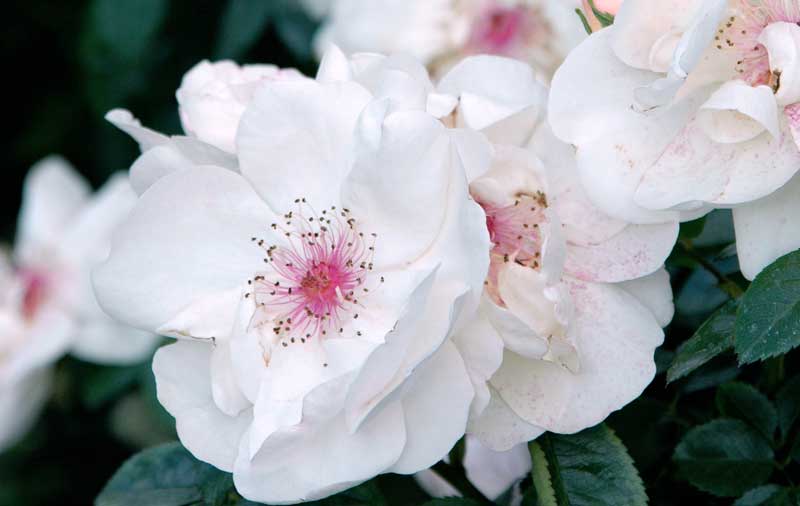 But modern roses are tough and stylish, with plant breeders working hard to create new, disease-free and even thornless varieties. Roses have a glamour that’s hard to beat, and can mix well in modern and cottage planting schemes, alongside perennials and ornamental grasses, grown as a hedge, or as part of a long-lasting container scheme. As designers have shown at Chelsea and elsewhere, there really is a rose for every place.

Always read the small print, and you can find roses that will do well in tricky spots such as shade, dry soil, or on a steep slope. Many of the modern varieties will also keep flowering for months on end, starting in June and continuing until October or even later, after which they offer attractive hips that encourage wildlife to your garden.

Bare-root roses are available to buy until March or even early April, and now is a good time to plant them as long as the soil isn’t frozen. Bare-root plants are generally good quality with wider roots than their container-grown counterparts, and often offer better value for money as well. Roses are ‘hungry’ plants, which is why they thrive in clay soils that hold the nutrients for longer. Dig in some well-rotted manure or other organic matter when you’re planting a new rose to give it a good kick-start, chuck a handful of fertiliser over the surface of the soil and fork it in as it gets going in spring, and again in summer. There are specially formulated rose feeds available to buy. I also dump the wood ash from my log burner around the base of roses, as it gives them a boost of potassium.

Given that there are 150 known species of rose, and literally thousands of garden hybrids, the David Austin website (davidaustinroses.co.uk) is a great place to start if you’re not sure which one to buy. You can search by colour, type or situation, and it also lists those thornless varieties. Although I always think that rather than complaining that roses have thorns, we could instead be thankful that thorns have roses. Happy Valentine’s Day!

This modern shrub rose is one of my favourites, and its beautiful ivory-white blooms almost glow, working well with just about any colour scheme, and alongside a wide range of perennials in a mixed border. Its single flowers have traditional, natural charm, but as a modern variety it’s been bred for disease resistance and a long flowering period. The flowers are freely produced on strong stems, sometimes from May right through until November if you remember to dead-head, and the pretty pink-gold stamens become more prominent as the flowers age. They also pack a soft, light musk fragrance. Plants reach about 1.2m in height and spread. Pruning should be carried out in late winter (wearing gloves). Remove any dead, damaged or congested stems, and cut back vigorous new shoots by about a third to stop them becoming straggly and to maintain a neat shape.

Next
Brendan Cole: Dancing to his own tune
Start typing to see results or hit ESC to close
bristol gender film history tv
See all results