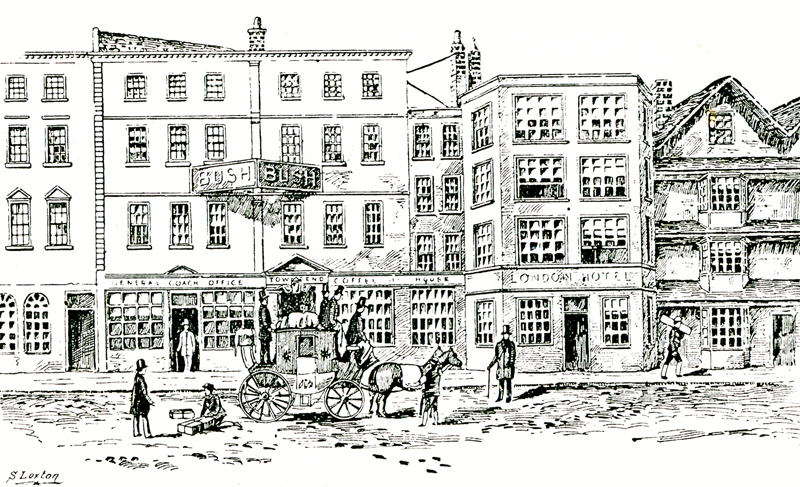 Ghosts of Christmas past

Andrew Swift looks back at the attempted abolition of the annual celebration and the Bristolians who fought to defend the right to eat, drink and make merry in the face of puritanical persecution

Christmas is, above all, a time of tradition, a time for singing medieval carols, recalling time-worn legends, retelling ghostly tales and summoning up the spirits of Christmases long gone. Not all the ghosts of Christmas Past, though, are that benign.

Four hundred years ago, Christmas Day marked, as it had done for centuries, the beginning of 12 days of merriment and overindulgence. Presents were given and received, troupes of actors staged festive entertainments, songs were sung, dances danced, taverns did a roaring trade, and little work got done. Times may have been hard, but this annual jamboree was a rare chance for people to let their hair down.

Almost inevitably, there were those – known as puritans – who disapproved and determined to put a stop to it. Although their views were well represented in parliament, there was slim chance of them getting their way as long as Charles I was king. When civil war saw power pass from the king to parliament, however, clamping down on anything that smacked of fun – including Christmas – began in earnest.

In 1644, parliament decreed that, far from being an opportunity for ‘giving liberty to carnal and sensual delights’, 25 December should be a day of fasting and reflection. Naturally, many people ignored the decree and carried on as before, but it was not long, especially in cities and larger towns, before soldiers were brought in to ensure compliance.

It was not just hedonistic high jinks that were outlawed; 25 December was to be a normal working day, with shops kept open and churches kept closed. You could even be arrested for decking the halls with holly or singing a seasonal carol.

Not surprisingly, Christmas became a major rallying point for those opposed to the puritan regime. Throughout the land, it was apprentice boys who were in the vanguard of direct action, forcing shopkeepers to close, and attacking those who resisted. In some places, ‘the church doors were kept open with swords and other weapons’.

There were major confrontations, involving injury and loss of life, in cities such as London, Canterbury and Norwich but, although similar skirmishes probably occurred in Bristol, there is no record of them until 1654, when a prolonged period of rioting broke out a week before Christmas. It started on Bristol Bridge, where apprentice boys attacked shops whose owners were planning to open on Christmas Day.

The following day, after the magistrates had been ‘contemptuously defied’ by around 1,500 demonstrators who had gathered around the Tolzey in Corn Street, they issued a proclamation ‘commanding all persons to refrain from disorder, and to retire to their dwellings’. This had no effect, and the disturbances continued.

On Christmas Day, which had been declared a national day of fasting, the authorities issued another proclamation, ‘enjoining the apprentices to return to their occupations and to forbear from the shutting down of shops which standeth open’. Not only did they pay no heed; their ranks were swelled by royalist sympathisers, who boldly raised cries for ‘the King’. Many of the apprentices were spurred on by their masters, and such ‘great affrightment’ was caused that troops were eventually brought in to restore order.

The ascendancy of the puritans was short-lived, however. In 1660, Charles II was restored to the throne. England’s brief dalliance with republicanism was over, and puritanism gave way to hedonism.

The attempted abolition of Christmas, however, has left us one legacy. Royalist pamphleteers saw the survival of traditions as inextricably linked to their cause, and adopted the figure of Old Father Christmas as a symbol of the good old days they were determined to restore. The personification of all that the puritans sought to destroy, he appeared in such best-selling tracts as John Taylor’s 1652 Vindication of Christmas and Josiah King’s 1658 Examination and Tryall of Old Father Christmas.

After Charles II’s restoration, the figure of Old Father Christmas survived as a character in mummers’ plays, and by Victorian times was firmly established as the avuncular figurehead of the festive season. Although he has since acquired attributes originally associated with his American counterpart, Santa Claus – such as distributing presents to children and riding a sleigh hauled by reindeer – the modern Father Christmas is still recognisable as the figure created by those who fought to defend the right to eat, drink and make merry in the face of puritanical persecution.

And – to end on a more cheerful note – nowhere was that spirit more amply embodied than in the person of John Weeks, landlord of Bristol’s most celebrated coaching inn, the Bush Tavern in Corn Street. Not only was the Bush immortalised in Dickens’ Pickwick Papers; its hospitality was so legendary that its Christmas bills of fare were published in newspapers as far afield as Dublin. These were hailed as shining examples of ‘the old English hospitality which at this season of the year used so universally to prevail throughout the nation’. For Christmas 1799 it ran to over 150 dishes, including a boar’s head, red and black game, 122 eels, a baron of beef, a roasting pig, 42 hares, 17 pheasants, 41 partridges, 17 wild geese, 81 woodcocks, 149 snipes, 17 wild turkeys, 44 tame turkeys, 116 pigeons, 52 barrels of Pyefleet and Colchester oysters, 430 mince pies and four pineapples. More questionable delicacies included a bustard, two bitterns, a cuckoo, 121 larks, 18 golden plovers, 72 pots of turtle, a peacock, seven curlews, two owls and a swan.

John Weeks kept open house, with newspapers announcing that ‘any person who calls for three-penny worth of liquor’ at the Bush ‘has the run of the larder and may eat as much as he pleases for nothing’. One report claimed that no less than 3,000 glasses of punch were sold before dinner on Christmas Day – which must have made for a merry meal. Such largesse did not last. The coaching era ended in the 1840s as railways spread across the land, and in 1854 the Bush was demolished, to be replaced by the West of England Bank, which later became Lloyds. In 2016, however, the spirit of the Bush was revived when the former bank reopened as the Bristol Harbour Hotel.