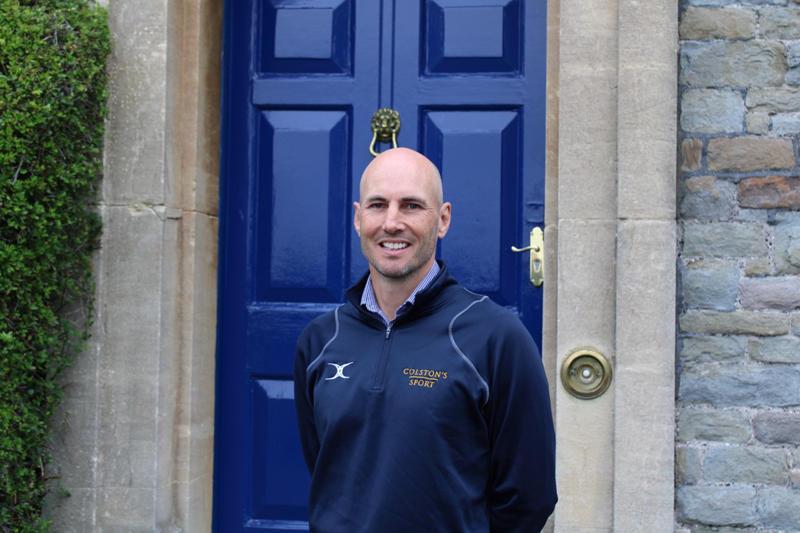 Following a very competitive process, supported by our friends from Bristol Bears, Colston’s School is pleased to announce the appointment of Girvan Dempsey as their next Head of Rugby. Mr Dempsey’s experience of playing and coaching at the highest levels, and his vision for the future of rugby for boys and girls at Colston’s, saw him emerge from a very strong field.

Headmaster, Jeremy McCullough, expressed his delight at the appointment: “We were fortunate to attract a very strong field of candidates with impressive qualifications and vast experience of the game. However, what really shone through was Girvan’s determination to ensure that all Colston’s rugby players would have a great experience of their school rugby, from our mighty U12 C Team, to those with the potential to pursue rugby as a career.”

Mr Dempsey leaves his post as the Attack and Backs Coach at Bath Rugby at the end of this season, having moved to Bath in 2018 following a very successful period with Leinster Rugby. At Leinster, he was initially Academy Manager and then a part of the senior coaching team that saw Leinster win the Heineken Cup in 2018. Prior to coaching Leinster, he had made 198 appearances for the club.

During these playing days, he was also a firm fixture in the Ireland back line, earning 82 caps for his country, playing in the 2003 World Cup and scoring 19 tries; placing him as Ireland’s 4th highest try scorer. Playing at full back behind Peter Stringer Brian O’Driscoll and Ronan O’Gara he was part of an Ireland team that secured three Triple Crowns.

As a schoolboy, he attended Terenure College and remembers watching Colston’s teams playing when on tour to Ireland. Mr Dempsey said “I am delighted to be joining Colston’s, an excellent school with a strong rugby tradition. Both staff and students are very impressive and it is clear that the school continues to aim high for its rugby players. I am passionate about coaching and eager to help the boys and girls at Colston’s fulfil their potential both on and off the sports field. The links with Bristol Bears and the excellent facilities mean I am very much looking forward to building on the school’s great reputation.”

Bristol Bears’ Director of Rugby, Pat Lam, commented; “I am absolutely thrilled that one of our feeder schools has managed to secure the services of a such a quality coach and person as Girvan. He will be a tremendous asset to the whole school community and we look forward to working with Girvan in the coming seasons.” Mr Dempsey will start his appointment as Head of Rugby at Colston’s with pre-season training ahead of the start of the new school year in September.