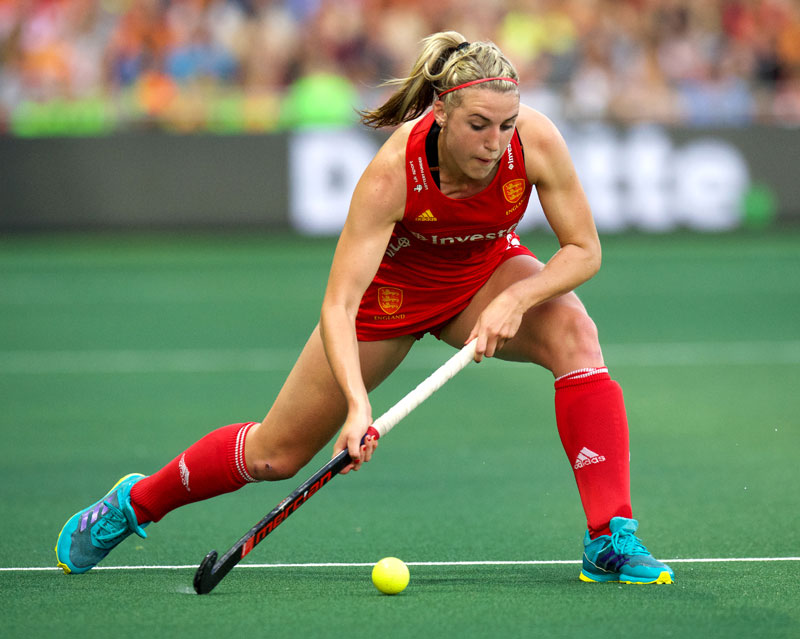 Get Lily Owsley talking about her love for Bristol and she’ll extol the virtues of her home city with the same unstoppable pace and freedom she is currently using to terrorise rival opponents on hockey pitches across the globe. “Bristol just has that special feeling, with it being home,” the 23-year-old says passionately. “It has its own unique feel and I can’t see myself settling down anywhere else when I’m older.” Whenever the opportunity presents itself, the bubbly gold medal-winning Olympian will drive the 100 miles back from her training base at Bisham Abbey, in Berkshire, to Bristol for a long weekend, taking in anything from family roast dinners and backgammon tournaments to watching her beloved Bristol City play football.

“It is a city with so much fun and with some great sports sides,” she adds. “I go back mainly to watch City as I’m a season ticket holder but I tell my parents it’s to see them!”

That’s when time allows, of course, and she isn’t flying off to tournaments as an England and Great Britain hockey player. After being voted junior player of the tournament at December’s World League Final in New Zealand, featuring the world’s top eight sides, she is now regarded as one of the most feared forwards in world hockey as she heads into a key year for the sport, with England hosting the Vitality Women’s World Cup in July.

Such has been Owsley’s professional ascent, one could even make comparisons with Constitution Hill – her home sits beside the steep gradient in Clifton – given that she first picked up a stick aged 13. Before her hockey exploits, she was a multi-talented sportswoman in football and athletics; in her early teens she played with Bristol City Ladies and was a rising 800-metres runner on the track with Bristol and West Athletics Club.

“I trained every day,” she recalls. “With Bristol Academy it was on Tuesdays and Thursdays and I played on a Saturday; the athletics was in between all that and I tried to fit hockey in during the day as well.”

“…As she heads into a key year for the sport, she is now regarded as one of the most feared forwards in world hockey…”

As the London 2012 Olympics loomed, the former Clifton College student was running in the English Schools Championships in Gateshead, competing in yet another national final. It proved to be her last athletics meeting as she soon joined GB hockey’s junior programme.

Since being offered a coveted centralised contract at England Hockey after the London Games, Owsley has simply lived and breathed the sport. This April she heads to the Commonwealth Games on the Gold Coast, where England will hope to atone for the heartache of missing out on gold to Australia in 2014. Owsley scored in the final before their fierce rivals equalised with 11 seconds left and then won on a shoot-out.

But she didn’t have to wait long before a first major success, with European gold in 2015. The natural ups and downs of elite sport then saw her struck down with potentially fatal disease meningitis. She spent several days in hospital but never doubted her recovery. “I’m young and fit so I knew I’d make a pretty speedy recovery!” she says confidently. 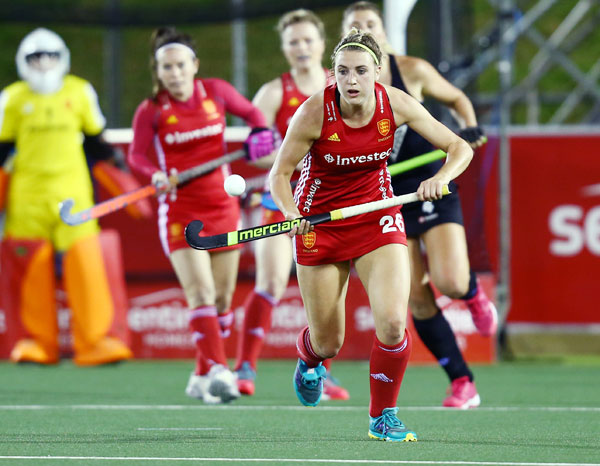 This was followed, famously, by Team GB’s stunning success against Holland in the Rio 2016 Olympic final. Owsley scored in normal time before the BBC 10 o’clock news was delayed so that the British public could watch the thrilling conclusion as the women’s team won gold in another edge-of-the-seat shoot-out.

The Dutch were going for a hat-trick of Olympic titles, yet Team GB matched their brand of hockey to brilliant effect in the final. For Owsley and co, it was testament to the squad’s collective spirit and togetherness – honed from hours of practice at Bisham Abbey – which put the fear into their Dutch rivals.

That much was down to the brilliance of goalkeeper Maddie Hinch, who had proved the hero a year earlier when she shut out the Dutch in an equally enthralling shoot-out at the European Championship final in London. By the time the two sides confronted each other at the Olympics, Great Britain had the mental edge as the Dutch tried various mind games to unsettle the second favourites.

“…Lining up in the tunnel, there was such a quiet confidence; we were looking into each other’s eyes with the utmost belief…”

“We had a lot of quiet confidence and we didn’t need that external energy,” recalls Owsley. “Whereas, for the Dutch, it was like they could still intimidate us being the number one ranked side in the world. “It was never going to get us. We were in such a bubble. We built such a wall and we were in that moment. They were shouting, screaming. It was weird – it was like a battle when everything is going on around you and there is so much noise. Lining up in the tunnel, there was such a quiet confidence; we were looking into each other’s eyes with the utmost belief.”

The rest is history and life changed inextricably for Owsley and her team-mates thereafter. There were talk shows, public appearances and New Year’s honours, with Owsley receiving her MBE at Buckingham Palace last March. She invited her grandmother, and remembered going up to London to visit her as a child; climbing on the railings to take in the Palace facade. Then there she was, collecting her honour in a second visit to the Mall.

“I used to think one day I might get inside, thinking probably more that I might break in or something,” she jokes, “so to be invited in more than once was an incredible feeling. It was great that it was Prince Charles giving the MBEs, as he was the last of the royals we hadn’t met. What an experience.”

Yet for all the shoulder rubbing at high-profile events, Owsley remains as grounded as they come. The competitive edge remains too – and for that she would thank her dad, Richard, and mum Jen, who heads the education and safeguarding department at Bristol City FC.

Whenever the Owsleys go on holiday – her sister, Emily, also plays hockey while her brother, Freddie, is a talented sprinter – there will always be competitions over board games or other activities. And when Lily returns home she will often head, with her father, to Bristol Backgammon nights at Rainbow Casino on a Thursday. “It’s great to have pastimes outside of hockey,” she adds of the pressures she sometimes faces at Bisham Abbey.

In an autumn backgammon tournament, Owsley found herself drawn against one of the UK’s best players. “It stayed tight all match. He was getting so rattled,” she remembers. “There is an element of luck and probability but I ended up winning, then losing to my dad in the semis.

“Of course, there is the competitive side with him. The loser has to walk home while the winner gets to drive!”

Owsley’s love of all sports is entwined with our city’s own vision thanks to Bristol Sport, the foundation set up by wealthy businessman Steve Lansdown and which links community programmes across the city through football, rugby, cricket and beyond. “All the major city teams all come together and it’s a great feeling,” says Owsley. “It’s a fantastic project and it means anyone can get behind every sport.”

The sportswoman can one day see herself working within these projects when she eventually winds down her career. “Bristol Sport means so much to me. They have been brilliant in supporting me and I have made a lot of friends through them,” she says.

“I love where it’s going. Every city or tight community should have something like this project. It gives everyone a sense of belonging through a range of sports, from grass roots to elite level.”

For now, Owsley and her team-mates are intent on giving back to the sport on a national scale. Heading into World Cup year with several new faces and on the back of a huge rise in popularity, tickets for all of England’s matches at the 10,000 capacity stadium on the Olympic Park have already sold out.

“It’s all about 2018,” adds Owsley, who is currently studying sports science at Birmingham University. “We are still developing and still learning.”

The same can be said for the attitude towards women’s sport too. “With success in recent years of the England rugby, football and cricket girls, it feels like everyone is taking a real step forwards,” she smiles. “We are now a big factor for pushing it on and not just for settling for where it has come to now.”

And all the while you sense that she is also concocting ways to get one over her dad on the backgammon board.

Saturday: We are woken up at 8am by mum to watch her in a Park Run event (she has completed over 100 of these). We jog down to Ashton Park and if I don’t have hockey I will participate or grab a coffee. We brunch at Primrose Café in Clifton and then go down to Ashton Gate again to watch Bristol City. If it’s this season, we will all come home beaming. Sunday: I would have a kick about on the Downs or maybe go to Bristol and West Athletic Club where I still train. It’s like a family whenever I go down there, still. Then it’s back home for a fabulous roast cooked by Dad.

Next
Taking the pain out of exercise