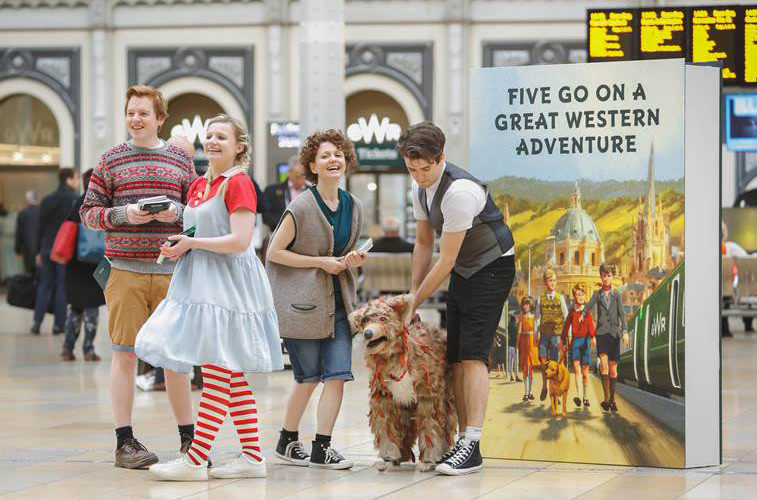 Great Western Railway (GWR) is supporting World Book Day 2019 by bringing the Famous Five to life and launching a new book based on the popular series by Enid Blyton.

School children from New Hinksey C.E Primary in Oxford helped unveil the new book which will be given away to thousands of kids on-board GWR services on World Book Day on 7 March 2019.

Copies of the book will also be available to be won for anyone by entering a competition on the GWR Facebook and Twitter social media channels.

GWR Managing Director Mark Hopwood said: “World Book Day is such a great opportunity to promote literacy and a sense of adventure from reading books. We’re excited to unveil this exclusive story featuring the Famous Five and hope it will encourage people to enjoy adventures of their own by train.”

The latest story focuses on the Famous Five chasing a jewel thief and the adventures they have along the way. Locations across the South West, South Wales, West of England and Thames Valley feature in this latest must-read.

100 copies will also be distributed to children living in care in Swindon. The Wiltshire town has some of the lowest literacy levels in the UK.

Director of the National Literacy Trust, Jonathan Douglas, said: “We know that children who have books of their own do better at school and are happier with their lives. But 1 in 8 disadvantaged children in the UK don’t have a single book of their own at home. We are delighted that Great Western Railway will be bringing the joy of books and reading to so many children and young people this World Book Day.”