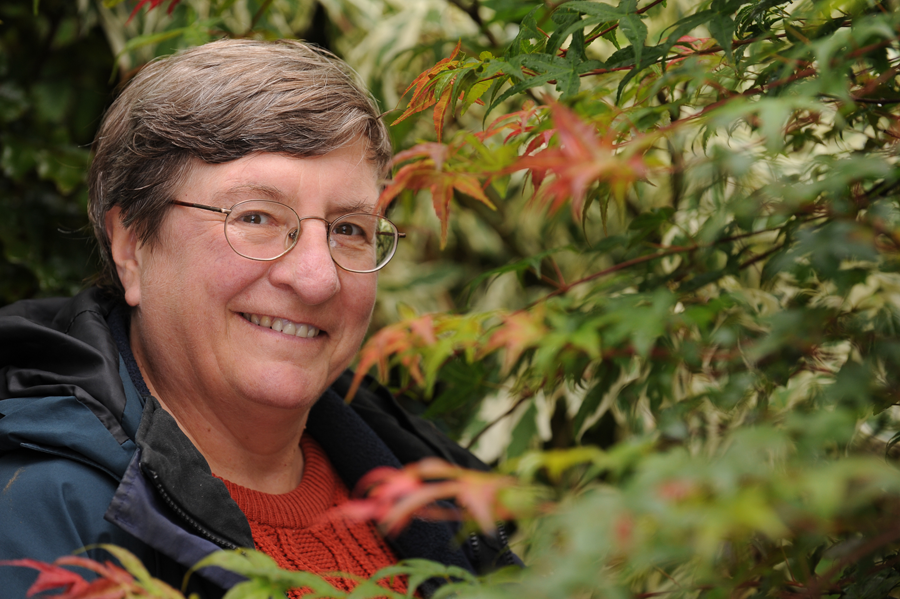 Growing Together with Christine Walkden

Professional gardener and BBC One Show broadcaster Christine Walkden is showing support this year for community initiative Growing Together. But it’s not just about having green fingers, as Emma Payne discovers

Growing Together is an initiative aiming to develop grass-roots growers and create sustainability for community farms who are interested in nurturing their own produce. Comprising seven partnership organisations, Growing Together has secured £800,000 of Big Lottery funding to help provide people with the confidence, skills and knowledge to sustain themselves – and they’re looking for ‘local heroes’ in Bristol to get involved and spread the word. We caught up with Christine Walkden, one of the campaign’s passionate supporters, to find out more…

Why have you decided to support the Growing Together ‘Local Heroes’ campaign?

Because I think it touches everybody and everybody has got something to give. It’s about giving something of yourself. That can be simply taking a photograph, buying a veg box, attending events, or just giving somebody your time.

So you don’t necessarily have to be experienced in gardening or growing vegetables?

No, this is something that every single person in this country can get involved in, be it a 2-year-old or a 97-year-old! Because we’ve all got skills, and we’ve all got something to give. It may be that you’ve got calligraphy skills and you can write the board for an open day nicely, it may be that you’re a cobbler and you can mend somebody’s shoes… You needn’t worry that you don’t have any skills to offer, because you have! Growing Together is about everyone using their unique skills – be it gardening, photography or calligraphy

And it will bring the community together!

Yes, I think community spirit tends to be dissipating these days with modern life. Yet there’s that great song, ‘people that need people are the luckiest of people’, which is true because we can’t live in isolation. None of us do. There’s nothing nicer than sharing, and Growing Together is about encouraging people to go along, buy a box or give someone a spare packet of seeds!

Do you feel like we’ve lost touch with nature and the process of gardening?

There are still communities that do this sort of thing – Women’s Institutes and the like – and they enjoy each other’s company. But modern life is all about rush, rush, rush. This is about stepping back.

It’s fantastic to have something that encourages people to step away from technology – mobile phones being a prime example!

Oh, don’t! People don’t even see what’s in front of them…until they walk into a tree trunk! And don’t talk to me about ‘apps’… There are plenty of horror stories about products in the supermarkets, so it’s nice to grow your own produce and know where your food has come from…

I think we are seeing a move away from modern production. People don’t realise the satisfaction that can be had from planting a tiny spec of seed, and then harvesting something. No matter what people say, it really isn’t that difficult! If you’ve had kids and grown them into adults, you know how to grow a flipping plant!

“…the most I walk is 75 yards to get my vegetables. From the garden to the pan in 20 minutes, you can’t get fresher than that!”

It’s particularly nice to eat seasonally, and work your meals around what you are growing…

Well, absolutely. We’ve lost that, and I think it’s a great shame. There’s something really nice about looking forward to the strawberry or runner bean season. And we can reduce food miles too: the most I walk is 75 yards to get my vegetables. From the garden to the pan in 20 minutes, you can’t get fresher than that! For Christine, there’s nothing finer than home-grown veg, image © Pexels

What advice would you give to somebody who feels they don’t have the time or confidence to cultivate their garden or allotment?

It’s just about getting started. What most people do – the fatal mistake – is they look at the entire garden and try to do it all in one go. Do a square metre, and then do another square metre once you’ve realised you can cope. And all of a sudden you’re garden’s blooming, and you’ll think ‘blimey, I didn’t realise I could do that!’

“This is something that every single person in this country can get involved in, be it a 2-year-old or a 97-year-old!”

And it doesn’t have to be about confidence, either. I was involved in a scheme and there was a right little ruffian lad, who was always causing trouble in the area. He came over and he was watching me pricking out (spacing out new seedlings). He looked at me and said, ‘you like doing that don’t you? Why’s that then?’ I explained it was all about growing and nurturing, and I knew in a few month’s time I’d be harvesting and enjoying the tomatoes. He had a go and he was quite good! I saw his Mum again a few months later and she told me he had been growing all sorts of things – but especially liked pricking out just as I had taught him.

And gardening is excellent for mental as well as physical health isn’t it?

Absolutely. The sharing and giving that people have has been shown time and time again to help with depression, mental illness, isolation… Just get out into the community and be with people. And if you are the shy, reserved type, just go along and have a look.

“What most people do – the fatal mistake – is they look at the entire garden and try to do it all in one go. Do a square metre, and then do another square metre…”

Could you have groups of schools coming along and getting involved in Growing Together too?

Of course! You can have little scallywags pulling out plants and doing things. Some of them are great at doing designs and making things. They’ve not got the inhibition that adults have. Famous faces: Katie Rushworth is another supporter of Growing Together

What first drew you to horticulture?

I was standing on my plot aged 11 and as soon as I started seeing things growing I thought, ‘I can do this!’ It is so exciting, and I still get the same thrill every year. It’s a miracle that you put this spec of dirt in the ground, and all of a sudden you’ve got green leaves! I grew so much, and sold plants and veg to my teachers at school.

Why do you think Bristol is such a centre for campaigns like Growing Together?

Well Bristol has done an awful lot with edible growing and community groups springing up all over the place. I think it’s fantastic! It’s all about the people – you can throw as much money at something as you want but if you haven’t got the motivation and the spirit behind you from the people, it’s as dead as a dodo. Everything in life is about people.

To find out more and get involved in the Growing Together initiative, visit growingtogether.community