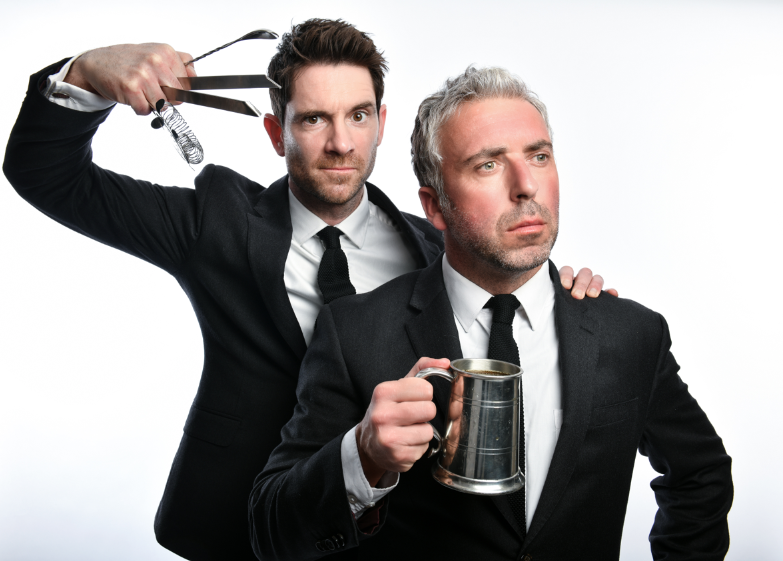 Two historians with a healthy interest in alcohol are heading for Bristol’s Hen & Chicken this month, having cleverly transferred their expertise from the page to the stage to produce some cracking ‘alco-demic’ comedy theatre

Dynamic drinking duo Ben MacFarland and Tom Sandham met back in their twenties while working on a pub magazine and came up with the idea for their novel double act during a boozy American road trip. We grabbed a few minutes with Ben to find out more about the act and how it came about.

In 2004, we were working on The Publican, a newspaper which folded almost as soon as we left. It was sent out to all the pubs and bars in the UK. I was the drinks writer; Tom was a roving reporter who called landlords and asked them tough questions such as ‘how often do you host a meat raffle’? It was hard-hitting stuff. Soon after leaving, we joined forces and wrote a book called Good Beer Guide West Coast USA, a discerning drinker’s guide to the craft brewing scene in California, Oregon and Washington. The ‘research’ took us over three months, taking in every brewery and brewpub on the West Coast – it was brilliant fun and, having spent over 12 weeks in each other’s pockets, sleeping in hire cars and getting chased out of a bar in San Diego by some Marines, we thought we could certainly handle working together so we set up Thinking Drinkers.

As our background was in journalism, it was initially an editorial idea but we soon realised that simply writing about drink was not enough – we needed to add a live element. Having become disillusioned with deadly dull drinks tastings and after spending a few days up at the Edinburgh Fringe seeing lots of different shows, we decided to transfer our expertise from the page to the stage in 2011 and turned our tastings into comedy theatre productions. It was a bold decision given that we hadn’t been in a play since primary school and, crucially, we had no idea what we were doing. But we wrote a decent script and were then thrust into a two-day acting boot camp with a very patient and talented director.

Within weeks we were performing The Thinking Drinker’s Guide to Alcohol in a freight container at the Edinburgh Festival. Within 12 months it had transferred to the West End before returning to the Edinburgh Festival for nine successive years with different shows and, rather than just a muck-about, performing on stage up and down the country is now our main job. We know it sounds like a strange way to earn a living (everyone always says stuff like ‘nice work if you can get it’…) but we realised we were onto something when we started looking beyond the mere booze in the glass. While the way drink is made can be fascinating and while it can deliver some fabulous flavours (not to mention ‘uplifting’ effects), simply talking about drinks on its own can be rather one-dimensional.

As historians with a healthy interest in alcohol, we realised that the real interesting stuff emerges when you place it in a historical and cultural context, broadening it beyond booze into the past, the people and the places that have shaped it. Historically, drinking and alcohol is the cornerstone of civilisation – always has been – and there are so many fascinating stories and interesting anecdotes linked to drink. The reason that monkeys were coaxed down from the trees and evolved into man was because of sweet smelling fruit fermenting on the jungle floor. If it wasn’t for drink, we literally would not be here.

…Monkeys were coaxed down from the trees and evolved into man because of sweet-smelling fruit fermenting on the jungle floor. If it wasn’t for drink, we literally would not be here…

In the last year, the UK spent nearly £22bn a year on alcohol – more than ever before – and the number of craft brewers and artisan distillers and winemakers has exploded in the last five years or so. Yet, the number of people cutting down their consumption increased too. This means people are following the Thinking Drinkers’ mantra of drink less, drink better and becoming increasingly interested in what’s in their glass. They are willing to pay more for it too. Our shows can slake this thirst for knowledge. But we deliver it in a silly way – by stripping down to our underpants, doing magic tricks, singing, dancing and doing loads of ‘funnies’.

Drink is supposed to be fun. Laughing and enjoying a beer is a much-needed break from the daily grind. Also, comedy is a great way of getting information across and it makes the experience so much more memorable. People have a lot of fun at our shows – they laugh a lot, they learn a lot and they get five free drinks. Did we mention the five free drinks?

Last year’s show, Pub Crawl, saw us embark on selfless two-man mission to save the beleaguered British boozer with a bar-hop through history – stopping off at wild west saloons, South American beach bars, gin palaces and the oldest building ever built by man (which was essentially a pub). This year, with Heroes of Hooch, we slide you gently onto the bar stool of discovery as we explore the liquid lives of history’s most extraordinary elbow-benders. It’s a hilarious, informative imbibing adventure that celebrates those who have used alcohol to light a fire under the rocking chair of moribund ideas rather than those irresponsible imbibers who have given drink its devilish reputation. These include Alexander the Great, Harry Houdini, Louis Pasteur and Albert Einstein, a moose that drinks lager, an astronomer with a metal nose, a Chinese pirate, Indian warriors and, last but not least, God.

It’s all accompanied by five fantastic drinks: Four Pillars Bloody Shiraz Gin – an intriguing, innovative, ruby-coloured Australian gin created by steeping whole Shiraz grapes from the Yarra Valley in Australia; Diplomatico Rum – a luxury Venezuelan sipping rum matured in tropical conditions to deliver a rich, chocolate taste; and The Singleton of Dufftown 12 Year-Old – a deliciously smooth award-winning, approachable single malt matured in oak and bourbon casks. Then there’s Grand Marnier Cordon Rouge – this legendary French liqueur from 1880 is a blend of fine cognacs and distilled essence of wild tropical oranges; and Tetley’s Original, a beautifully balanced Yorkshire ale first brewed back in 1822 using half a dozen English hops and a famous double-yeast strain. A cult classic. At a time when alcohol finds itself in the cross-hairs of the do-gooders gun, Heroes of Hooch proves that, contrary to common perception, a whole lot of life’s answers can be discovered at the bottom of a glass.

The hardest element to add into a show is dancing. It’s harder than it looks. We have been very lucky to work with Caroline Pope, a world-class choreographer with brilliant ideas and a lot of patience. While we can do both the running man really rather well, our dance in this year’s show is especially difficult and hammers our hamstrings on a nightly basis. Really hard work but really good fun. It’s such a laugh driving around the country in our ex-Royal Mail van and it’s great, after the show, to explore the local pubs, bars and, maybe if we’ve been really good boys, takeaway establishments.

If we had to stick to one drink for the rest of our lives… For me it would be a bottle of Bordeaux and some Minstrels (grab bag). Tom says it’s difficult to beat a Martini and a packet of twiglets.

Modesty doesn’t prevent us from saying that making people laugh and people clapping is a great feeling. But the most amazing thing about performing live is that no matter how badly you need it beforehand, the urge to go to the loo instantly disappears as soon as the lights hit you. It’s extraordinary. We’ve decided to rigorously test this theory during the tour – so come and see that if nothing else… 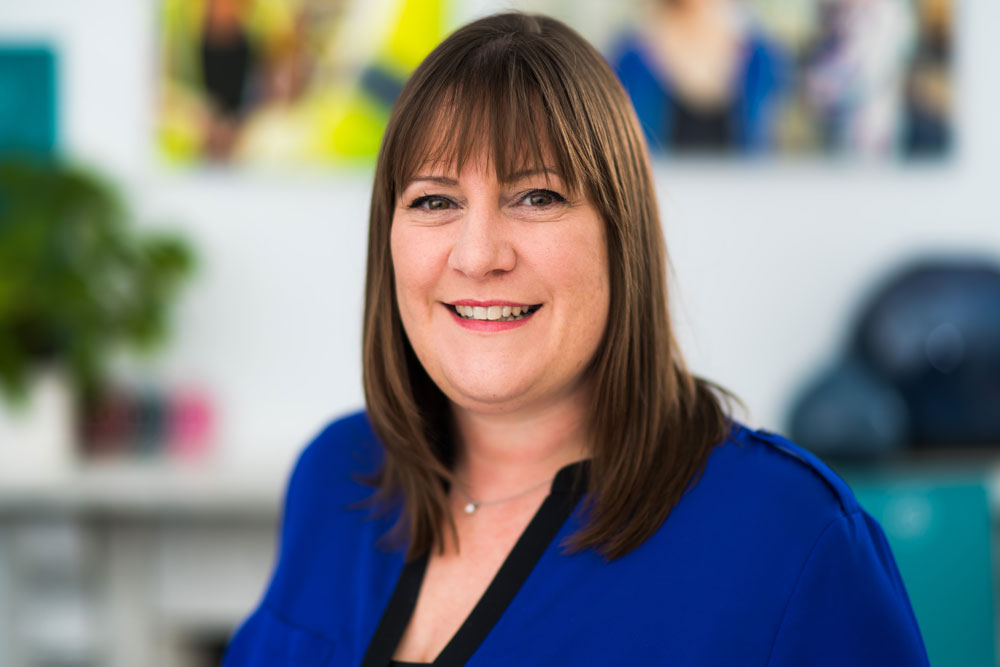 Mogers Drewett:Buying and selling homes during COVID-19
X
We use cookies to ensure that we give you the best experience on our website. If you continue to use this site we will assume that you are happy with it.Ok