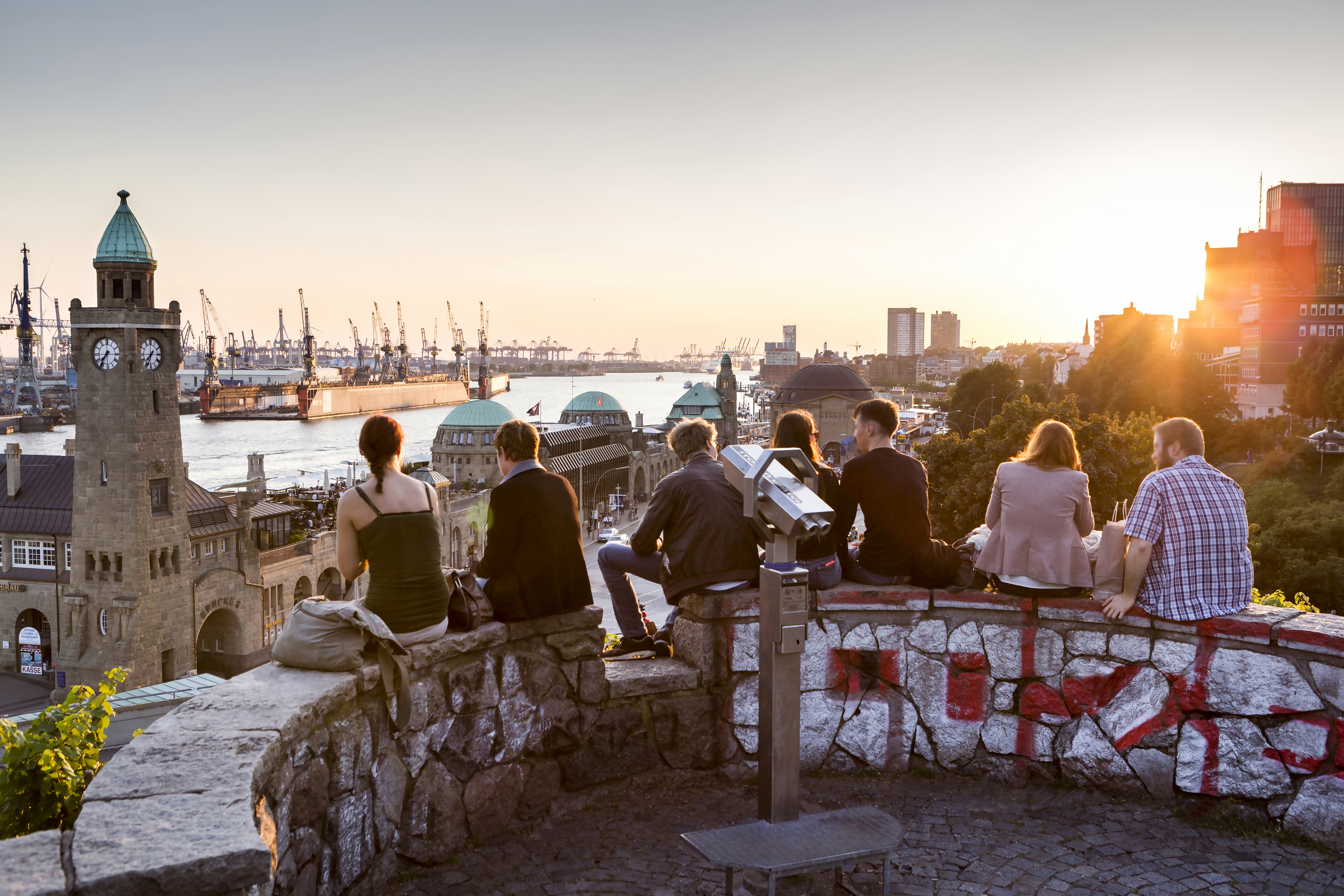 Travel: Hip to be in Hamburg

Grab a millennial and ask them where the trendiest spot in Germany is and you’re guaranteed a lengthy discussion about the indie coffee shops, bountiful street art and Instagram-worthy sights in the go-to cities – think Berlin, Munich and so forth. And sure, you can follow the latte-toting crowds and tick off the most famous sights, but we reckon we’ve found the perfect harbour-town-meets-party-city blend in a chic, vibrant metropolis way up north…

On first impression, central Hamburg comes across as a utilitarian, industrial place – rather fittingly, it being an economic hub for import, export, and production. Its maritime identity pervades in every corner of the city, from the shipping container apartments of the rapidly developing HafenCity (harbour city) and the buzzing Sunday morning fish market to the impressive, hull-like architecture of the Chilehaus building. Affectionately known as Fischköpfe, or ‘fish heads’, Hamburg’s locals have a lot to be proud of, boasting a major European port (Germany’s largest) which sprawls across the Elbe river – Bristolians will be able to get on board with the harbourside vibes as cranes and disused tram lines form the backdrop of a waterside stroll.

Away from the cut-and-thrust of the international trade scene, however, is a refined, cosmopolitan and bohemian side to the city. Home to national publications Der Spiegel and Die Zeit as well as an ever-expanding games design and digital hub, Hamburg has its finger on the pulse. And as night draws in, the St Pauli district takes on a trendy Parisian vibe, as locals line the pavements, beers in hand, outside glowing bars and pubs.

Wanting to check some of the beer-guzzling culture-soaking action out for ourselves, we boarded a BMI Regional flight from Bristol and found ourselves in the midst of the city in less than two hours. Having enjoyed a complimentary drink and sarnie on board, the usual post-flight fatigue was nowhere to be found as we hopped onto Hamburg’s underground – a no-fuss way to get from A to B, which only took a bit of getting used to for us bicycle-loving Bristolians.

Our jam-packed itinerary allowed little time for recovery at the four-star Hyperion Hotel – a pity given the plush, air-conditioned rooms and tempting spa – so after hastily ditching our bags we pushed on, with Hamburg’s newly opened Elbphilharmonie in our sights. Built on an old harbour warehouse on the Elbe, the resplendent Elbphilharmonie is very much a jewel in the city’s cultural crown – it glittered in the sun as our guides enthusiastically discussed its three concert halls, hotel and restaurant. Not without controversy, its creation cost almost 10 times the original budget, but as we gaze out at the 360° bird’s eye vistas, we’re convinced it’s worth the hefty price tag. After roaming through the disused redbrick Speicherstadt (warehouse disctrict), we were glad to settle our weary selves at Nil – a bustling St Pauli eatery offering seasonal gourmet cooking, and where seating options include a cool art-deco gallery. We were more than satisfied with the simple yet expertly executed dish of braised ox cheeks that graced the table, however the highlight was a take on English home-comfort rhubarb crumble – comprising delicate pink pieces of rhubarb, biscuit crumb and vanilla ice cream.

As the last of the wine was finished off, we turned our attention to the evening’s entertainment – a Beatles tour from Fab Four authority and singer-songwriter Stefanie Hempel. Initial misgivings at the sight of a ukulele were quashed as Stefanie – clad in a velvet blazer, eyes twinkling – flew through St Pauli, serenading us with all the classics. The charming mix of history, pop culture and music made for a memorable and unique insight into the city – and an ideal start to a night on the town. Being a harbour town, and historically a place of respite for well-travelled sailors, Hamburg has a thriving nightlife, from cocktail bars and live music venues to theatres and racy clubs. Top of our list was the appropriately named ‘Clouds’ bar on the dizzying top floor of the ‘Dancing Towers’ highrises – possessing panoramic views and an expansive drinks menu spanning highball classics, beer cocktails and over 40 different types of gin (seriously, they’ve got them in alphabetical order). After a night of revelry on the neon Reeperbahn strip, the sensible morning-after options include a gentle harbourside stroll, boat tour and leisurely browse of the Schanzenviertel district’s weekly flea market. Brave early risers (or, more often, late partygoers) might even make the bustling fish market, open between 5am and 9.30am. We opted for a bountiful hotel breakfast, followed by the Ratsherrn brewery tour – a ‘hair of the dog’ alternative, complete with tastings and tales of the city’s rich brewing history.

No visit to Germany is complete without wurst making an appearance, and if traditional Teutonic snack food is what you’re after, you can’t go wrong with no-frills eatery Schmitt Foxy Food in the Karolinenviertel quarter of St Pauli. Surrounded by cool independents, boutique shops and graffiti-laden backstreets, Foxy Food’s currywurst and Fritz-Kola was a welcome restorative. Just don’t expect anything close to resembling curry because, despite the name, it’s more tomato sauce with sausage pieces (delicious nonetheless).

After stuffing ourselves with samples at the Chocoversum chocolate museum and marvelling at the Miniaturwunderland (so much more than a miniature railway, just take our word for it), we rounded off our sunny city break with one last trundle around the districts. From the industrial harbour and the charming old town, to carefree St Pauli and the flashy Reeperbahn, we reckon Hamburg is up there with Europe’s trendiest big cities – and a maritime, street-art loving home from home for Bristolians. Bis bald, Fischköpfe!

Getting there: Direct flight from Bristol to Hamburg – from £95 one way, including 23kg hold luggage, on-board refreshments and speedy check-in; flybmi.com

We stayed: Hyperion Hotel Hamburg – we used comparison platform HotelsCombined to find the best option for our trip