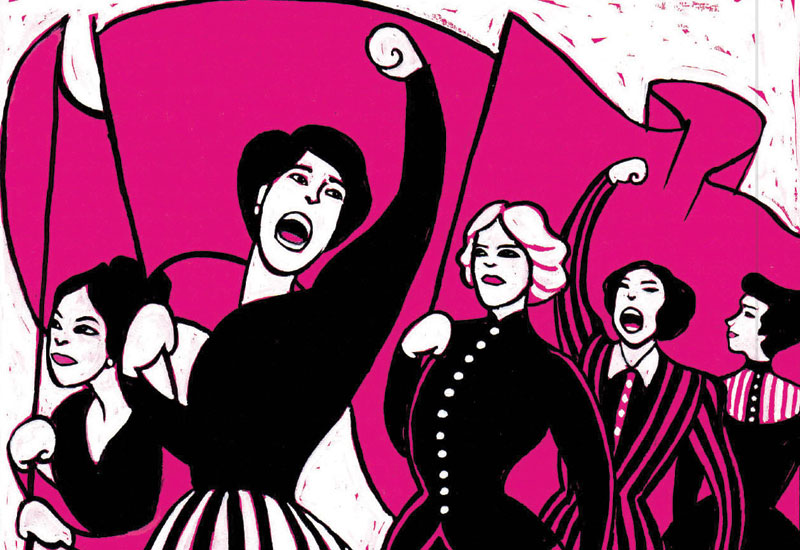 The history of Bristol’s suffragettes

Local author Jane Duffus has a new book out this month, cataloguing more than 250 fabulous females from Bristol’s past. Here, we’re introduced to a few of the suffragettes who impacted on the city’s history…

This year is a big one for women in Britain. Because 100 years ago, after decades of campaigning, women were finally granted the vote (so long as they were over 30 and met certain property requirements – full voting rights would come in 1928). To mark this victory, Bristol will be celebrating its ‘herstoric’ achievements with a programme of events led by the charity Bristol Women’s Voice (bristolwomensvoice.org.uk).

As well as a one-off special return of the award-winning, all-female comedy event What The Frock! at the Bierkeller on 2 March, there will also be a full day of free workshops, talks and events at City Hall on 3 March – including a guided walk around the city led by acclaimed suffrage performer Naomi Paxton – and much more throughout the year.

There’s also a book, The Women Who Built Bristol, (as seen on our front cover this month!) being published this month; a compendium of more than 250 women who shaped Bristol into the city we know and love today. So below, linking to the suffrage theme, are potted histories of some of our city’s finest suffragettes – snippets that just scratch the surface of what these women achieved…

Annie was a rare member of the Women’s Social and Political Union elite who had come from the working classes, having been a cotton-mill worker in Lancashire. Such was her charismatic personality that by the time she moved to Bristol in 1907 to lead the WSPU, the nearby Blathwayt family were so enamoured by her that they nicknamed their suffrage garden ‘Annie’s Arboretum’. Annie’s time in Bristol coincided with a general election and it was not unusual for her to be speaking at three or more different meetings in just one day. 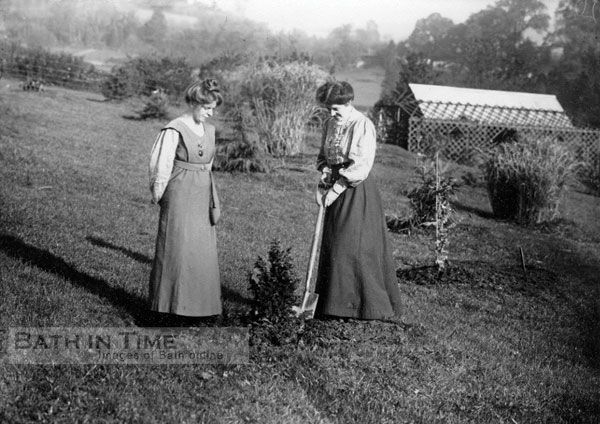 Hearing Annie Kenney talk in 1909 spurred Mary into action. Just weeks later, she was in prison for militancy, enduring hunger strike and three rounds of forced feeding. While set to work in jail, mending men’s shirts, Mary took the opportunity to embroider the words ‘Votes For Women’ into the shirt tails. Her third sentence of 1909 saw Mary sent to Horfield Gaol for breaking windows at the Board of Trade Office.

Lilian was born in Clifton, and by October 1908 was a member of the WSPU, hosting fundraising tea parties. Lilian succeeded Annie Kenney as honorary secretary of the Bristol branch in autumn 1911. By 1913, she was a member of Mrs Pankhurst’s bodyguard and on 9 March attempted to protect her from the police at a meeting in Glasgow, which descended into violence. A couple of days later, plucky Lilian was arrested.

On 15 November 1909, Winston Churchill was due in Bristol to speak at Colston Hall so Theresa went to Temple Meads to welcome him. Armed with a horse whip, she set about striking Churchill while shouting: “Take that in the name of the insulted women in England!” When arrested, Theresa gave her name as ‘Votes For Women’ and received one month in Horfield Gaol. In protest, she set fire to her prison cell and went on hunger strike.

Vera became interested in the suffrage movement in 1908. She was the chauffeur to Emmeline Pankhurst and was Britain’s only female chauffeur at that time. Dressed in a smart uniform and wearing her RAC badge of efficiency, Vera drove Mrs Pankhurst around in an Austin Landaulette owned by the WSPU. In addition, with Elsie Howey she famously hid in the organ at Colston Hall – more on this escapade later…

Jessie was working as a maid in 1912 when she received her first taste of activism through organising maidservants in Glasgow into the Scottish Federation of Domestic Workers. By the age of 16, she was vice chair of the Independent Labour Party in Glasgow, as well as a militant member of the Women’s Social and Political Party. Following decades in London at the frontline of the campaign, in the 1950s Jessie moved to Chessel Street, Bedminster and became the first female president of the Trades Union Council. Jessie was elected as a city councillor of Bristol in 1952 and used this as an opportunity to speak out about birth control. In 1978, Jessie received the MBE for her trades union work. 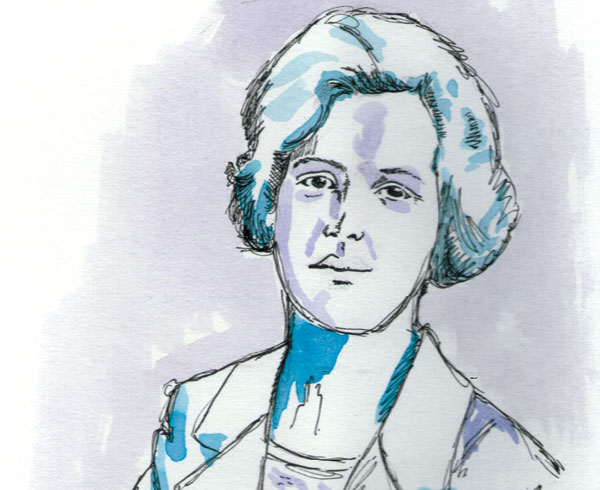 In May 1909, Elsie and Vera Holme hid in the pipe organ at Colston Hall and interrupted the speech of a cabinet minister with shouts of “votes for women!”. Elsie was attacked at a public suffrage meeting in Bristol in June, arrested in July for demonstrating and sentenced to seven days before going on hunger strike. Elsie took the symbolic role of Joan of Arc at the funeral of Emily Wilding Davison in 1913.

Having already proved her worth at the WSPU headquarters in London, Aeta was dispatched to Bristol in 1907 to help Annie Kenney set up the Bristol branch. When medical students threatened to break up a meeting in the Victoria Rooms on 3 April 1908, Aeta hired six professional boxers to protect the speakers. She had misgivings about the rapidly escalating WSPU militancy but continued to support the Pankhursts and was still working for them when the First World War broke out.

Although her stay in Bristol only lasted a few months, we can claim Adela as a brief Bristolian. Emmeline Pankhurst’s youngest daughter came to Bristol in the summer of 1908 to help Annie Kenney before moving on to become WSPU organiser in Yorkshire that autumn. Like the rest of her family, Adela was a frequent visitor to the Blathwayts’ home in Batheaston and planted a tree in their wood.

Jessie Spinks was an ordinary shop girl who turned herself into the super-suffragette ‘Vera Wentworth’ after joining the WSPU. In November 1909 she was released from Horfield Gaol where she had been force fed. Speaking to the Western Daily Press, she said: “At four o’clock on Tuesday afternoon they brought a nasal tube. They forced me onto my bed and six wardresses held me down. I resisted all I could but it was impossible to hold out against them. That was done twice a day until I came out.”

Born at 20 Charlotte Street, in 1890 Emmeline went to London, where in 1901 she married Frederick Lawrence. During the week they lived at Clement’s Inn, providing an office for the WSPU. Emmeline became treasurer and in 1907 the couple launched the newspaper Votes for Women. It was Emmeline who chose purple, white and green as the colours by which the WSPU should be recognised.

The Women Who Built Bristol is published on 26 February by Tangent Books. For the full story on these women and others (doctors, architects, teachers, factory workers, even a secret agent), snap up a copy from bristolwomensvoice.bigcartel.com. All profits from sales via this link go direct to the charity Bristol Women’s Voice. 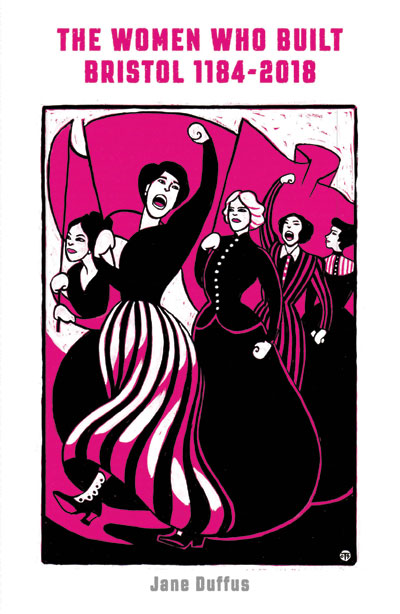