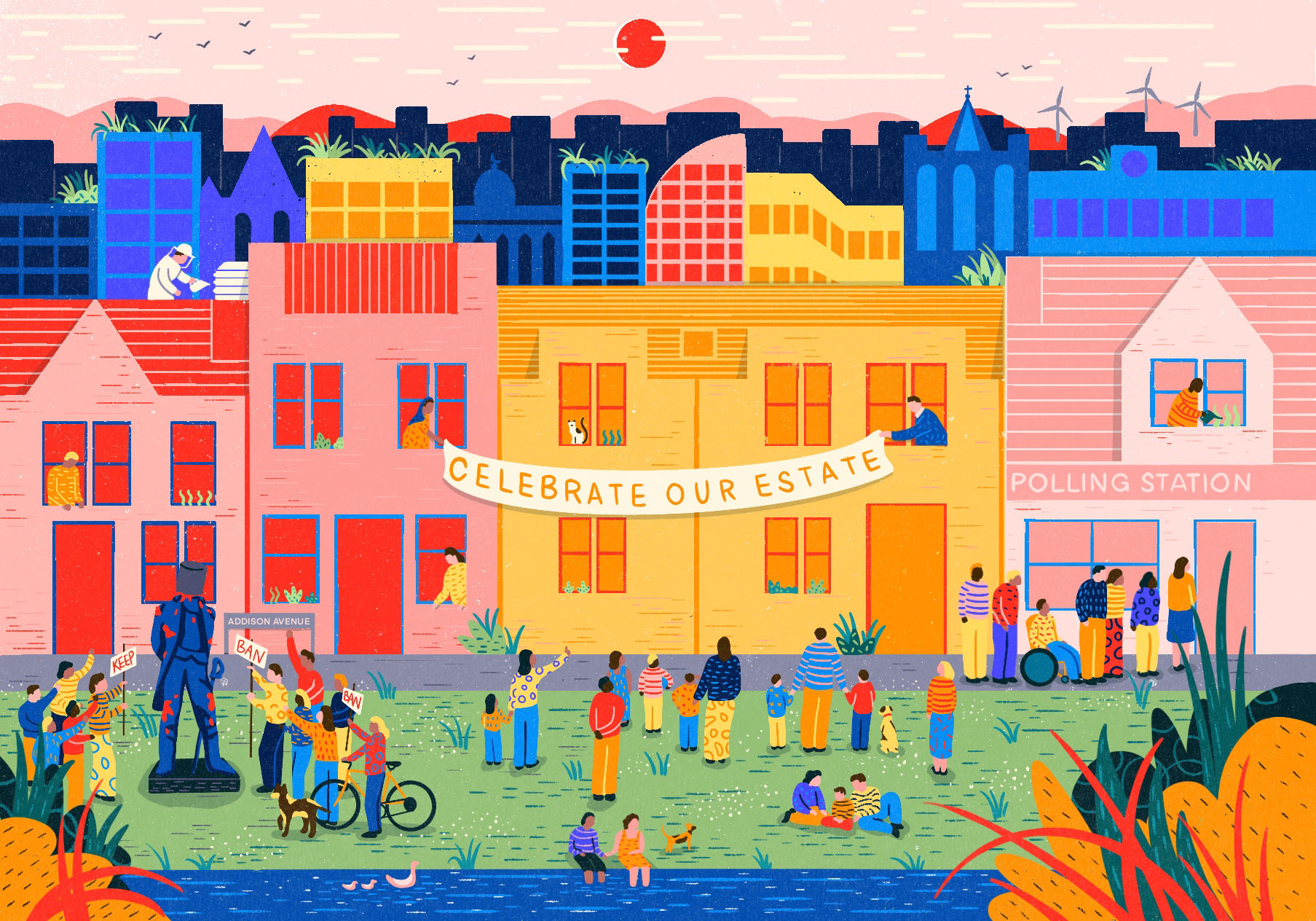 Cities can offer the solutions to many of the world’s problems, but as the world urbanises rapidly we need to get them right. Andrew Kelly, director of Bristol Cultural Development Partnership, gives an overview of 2019’s Festival of the Future City

Set over three days in venues across city, the Festival of the Future City’s third instalment is the largest and most ambitious to date, and will look at the role of cities in modern day society. Up for debate are some fundamental questions: who has the right to the city? How do we meet public concerns about immigration in a time when immigration is needed? Can cities grow in ways that do not place economic, social and environmental burdens on future generations?

The agenda is huge. Bristol faces similar challenges to other cities: a housing crisis; growing inequality; transport problems; Brexit; environmental issues. But Bristol is ambitious, and change is happening. Channel 4 is coming. Over a billion pounds of investment is being made in new areas in the centre and in the north, transforming the city and – as the University of Bristol’s new campus shows – changing how a university engages with different geographic communities. Plus the local government is investing in council houses once more.

We need radical ideas and radical solutions. This year, we take inspiration from when the first large-scale council estates began 100 years ago. While the country was still dealing with the trauma of the First World War, with millions living in slum conditions and rallying cries for the rights of workers and women, the act of government introducing the first modern council estates was passed.

Bristol was one of the earliest cities to build new estates, and it changed the way that generations of people lived. It’s this kind of new thinking that is needed now. As concerns grow about civic discourse, there must be greater public involvement in developing new ideas as well as debating them.

Almost 30 years since the Berlin Wall came down, we also look at the ideas of Weimar, Red Vienna and the Bauhaus in their centenaries and what they offer cities now. Plus in the year of the 70th anniversary of Nineteen Eighty-Four, George Orwell’s warnings of fake news, data abuse and political totalitarianism look increasingly prescient. These fears will be reflected in sessions on cities and democracy, the future of urban tolerance, and how we can live and work together. We’re encouraging everyone to read and reread this great book and will be distributing free copies across the city.

The festival also focuses on architecture and planning, the future of democracy, devolution, trust and tolerance. We’re addressing issues around identity and race in Bristol, the legacy of the slave trade, and how other places deal with guilt. Most of all we address the greatest crisis of all – the climate emergency – and what we can do about it.

There are plenty of new ideas worth considering, as well as old. The future of cities may remain fraught with challenges, but they are also full of possibilities. We need now, more than ever, greater public involvement in developing ideas as well as debating them. Join in using #futurecity19 and @festivalofideas on social media.

Festival highlights
Who Owns the City? 16 October, 10.30am, Watershed (booking required)
Sheila Foster (Georgetown University) talks about what we need to do to make our metropolitan environments inclusive, democratic and collaborative.

Beyond Apologies: Past Guilt and Urban Futures, 16 October, 10.45am, Watershed (booking required)
How should cities deal with guilt? Professor Olivette Otele (Bath Spa University), Joshua Jelly-Schapiro (author) and Anne Thomas (Stolpersteine Project) look at how other cities have addressed the slave trade, the confederacy, the Holocaust and the French colonial past with presentations by Michele Curtis (Seven Saints), Michael Jenkins and Lawrence Hoo (CARGO) and Sarah Robertson (Colston Hall).

Delivering for Bristol: The Mayor’s Annual State of the City Address and Debate, 16 October, 6.30pm, City Hall
As Mayor Marvin Rees reaches the end of his first term, he reflects on the work of his administration and where it goes next. What has been delivered?

Bristol’s Urban Myths, 18 October, 11am, starts at Watershed
What happened when a medieval merchant’s wife got hold of the elixir of life? (Hint: It didn’t end well.) Where did local Spring-Heeled Jack attack? Which office block was HQ for a royal assassination? For more than 30 years Eugene Byrne has been filing away historical yarns. Now he invites you to leave your scepticism at home for a tour of some of Bristol’s least believable stories.

Radical Cities, 16 & 17 October, Watershed
1919 was a year of radicalism across the world. Look at past radical cities with a day on Weimar and the Bauhaus (17 October); and how Vienna’s council housing has lasted and prospered for over a century (16 October); while Paul Mason, Mary O’Hara, Guy Shrubshole and Ece Temulkuran debate radical cities now (16 October).