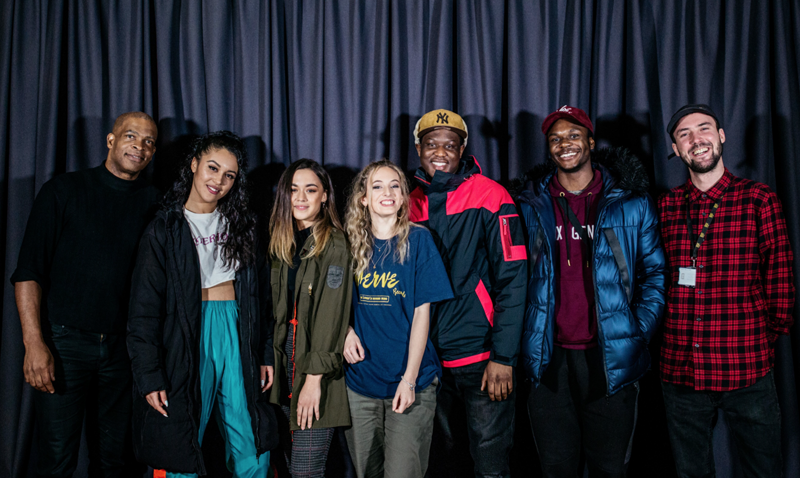 The @Colston_Hall Takeover Day returns on Saturday 27 April, featuring a bill of Bristol-based artists only – and we hear it’s free entry all day! The line-up announcement came alongside news of £20,000 PRS Foundation funding for Bristol Music Trust, which will be used to create more performance opportunities like the Takeover Day for local emerging acts, and fund programmes like Homegrown Heat.

AMELIA
Smooth, electronic lyrics and production combine to create a groovy sound for Amelia; her single Love is slow, catchy and exposes her raw, artistic talent. Amelia’s journey with music began, aged just six, with a toy keyboard, before she taught herself how to sing and play guitar so she could write her own songs. After watching lots of live gigs she discovered she had an interest in two genres in particular – jazz and psych pop. Amelia fell in love with Billie Holiday, Amy Winehouse and King Krule alongside Tame Impala, Sticky Fingers and The Internet.

Now a multi-instrumentalist, she has started producing her own work at home in her bedroom, uploading a couple of tracks to Soundcloud. For Amelia, music has always been about self-discovery and soul and a desire for her music to evoke emotion within people, getting them onto her wavelength even if it’s just for a few minutes.

PARIAH
Contemporary R&B singer Pariah was born in Leeds but has called Bristol home since she was three years old. She’s one for pushing the limits and incorporating fun synthesisers and sassy lyrics. The singer/songwriter has been making tunes and performing for as long as her family can remember and now she’s making musical waves in the city following the release of her 2018 EP Limit. Fusing together new and old forms of R&B and hip-hop,

Pariah has been developing her music and live performance over the last few years, working with a choreographer alongside vocal coaches to build her skills. Her long-term goal is to become a full-time recording and touring artist and use this platform to explore the many elements of herself as a young woman, and inspire, spread love and encourage people to support each other in life.

LEXUS P
Lexus P, who was part of a Bristol hip-hop group in his teenage years, studied in music business and production at university and upon completion of his degree, branched out to create his own music. Born and raised in Bristol, Lexus P is a vocalist that creates hip-hop that speaks with pride about his home city. Working with a set of Bristol-based producers and sound engineers, as well as self-producing his own tunes, Lexus P has created a string of tracks under his moniker that wouldn’t sound out of place on some of the city’s biggest sound systems.

His infectious, feel-good 2017 release Summertime got heads turning and since then he’s been building his fanbase by focusing on his live performance. With a long-term goal to tour nationally and internationally at some major festival stages, expect big things to come from Lexus P.

KAYA
Placing diversity at the heart of her creative output, Kaya has produced a collection of tracks that draws on psych-pop, trip-hop, neo-soul and R&B to create a bed for her sophisticated lyrics. Her style has caught the attention of BBC Introducing and she’s featured as a member of the Daisie 100 – an app created by Maisie Williams to encourage artist collaboration. The non-genre-conforming musician collects influences and inspirations from across the spectrum to mould new sounds. With an aim to work in as many genres as possible, Kaya’s appetite for musical eclecticism might lead to a bold new sound in the industry.

DELOCX
The second rapper and singer of the group, Delocx, shows his deep ties to Bristol in the video for his debut single How We Livin’ and has developed a fresh new formula in his music. Taking influence from mainstream afro-pop, Delocx makes rhymes about his life experience and personal aspirations that have forged his unique style. His self-produced recordings showcase his original voice, speaking loudly about his home city; and a succession of tracks released towards the end of 2018 brought Delocx a wave of online attention.

He hopes to take his live performance from open mics to the hottest stages in Bristol; and it might not be long before we see Delocx on major festival bills.