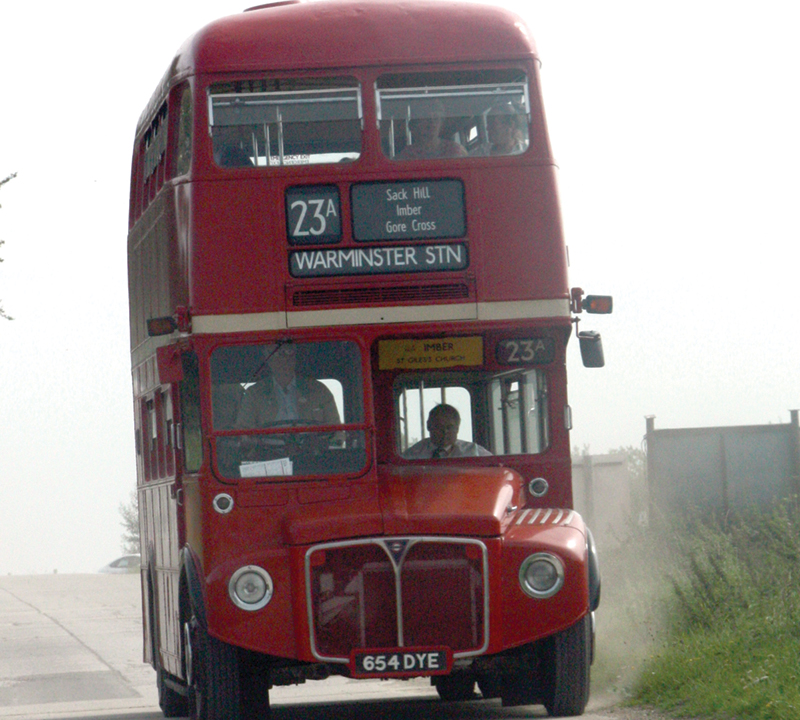 Imber: The Loneliest Village in England

Every August, if you pick the right day, you can head south from Bristol for what may well be the most surreal country drive in Britain, says Andrew Swift

It starts off uneventfully enough, as you head south along the A36 before turning off to follow the B3414 through Warminster town centre. Then, after passing an Esso service station, you turn left along Imber Road (ST878448; BA12 9DB). Nothing untoward here, you might think – just a typical suburban byway – but as you start to climb, razor-wire fences, checkpoints and a tank parked beside the road leave no doubt that you are entering an army zone. The signs ahead, ordering you to proceed no further, are pretty unambiguous as well. Except that today, you can simply ignore them and carry straight on to follow a dusty track across Salisbury Plain.

Even so, it is difficult, as you pass a burnt-out tank half-hidden in the undergrowth, to shake off the feeling that your rear-view mirror will suddenly reveal a military convoy in hot pursuit. Difficult, too, to make out what that is, heading towards you in a cloud of dust, until the dust clears to reveal a London Routemaster bus – and the sinister turns into the surreal. 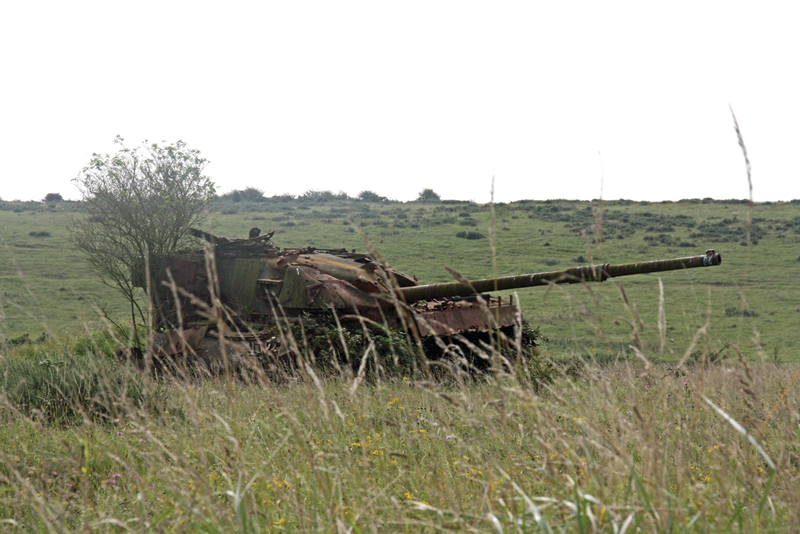 Stranger still is to come, as you drop down into a fold of the downs and find yourself in the main street of a village whose houses are empty shells. This is Imber, once said to be the loneliest village in England. Its high point, population wise, came in 1851, when 440 people lived there. By 1931, however, that figure had fallen by almost two-thirds, to 152. By then, as the agricultural economy that sustained communities such as Imber had collapsed, the army had taken over vast swathes of the surrounding plain for training.

As another war loomed, the army started buying up the freehold of the land and buildings in Imber as well. Not that the villagers were that perturbed, especially as four blocks of council houses were built in 1938 to replace tumbledown cottages.

On 1 November 1943, however, they were summoned to a meeting in the school and given notice to quit. By the week before Christmas, the last of them had gone, and a community, whose roots stretched back over a millennium, was no more. Imber really had become England’s loneliest village. Although there were vague promises that they could return, they never did. The government decreed that the needs of the army outweighed those of the displaced villagers and that was that. 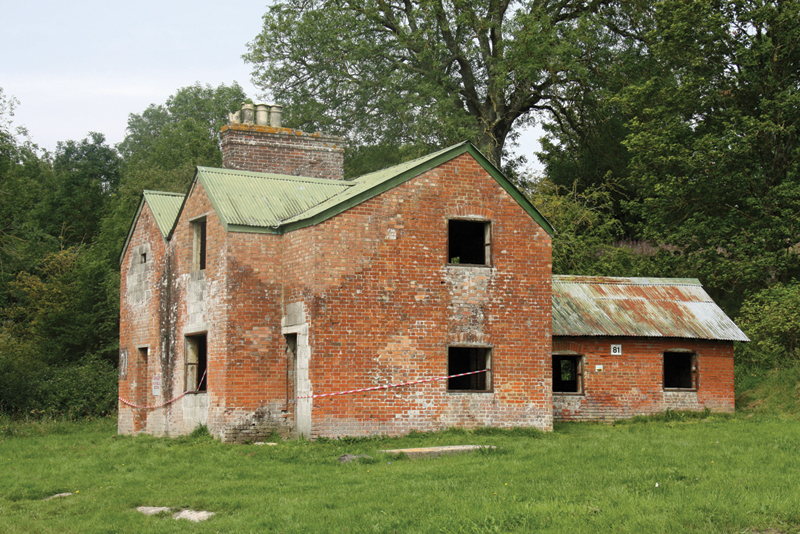 They did not give up without a fight. In 1961, a convoy of over 700 vehicles headed to Imber for a rally, where around 2,000 people agreed to form the Association for the Restoration of Imber. Over the next two decades, appeals, rallies and public enquiries continued to be held, but each time the official position only became more entrenched.

Access was increasingly restricted, and in the 1970s, far from scaling down their operations, the army built a new row of buildings along the main street to train soldiers destined for Northern Ireland in urban combat techniques.

Even so, the army was obliged to allow access to the church for up to 50 days a year. The number of days usually falls far short of this, however, and whether you drive, cycle or walk to Imber, you have to stick to the roads across the plain. Not only that; when you get there, you can only visit the church. All other buildings and all the surrounding land are strictly off limits. 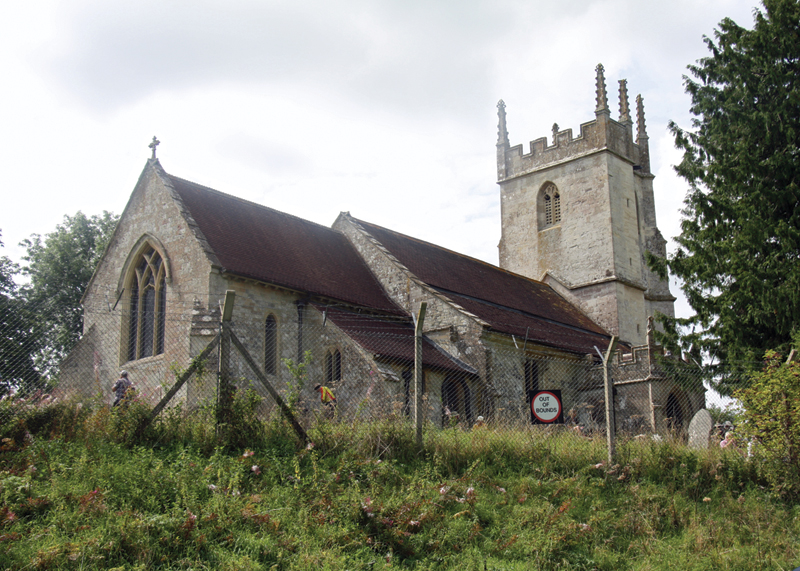 Yet, when Imber is open, the attraction of driving through an army range to visit a ghost village ensures a steady stream of visitors – which brings me to those buses. Ten years ago, a group of bus owners and enthusiasts came up with the idea of running a vintage traction service to Imber on one day every year. And, as the service starts from Warminster station, it is now possible to get to Imber even if you do not drive.

However you get there, it is certainly worth the trip to see one of the strangest – and saddest – places in England. Not surprisingly, the internet has lots of information on Imber’s history. What struck me most forcibly when I visited, however, was something hardly touched on by most of the websites. Having looked around the village, braved the crowds in the church and around the fleet of buses, I decided to walk along the road leading south from the village.

The buses do not take this road and nor, because of potholes, do many other vehicles, so I had it more or less to myself. After climbing steeply past copses, it emerges in open country, with a view similar to other parts of Salisbury Plain where access is still is unrestricted – but with one crucial difference.

On other parts of the plain, industrial fertilisers, pesticides, herbicides and agricultural intensification have increased productivity at the expense of ecological diversity. Here, apart from limited grazing by cattle, selective clearance of scrub and – of course – military exercises – the land has lain untouched for three-quarters of a century.

The army takeover of much of the plain has had the unintended consequence of conserving the best and most extensive area of unimproved grassland in England. This is not something you have to take on trust – walking the road south of Imber, it strikes you like a revelation. Looking out across these chalk downlands is like looking at a Pre-Raphaelite tapestry; gazing across those parts of the plain where monoculture rules is more akin to surveying a dull swathe of factory-made cloth.

Flowers are everywhere. In less than a half a mile, I came across autumn hawkbit, birdsfoot trefoil, cinquefoil, common cow wheat, knapweed, mallow, poppy, purple vetch, red bartsia, scabious, scarlet pimpernel, thistle, toadflax, viper’s bugloss, wild carrot, yellow vetch and yellow clover. Some I recognised, some were photographed for identification later. And, as the grassland is out of bounds, these were only what could be seen in the roadside verges.

Meanwhile, skylarks sang overhead, bees droned and crickets chirped in the drowsy grass. Yet this was no rose-tinted vision of a time that never was, but a reminder of what much of England looked like within living memory. With even the most cautious environmentalists now talking in terms of ecological collapse, the verges of Imber are a benchmark for what we’ve lost and what we somehow need to regain.

Featured image: It’s difficult to make out what’s heading towards you in a cloud of dust, until it clears to reveal a London Routemaster bus – and the sinister turns into the surreal

Next
Gardening: The Little Extras