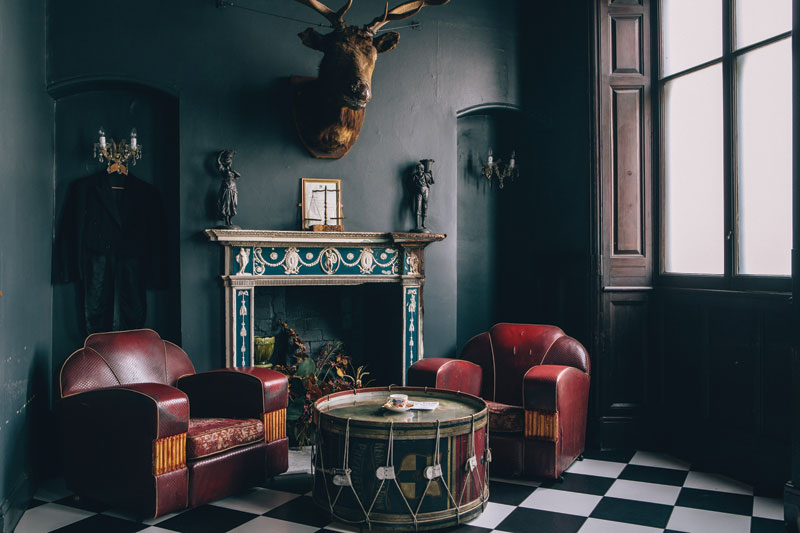 We love The Milk Thistle: its wonderful building, history and decor too

When it comes to picking a gorgeous environment in which to spend some precious free time – unwinding and, yes, potentially sipping on decadent cocktails – we’re spoilt for choice in Bristol. The guys behind The Milk Thistle – the Prohibition-style watering hole on Colston Avenue – have certainly got an eye for design; we spoke to co-owner Jason Mead to find out how the place got its distinctive look.

Built around 1850, Quay Head House (the building’s original name), was used as a meeting place and storage for merchant venturers. It was the furthest point that the boats could come up to on the river, before the floating harbour was built over the top – we’re told the river still runs up to the building below street level, where all the goods would be loaded in through the vault (now Milk Thistle’s basement bar).

“We let the age and character of the building dictate the decor – we were conscious of not modernising it too much and ripping out the history,” says Jason, who had already developed something of an individual design style and character with fellow co-owners Nathan Lee and Kevin Stokes – having opened Hyde & Co off the Clifton Triangle – and set about evolving this within the larger building.

The Milk Thistle team did the whole thing themselves, from coming up with the concept (imagine the Pinterest boards!) to sourcing everything in keeping with the theme from auctions and eBay, and getting down on all fours to paint the backs of the toilets (owning a bar isn’t always glitz and glamour…)

“We were inspired by an article we’d seen in Elle Decoration titled ‘The New Antiquarians’ and the parlour is very much inspired by that,” says Jason. “The lounge was easy, as the panelled walls lent themselves to a gentleman’s club theme, and then the antiques were sourced from Rachel and Mike who had two shops on North Street (now the two new sites from the Old Bookshop), as well as eBay and Dreweatt Auctions in Ashton. We then got wall coverings from William Morris and Cole and Sons. I love the view out from the lounge onto the stairwell, where you have the ornate stairs, chandelier, leopard skin and William Morris wallpaper.” 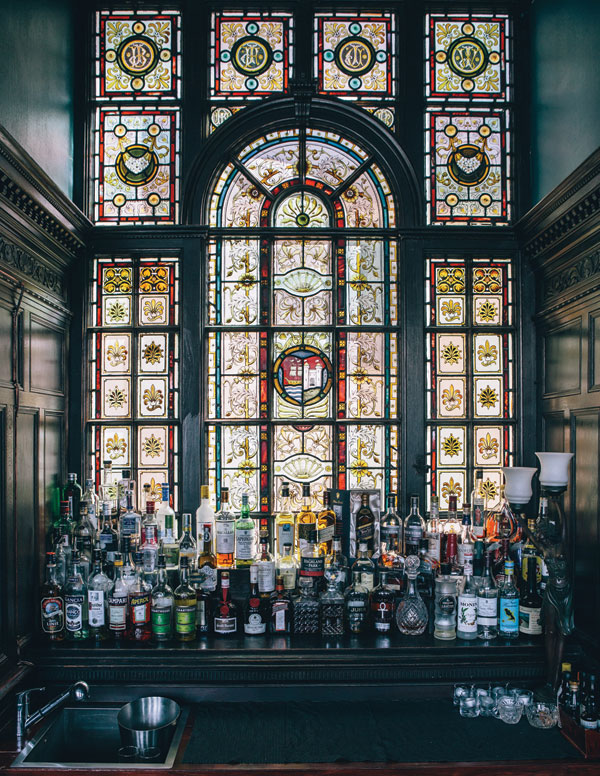 Amazingly, the magnificent stained glass window, that we admire whenever we visit, was completely intact and didn’t need any restoration at all. Before the boys took the place on, it was actually a squat, would you believe (one regular remembers a mud wrestling party there!) as well as offices and a Mexican restaurant in previous lives – and rumour has it that the attic is rather haunted too…

The enterprising trio enlisted an all-local team to help with the embellishments – graphic designer and signwriter Jamie Cross creating the honours board in the stairwell; Bristol’s Staple Sisters doing the upholstery, along with Russell Strange. You might think a beautiful interior like this would require a professional designer, yet everything else, in terms of design and decor, was done by the boys themselves – so it just goes to show what you can do. We’re impressed, and tempted to try recreating a slice of Milk Thistle chic for ourselves…