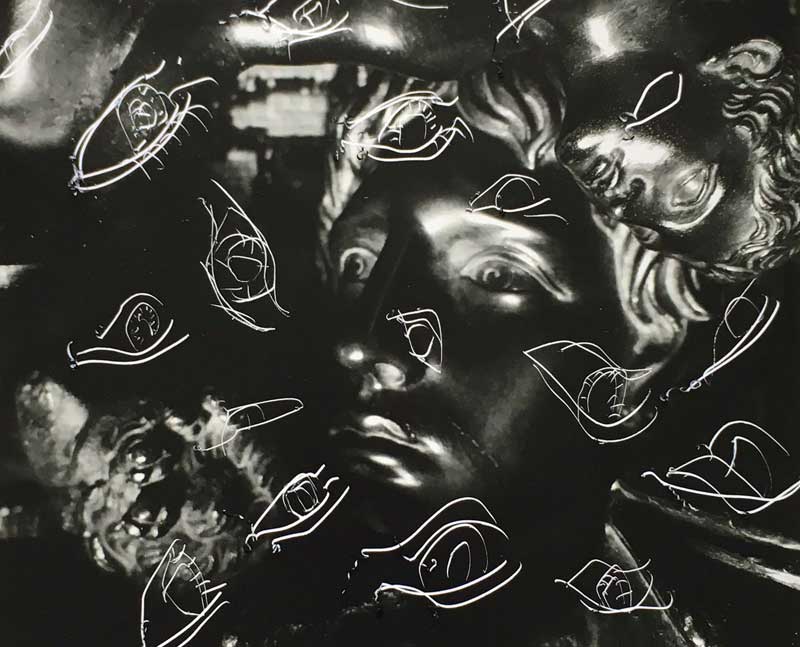 Interview: A Case of Mania

Andrew Mania is a Bristol-based artist who recently sparked much international media attention. A shirt on which he painted a portrait of actor Timothée Chalamet was worn by Hollywood director, screenwriter and producer, James Ivory, to collect his award for best adapted screenplay at the 2018 Oscars and the press went wild. We met up with Andrew in his studio in Bristol as he was preparing for his current exhibition, ‘Snapshot of a Collection’, at Spike Island.

Lizzie: So what inspired you to paint a portrait on a shirt?

Andrew: I saw this 2017 film called Call Me by Your Name, written by James Ivory. It’s really beautiful. There’s a shirt in it that the character Elio Perlman wears that I fell in love with. It has faces all over it – it reminded me of a Matisse and I wanted one like it. I spent weeks trying to find one online. I read somewhere that it was vintage and, realising I probably wouldn’t find one, decided to make my own. I really like the Elio character – he’s got this kind of wide-eyed openness that reminds me of people I’ve drawn in previous works – so I ended up painting his face onto the shirt. While in London I met up with a friend of mine, Xavier Solomon – curator of the Frick Collection in New York – and I was wearing one of my shirts. He took a picture of me and sent it to James Ivory who replied, soon after, that he really liked it and asked how he could get one so I made him one. The next day he suggested that if he got nominated for the Oscar he’d wear it to the ceremony.

Were you surprised by all the media attention?

Yeah! When James appeared on the red carpet wearing it, within minutes the press was talking about it on Twitter. Since then I’ve done three different interviews for the BBC and also interviews with Vogue, Vanity Fair, Vice, ID and In Style. 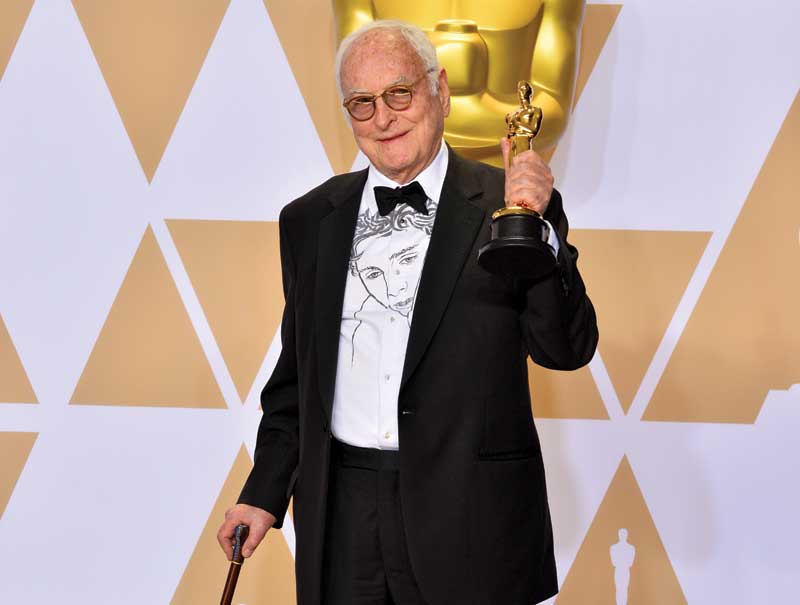 How do the shirts relate to your wider arts practice?

It’s all quite new to me. I haven’t really worked out if they are fashion, or illustration, or art, or sculpture or a form of performance art. It’s kind of all those things combined. And of course lots of your work involves portraits too… I’ve always found portraits the most natural thing for me to do, since I was a teenager. It’s about the way the eyes of a portrait draw you in, how that eye contact creates a dialogue. Looking at portraits can be like looking at yourself while looking at another person. And even though I always draw other people, in many ways I think of them as self-portraits too. I’m also really interested in the gaze, in looking at people looking. Sometimes I work, with permission, from people’s profile pictures from social media. I’ve become interested in the way people project an idea of themselves in a selfie.

Looking around your studio, you’re clearly interested in combining portraits with colour, pattern and fabric, sometimes in the drawings themselves but sometimes by hanging your framed drawings onto fabric that you have draped across your walls.

I collect a lot of things for my house and these sometimes inspire my work, because of their material and texture. So, in a way, I see what I do in my artwork as an extension of interior decorating and vice versa.

So what have you been doing since receiving all this attention?

Preparing for my show at Spike Island. I’ve also been making some new hand-painted shirts ready for the Dallas Art Fair for Division of Labour and Copperfield. I’ve made two identical pieces that the two gallerists will be wearing on the stand so they’ll be like twins! I’m also showing with Coates and Scarry in New York in June.

What can we expect from your Spike Island exhibition?

It’s an exhibition of my collection of vintage photographs but there will be one or two drawings in there too. How I live with artwork in my home is really important to me so this exhibition is about extending a domestic setting into a gallery space.

Can you tell us about the photography collection that you’re showing?

I’ve been collecting photographs for about 15 years. I like the work of Carl Van Vechten, a photographer from the 1940s. I have about 80 of his works – they really relate to my portraits because of the way that he often takes pictures of people in front of fabric or patterned backdrops.

Most of my collection comes from the 1930s, 1940s and some from the late 19th century as well. This is the period where photography started to be used as an art form, experimentally, rather than as just documentary. I really like photos that look different from the usual snapshot, that have something strange or awkward about them.

And what’s next for you?

I’m in the process of designing some t-shirts with James Ivory using the Elio image – these will be affordable and available to everyone.

• ‘Snapshot of a Collection’ runs until 8 July 2018; spikeisland.org.uk

Image from Snapshot of a Collection