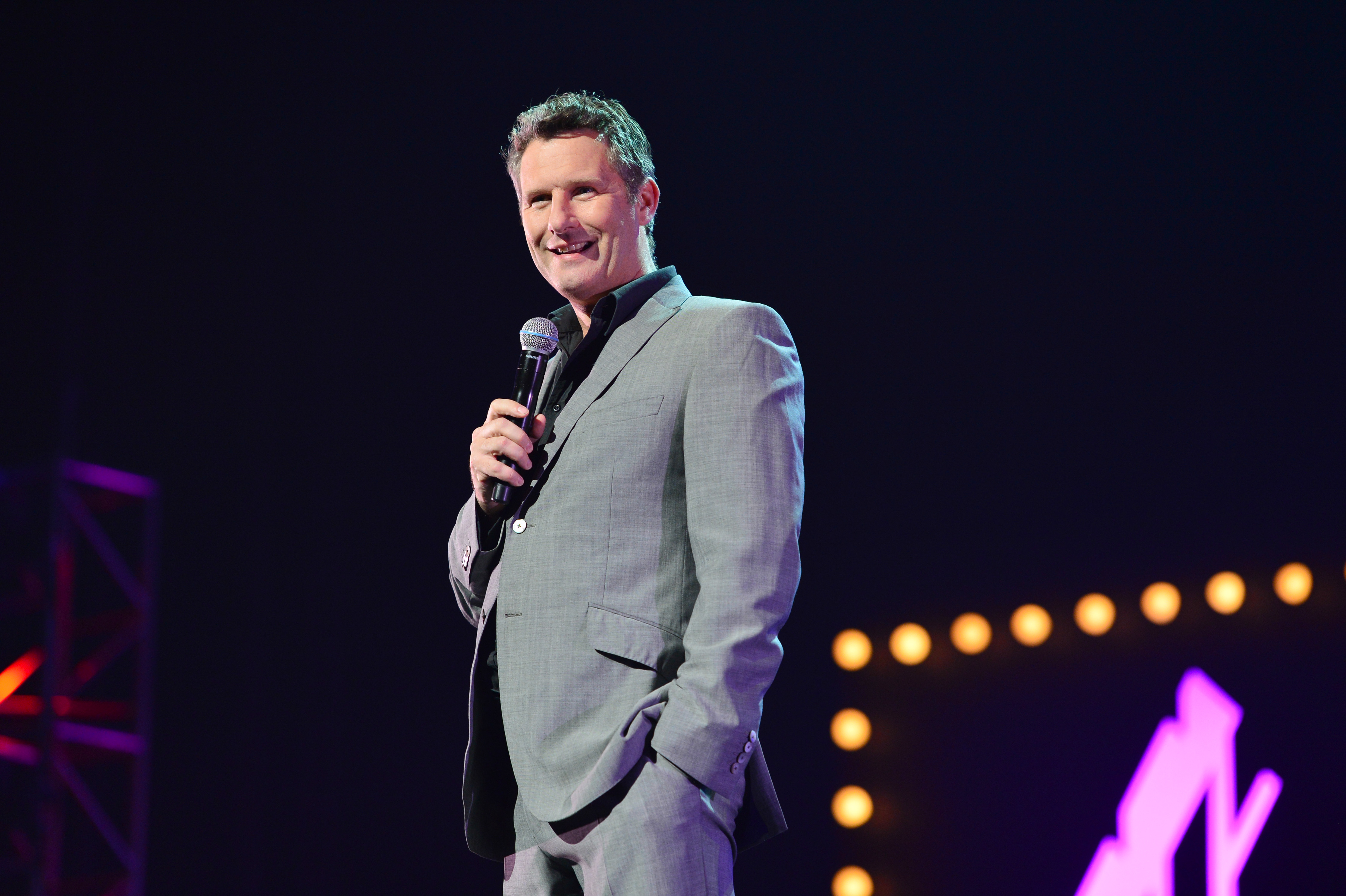 One of the many joys of going to an Adam Hills gig is that you never know quite what is going to happen. Take the exuberant Australian comedian’s show in Barnstaple on his last nationwide tour. “I had a preshow ritual of going tenpin bowling every night,” he starts. “But in Barnstaple, I didn’t have time before the show, so I decided to take the audience bowling afterwards. I told them I was going to do it, but they thought it was a joke. I had to keep telling them I was serious. “So at the end of the show, I took 240 people – about half the audience – along to the bowling alley. As well as bowling, we did karaoke, the arcades and air hockey. We stayed there until one in the morning. One lovely 60-something couple told me it was the first time they had been bowling for 20 years, and as I left, another couple in their late 40s were still playing air hockey and just giggling.

“The only problem was that word got out, and when I didn’t take the audience bowling the next night in Exeter, the audience got grumpy. But Barnstaple was a one-off.”

Yet clearly a night to remember. “When you’re touring, you can trudge through stuff,” continues Adam. “So it’s great to have a moment of pure spontaneity like that. You forget you’re on stage. You feel that you’re just in a room full of people celebrating. It’s absolutely wonderful. Each show should be an event rather than a guy just talking for an hour.”

It is his joyous spontaneity that makes Adam such a memorable live act. As warm and witty off stage as he is on it, the coruscating comic, relishes the never-to-be-repeated experience of playing to a different audience every night and flourishes in the white heat of live performance. Blending uplifting comedy and skilful improvisations, he has won numerous fans right around the globe – with critics united in singing the praises of the gifted, off-the-cuff talent. “If you cannot enjoy Adam Hills, you cannot have a pulse,” asserts The Scotsman, while The Guardian calls his stand-up “so effortlessly brilliant you wonder why some comedians even get out of bed.”

Adam’s splendidly positive brand of comedy has also raked in the awards. As the host of Channel 4’s topical live comedy show, The Last Leg, he scooped ‘Best Breakthrough Act’ and was nominated for ‘Best Entertainment Personality’ at the British Comedy Awards in 2013; while the show itself – commissioned for a further two series – landed the ‘Best Entertainment Programme’ gong at the 2015 Royal Television Society Awards. “I love the freedom of live comedy,” says Adam, who has also appeared on Mock The Week, Alan Carr Chatty Man, Never Mind The Buzzcocks and Channel 4’s Comedy Gala. “If I have 60 minutes of material, the show will last 90 minutes. Every night I try to improvise 30 minutes based on who is in the crowd. Otherwise, I’d get bored doing the same show over and over again. I love the spontaneity of things happening in the moment, and I genuinely like meeting people. It’s like compering my own show.

“Also, the audience feel like they’ve been at something special rather than merely watching a guy spout the same stuff every night. Because of that, I really feel a real connection with them. I want them to have a lovely 90 minutes and then float out of the room.”

Despite his buoyant style, Adam, who raised 45,000 Australian dollars for local homeless charities by shaking a bucket after the show during a 20-night run in Melbourne, doesn’t shy away from real issues, as anyone who saw his latest tour Clown Heart, which talked candidly about having kids and losing parents, can attest.

“It is sometimes a tough area to go into, but the crux of the show was a story about when my daughter was four and asking about death because my father had just passed away. She asked; ‘Am I going to die?’ and I replied, ‘Yes, but how about we have as much fun as we can because we’re here?’ At one of my shows, I met a guy with cancer. He did this thing called Naked Tuesday, so I did it with him. We recreated the famous naked photo of John and Yoko. He became an inspiration for me. Clown Heart was a show about laughing in the face of death. We all know death is going to have the last laugh, so we have to get in there first. A lot of palliative care nurses said to me that my message struck a chord with them – that was lovely to hear.”

Whatever subject he is addressing, Adam possesses the rare gift of leaving his audience feeling uplifted. “When I did my first Edinburgh in 1997, one reviewer said I performed ‘sun-drenched, celebratory comedy’,” he fondly remembers. “Sometimes you get a review and think, ‘Oh, so that’s what I do!’ I always have to find a balance between being funny and positive, but I want people to feel good for an hour and a half. I hope they feel happy and just forget about everything else. And that is what it’s all about: getting people to leave the show feeling happy.

“They may have just had a fight with their partner or a terrible day at work, but when they come along to my show I want them to forget all about that. I want them to have a real laugh and go back to their normal lives with a spring in their step.”