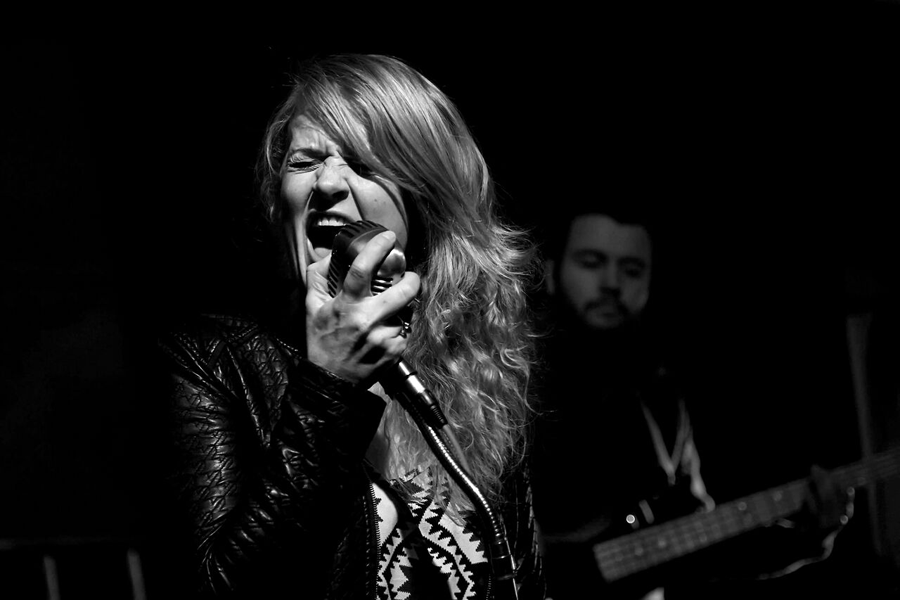 The Bristol Magazine catches up with local singer-songwriter Elles Bailey, who reveals the story behind her characteristic vocal, favourite influences and the importance of supporting upcoming artists

The past year has been a bit of a whirlwind for Bristol ‘blues princess’ Elles Bailey – taking in an extensive tour of Europe that finished with a slot at The Bristol Jazz & Blues Festival; and bills shared with the likes of Lisa Simone, The Mystery Jets and Wilko Johnson; plus plenty of summer festival action including a set at The Great British Rhythm and Blues Festival in Colne. Naturally, we wanted the story behind this exciting homegrown name, and immediately set about interrupting her busy schedule…

How would you describe your music and vocal style?

I mix the soul of the blues, and blends of country and soul, with a contemporary edge. My voice has a husky, bluesy tone which developed from a pretty serious stint in hospital as a child, where my throat almost closed up. When finally I came out of hospital and started to talk again, my parents were shocked – gone was the voice I had before and in it its place was someone who sounded like they smoked 60 a day! Not the voice you expect from your average three year old…They took me to a voice specialist, who checked it out and thankfully found nothing wrong. However he did say, “If she’s a singer, she will be great at singing the blues!”

Who are your main influences?

I owe a lot to the big female powerhouses. Etta James is probably my all-time favorite voice, however Janice Joplin, Dusty Springfield and Fleetwood’s Stevie Nicks have all played a massive part in my musical upbringing. I love all the old Chicago blues and the stories and artists behind the music. How have you updated the genre for current audiences?

I grew up on a diet of Chess Records blues and rock and roll, but I listen to loads of different music, and take inspiration from everything I see and hear. Due to that, my music crosses between quite a few genres so I guess that in itself modernises it. I really feel nowadays that so many artists are breaking down the barriers of traditional genres by blending lots of influences – it’s very exciting being a musician right now and hearing what people are up to!

“I like to write about the world around me, and I do have a habit of writing about artists and stories that have played a part in the music that I listen to…”

Your latest EP, The Elberton Sessions, was recorded completely live. Why did you decide to use this style of recording?

Honestly, my first EP, Who Am I To Me, was a highly produced piece of work, and I have always had plans to record a full studio album (which I am just in the process of completing). So to break those up I wanted to release something that really took the music back to its roots, leaving space for every instrument and my voice. We headed out of town, to a beautiful 16th-century manor house in Elberton, set up in the stunning living room, mic’d up the instruments and off we went!

Do you draw on personal experience when writing your lyrics?

I do write a lot about personal experience, however I don’t just limit myself to that. I like to write about the world around me, and I do have a habit of writing about artists and stories that have played a part in the music that I listen to. On The Elberton Sessions is a track called The Girl Who Owned The Blues. This is written about Janice Joplin, an incredible artist, with an amazingly powerful voice, but who was known for her turbulent lifestyle. There was so much agony and pain in her life, but from that was born such creativity.

We hear you spent some time in America recently?

I mentioned earlier that I am just putting the finishing touches on my debut album. I have been lucky enough to record this in Blackbird Studios in Nashville and I got to work with an incredible team of musicians from there. I started tracking the album in September, but came home to tour in October so headed back out there in November to finish it off. I’m very excited for it to be released in spring.

I wanted to make a video in Tennessee and it seemed this song was the perfect track to do it to. It’s got a real Nashville feel about it. Basically I got dressed up and performed the track at iconic sites in the city. It was quite embarrassing at times as there were crowds of people watching but I just had to ‘shake it off’! It was a lot of fun.

I feel so lucky to have worked with a lot of great Bristol musicians. Joe Wilkins plays guitar for me and Zak Ranyard plays the bass. Both are incredible musicians with unique styles and it’s a privilege to perform with them. I have worked with quite a few drummers in the city. Tom Gilkes, a seriously talented drummer, has done a lot of my tours and played on my Who Am I To Me EP. Ed Gallimore, who plays drums in The Ramona Flowers, played on The Elberton Sessions and Andy Sutor joined us on drums for the most recent tour back in October. Jonny Henderson, who plays the Hammond, has also graced the stage with me as well as playing on my new album.

What would be your dream collaboration?

I think right now I would love to duet with an artist called Chris Stapleton. His voice is just sensational. As I write this I’m listening to his album Traveller while on my third flight of four back to the UK from Nashville. He’s getting me through the travel blues.

You actively support upcoming artists, most recently through your appointment as head of production and host of radio station Positively Talented. Why is this important for you?

It’s tough out there as an emerging artist and it’s always great to know that there are people who will support you – especially other musicians. I love finding new talent – it inspires me! Everyone has got something to say and its great to provide a platform for new artists trying to break into this hard industry.

Top three songs for the country and blues beginner?

Oh wow, where to start? There are so many. For the blues beginner, Smokestack Lightning by Howlin Wolf. I love the country band Nitty Gritty Dirt Band – Fishing in the Dark is great! And for something way more recent, from her Dig in Deep album released in February 2016, check out Gypsy In Me by the legend that is Bonnie Raitt.

Where can readers catch you next in Bristol?

I’m going to be touring in March and April, promoting my new album! I’m just finalising a Bristol date so watch this space. In the mean time, if you head on over to my website and sign up to my mailing list, you will get a free track to enjoy too!