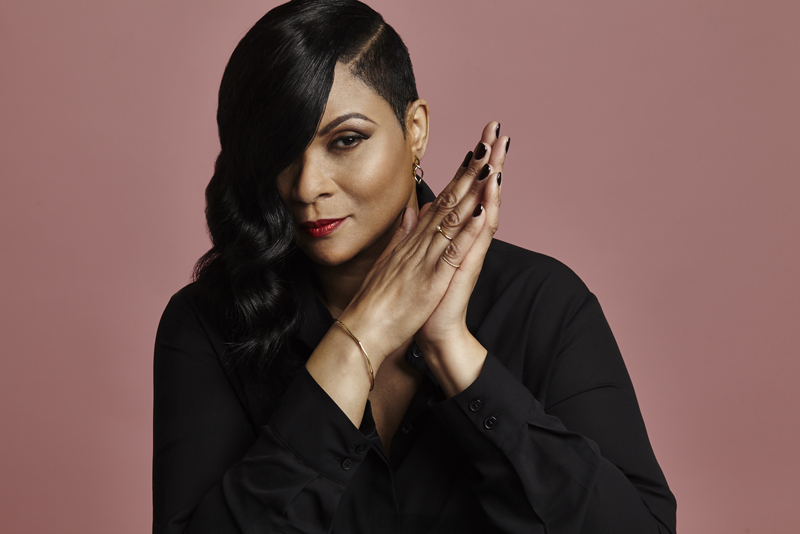 Crystal Rose meets the soulful Brit singer-songwriter ahead of her visit to Trinity, Bristol on 2 September

Welcome back! After 11 years, you’re about to release your new album. How are you feeling?
Really excited, it’s been a long time coming. I’m going round the country showcasing material for the new album as well as the old stuff so it will be great.

Tell us more about Under My Skin…
It’s a collection of songs that I wrote with different producers, about my life and things I’ve gone through. With the exception of a couple of songs where I wrote about friends and their experiences – I probably have no more friends left, you know, they just won’t tell me anything anymore. One of those experiences of talking to my friends and listening to what they’re going through inspired the song Every Step and another called Stronger. It’s just my way of letting them know I’ll be there and just talking about that whole situation.

I’m known for singing songs about love and break-ups and heartache and we’ve all been there but I like to think that there are some positive songs like Shine and Show Me. There’s a song that I did with Grammy-nominated producer Steve Chrisanthou, well there’s quite a few of them – Take A Minute is so different to what I usually do, it’s almost got a bit of a country-rockish vibe but I just loved it because it was fun. And then there’s a song that I did with him, Young and Crazy, paying homage to the fact that we’re growing up and we’ve got to have a level of maturity but sometimes it’s nice just to live your life and be free. We weren’t born big so we shouldn’t forget that inner fun and the fact that we can be responsible but also have a laugh and we can look at ourselves and our lives and just learn.

When I did these songs it was important to me to just be in my element and keep a representation of me. The title of the song that I did with Ian Barter is also the name of the album – I wanted my audience to get up close and personal with me and get an idea of what I’m thinking and what I’m feeling. Hence Under My Skin was the most appropriate title.

What’s your favourite song on the album?
I really enjoy singing Show Me but it took ages to get it how I wanted it – it was too polished so I had to revisit it numerous times. Put Up A Fight with Ian Barter is so fun to sing. Under My Skin is one of my favourites. It’s happy and about love. I’m being greedy, I know and I’m sorry; I just can’t pick one!

This year is going to be jam-packed with the album, joining Rick Astley on his UK tour and playing five intimate shows in support of Under My Skin…
Yeah I’ll be joining Rick from October through to November. Meanwhile I’ll be in Bristol, Manchester, Glasgow, London and Birmingham so people can come along and check out the new material and I’ll also be throwing in a lot of the old stuff because, you know, I can never get away with doing shows and not putting in all my best bits.

What made you select Bristol as a venue?
It’s lovely, I’ve done shows there and I have a brother who lives there at the moment so it’ll be nice to see him and nieces and nephews. And to have a little mini party and just be in the place that I love, singing the songs that I love. It’s the place to be so when I’m in Bristol please come down to check out the new songs and party to the old songs. That’s what it’s about.

Have you explored Bristol much before?
When I come to Bristol I always have a good time and someone’s always showing me something new. We’ll definitely be in some cool bar or pub having a great time!

Do you have any pre-show habits or rituals?
Always, I’m a bit of a nutter. I used to always, always, always do my nail varnish as I was walking to the stage – who does that? But it was always clear nail varnish because I just used to love the shine and I can’t do nails for toffee so by the time I got on stage it would have smudged but it didn’t matter. But now I have shellac. So usually, I’m always dying to use the loo because I’m scared – is that too much information? I’m just scared and I have to make sure I don’t need it. There’s always that thing of washing your hands and creaming. Usually people see me creaming my hands, I have this thing – you know when people do high fives? I can’t because of the hand cream so I’m like; “high knuckles!” That’s a bit weird but it’s true. High knuckles because my hands are usually full of hand cream, that’s my ritual!

If we see you rubbing your hands together, we know exactly what you’re doing…
You know it! I’m not even joking… I can’t believe I just shared that with you but yeah… high knuckles! If I ever do that to you it’s because I’ve just creamed my hands.

The release of Under My Skin marks 25 years since the release of your debut single, Dreams. Can you believe that?
It’s crazy, it came out on 7 June 1993 and it’s a shock but it’s still amazing. I can’t believe where the time’s gone – it’s flown by. I love the fact that people are still playing it and still remember it. I’m like “wow” – I’m still stoked by that. People have taken it to their hearts and I’ll forever be grateful for that. I still love singing the song.

It’s still such an epic tune. What are your highlights from the 1990s?
Oh my god. Just the fact that when it came out it went straight in at number two and in the Guinness Book of Records. Getting the BRIT award for Best British Artist and Best British Breakthrough. I just had such fun times.

Out of Reach is another classic. Do you have any plans to release any other tracks for the big screen?
No, I haven’t been approached but I’d always be up for it. I didn’t know I’d initially be doing it. Just to be asked to write a song and it be so well received, it was such a thrill and so much fun to do. I definitely wouldn’t say no to doing it again.

Do you have any collaborations dreams?
There are so many great people out there but I’ll be so happy to be a spectator and watch all these fabulous talents. I saw Justin Timberlake at the O2 and he was incredible. I love Adele, I love James Arthur – the list is endless. Never say never!

What are your plans for 2019?
Just touring, I’m going on the road and doing my own headline tour and showcasing the new stuff and old stuff – it’s going to be a busy and amazing year because I’ll be enjoying it all so much.