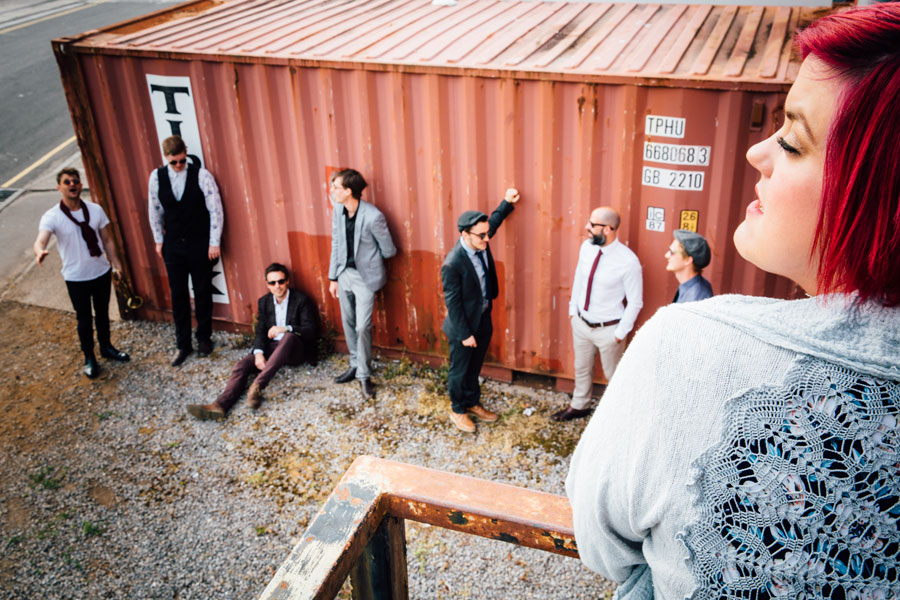 Interview: Hannah Williams and the Affirmations

If you’ve heard the title track from Jay-Z’s latest album 4:44, you’ll have heard the soulful sounds of lesser-known (just for the time being, we reckon) artist Hannah Williams and her Bristol band The Affirmations. Some how, some way, their song, Late Nights & Heartbreak, mysteriously made its way across the pond to the rapper and mogul, and onto his so-called ‘apology track’ to Beyoncé, and has now got the act some serious global attention. We got the inside story…

No ID (producer) played it to Jay-Z along with a bunch of other soul tunes and…it spoke to him!

What was that phone call with Jay-Z like? Tell us everything.

I was convinced, when my drummer and manager Jai called me to tell me to “expect a phone call from Jay-Z”, that it was some elaborate wind-up. But apparently not. Mr Z called me 48 hours later to ask if he could have the sessions from our studio recordings and to re-record some alternate permutations of the chorus lyrics in case he wanted to diversify from the implied meaning in the original. I was on a coach on the way home from the Cathedrals Group Choirs Festival with about 50 students from the music department I run at the University of Winchester. We were nearly home when I thought to check my phone and let my husband know to come and pick me up. To my absolute shock and disbelief, I had missed calls from a US number and a text from Jay-Z saying: “Hello, this is Jay. Please let me know when you are available for a quick chat. Thank you.” WHAT?! Really?! So I went straight home and called him from my tiny rented house in Winchester and that was it. He didn’t use the additional versions in the end which I am really pleased about as it shows that the original track totally speaks for itself.

Had you any idea of the way your voice would be used on it?

Not a flippin’ clue. We were all so surprised when we heard it, along with the rest of the planet, on 30 June. The fact that nearly half the track is just our sample, with no rapping over it, is mindblowing! We had no clue that it was destined to be the title track either. That was another shock. I’m delighted with the finished product and love that Jay-Z’s ‘rap’ is more like ‘floetry’. It lets the song speak for itself and doesn’t disrupt the natural rhythm and impetus of the original track.

How and when did the band form?

My original band, Hannah Williams and the One Takes/The Tastemakers, was formed back in 2009. Since then, it’s undergone a huge amount of changes and development. We have been a solid unit for about two years. The Affirmations are my best friends and I want to spend the rest of my life making music and history with them (I love you, guys!)

You have a unique vocal sound. Who has influenced you?

There are so many artists who have been at the forefront of soul at one time or another – or permanently, in some cases. I don’t think any artist wants to sound ‘like’ anyone else but we are all shaped and encouraged by what sounds we surround ourselves with. A short list: Nina Simone, Etta James, Charles Bradley, Sharon Jones, Otis Redding, Bill Withers, Minnie Ripperton, Jamie Liddell, Amy Winehouse, Michael Jackson, Lee Fields, Martha Reeves, Aretha Franklin, Marvin Gaye, Mahalia Jackson and Curtis Mayfield.

We love the sort of Seventies-esque soul vibe you’ve given to Dazed and Confused – is that a fave song of yours?

We are all Led Zep fans so the fact that track ended up on the album shouldn’t be a huge surprise, but how it came to be is a pretty cool story. Dazed was never on the recording plan but, one day, the band started chatting and jamming some Led Zeppelin tracks in between recording sessions and Malcolm said we should give it a go. This was something of an epiphanic moment where we suddenly realised what a killer track it could be with a soul/funk twist. We mashed together some original Jake Holmes and Jimmy Page lyrics to get the best of both versions and tell the story we wanted, with my character as protagonist. I am so glad we did it. It certainly takes everyone by surprise and gets a mega cheer at our live shows. At Wilderness festival, serendipity stepped in when Robert Plant just happened to be playing on the main stage just before our set. I really hope he heard our version drifting through the Oxfordshire air!

Were you a big fan of Jay-Z before the feature?

Of course, you’d have to be living under a rock to have not been influenced, or at least intrigued, by his work.

Is there any other musical royalty you’d love to collaborate with?

You come from a very musical background – we hear you could read music before you could read words! Have you ever wanted to do anything else or has a musical path always felt a foregone conclusion?

Music has pretty much always been ‘the one’ for me. As a child, I remember wanting to be an opera singer; I had this grand idea of opening a vegetarian opera café! I still think that has a ring to it! As I got older, I realised opera was not my favourite and dabbled with a whole host of genres. Then, about 10 years ago, I had a very troubled period and nearly gave it all up completely. I thought I would try being a driving instructor instead. Seriously – what was I thinking!? Thanks to my incredible friends and family, I was pulled out of a serious depression and straight back into music with a totally new joie de vivre. I have never looked back. Well, only for inspiration and to shove my middle finger up at that moment in my life.

We hear the (amazing) late Sharon Jones was a fan?

She is my hero. What a woman! What a performer! What a human! Rest in peace, beautiful soul. We were lucky enough to support Sharon many years ago in Leeds and we got about an hour after the show to chat. She was so funny. A brilliant raconteur – full of wisdom and advice for us. She said I was ‘blessed’ which pretty much floored me! It was an amazing endorsement, especially coming so close to the start of my soul career. We still have a great relationship with Saundra and Starr (The Dapettes) who are carrying on with the Sharon Jones ethos of doing everything with love, grit and hard work. They have been so beautifully supportive of us and have personally given me a lot of advice and care over the years. Truly humble artists! Maybe one day I will get to record with Daptone with them and my amazing backing vocalists. (Come on, universe; make it happen!)

Where did you record your album?

At the Quatermass studio in Dalston London, with the totally awesome Malcolm Catto (co-founder and producer of The Heliocentrics).

Is there anyone in Bristol who particularly inspired you or helped you on your way?

Absolutely. My entire band and collection of songwriters live in Bristol. Many are Bristol born ‘n’ bred. I live in Winchester (very different to Bristol) and would move to Bristol in a heartbeat if I could. It is my favourite place to be on the planet. The sun always shines and good things always happen. The city has so much vibrancy in every possible sense of the word. Music is at the very heart of that and there’s such an acceptance of difference. Difference has dignity in Bristol. I love that.

What’s pumping out of your own speakers right now?

Lakuta’s 2016 album Rice and Peace. We shared a festival stage with them at Fieldview Festival and they were totally killer! Awesome fun backstage, too.

What’s in the pipeline for the rest of the year?

Hopefully a whole lot of touring. We are working hard on new material and booking up for shows so watch this space…