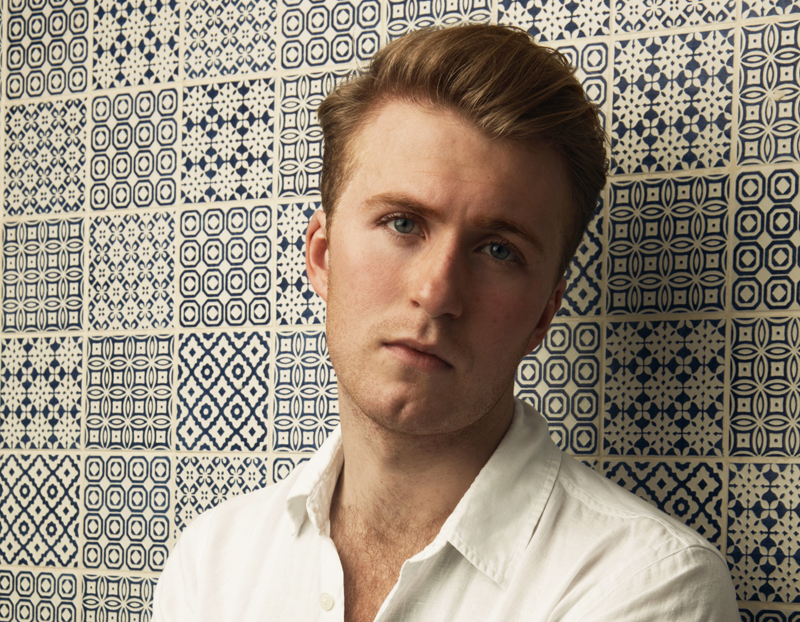 He won hearts in his role in ITV’s Victoria and now, former Bristol resident, actor and writer Jordan Waller has taken a trip down memory lane to create his most recent comedic piece. Words by Bethan Andrews

He’s one of those people that you meet and feel instantly as though you are talking to an old friend. And that is something that Jordan Waller would probably put down to his upbringing in the “glorious and friendly town” of Bristol. I can pretty confidently assure you of this because his love for the city was the star topic of the afternoon as we chatted about his new show The D Word.

It is this that has brought Waller full circle and led to him revisiting his childhood in the city that he used to call home. Perhaps best-known for playing Lord Alfred Paget in the hugely popular TV series Victoria and for his role in The Darkest Hour alongside Gary Oldman, Waller was born of lesbian parents in 1992 by sperm donation – something that has inspired his recent writing.

…It’s been an honour to represent LGBT in the period drama context. What a lot of people don’t want to admit is that gay people have built
a lot of the world…

…It’s been an honour to represent LGBT in the period drama context. What a lot of people don’t want to admit is that gay people have built
a lot of the world…

“My biological mother and her partner Dawn raised me on the Gloucester Road and I grew up in this bizarre kind of lesbian seraglio, in a very tight-knit community where I was raised by an awful lot of women,” Waller remembers fondly. “All lesbians in Bristol know each other and a surprising amount of them are South African – honestly, I know, my mum has been out with a lot of them!”

He has written The D Word, an unflinching one-man play and dark comedy, to discuss failure and his own experience of mourning. The show debuted in London at the Vaults Festival in February (he hopes it will make its way to Bristol in the future) and is the true story of his hunt for his biological father, even though by law he is not allowed to find out who he is.

Waller often talks of having three mothers, and when one of them unfortunately passed away, he had an existential crisis. “Her death encouraged me to discover who I was,” he tells me. “I suddenly wanted to find my father, as the loss of one figure made me desperately seek another. The show explores that journey and those feelings about trying to find someone I’m legally not allowed to find.”

He also champions the fact that it is okay for men to show vulnerability and emotion. “There is an extraordinary power in masculinity and in the idea of what we think men should be,” he continues. “And I can still fall foul of these ideals so I like to show the pervasive power of masculinity and how it can get in the way of emotion. I’m hoping to find some salvation for men; it’s difficult being a human, never mind what genitalia you have.”

I talk to Waller about how his role in Victoria has helped to raise the level of visibility for LGBT communities, and he beams in delight at the thought of it. “It’s been a complete honour to represent this in the period drama context. The most touching thing was just how pervasive the reaction was; we had so many people reaching out to us. What it really shows is that LGBT stories have an incredible power to move.

“It’s fantastic that we are seeing more of these things but we need to continue to fan the flames because they are incredibly powerful stories,” Waller explains, and he continues with a chuckle, “What a lot of people don’t want to admit is that gay people have really built a lot of the world!”

So what’s next? Considering his journey so far – going to the University of Oxford, being picked up there without any formal acting training by an agent and then making his way into star-studded casts – it’s clear that Waller is a talented man. I’m not surprised, then, when he tells me that he wants to push his writing and acting career to the limits. “I’ve just wrapped on a movie that I wrote, a Brexit comedy-horror called Go Home which is a working title. We filmed the last 80 minutes out in Queensland in the outback and then the first 10 minutes of the film in Long Ashton – from Brisbane to Bristol in one film is a pretty extraordinary experience,” he laughs.

“It was really nice as I hadn’t been home for a very long time. It reminded me how lucky I was to grow up in the city, it’s beautiful and it made me who I am. Bristol has openness and a sort of accepting quality. It’s a city that’s unique in not making people conform and it’s perhaps why I was able to express my alternative lifestyle a little bit more and actually use it as a way of identifying myself.”

Clearly, coming back home has reignited a sense of belonging and inspiration. “It’s funny how Bristol has come back into my career. I did the stereotypical thing of going to London to find my career but coming back to film has made me realise what formed me as an artist,” he says. “If I do have any humour, I have to say that I owe it all to Bristol and my family. My Bristolian mother and her clipped, rhotic Rs taught me comic timing. It’s an incredibly comic place, in a completely joyous way.”

Joyous it is, and I think it’s fair to say that Waller is a true joyous credit to the city as well.

Featured image: “I’m hoping to find some salvation for men; it’s difficult being a human, never mind what genitalia you have,” says Jordan, whose unflinching one-man play discusses failure and mourning through the story of his hunt for his biological father. Image by bartekszmigulski.com