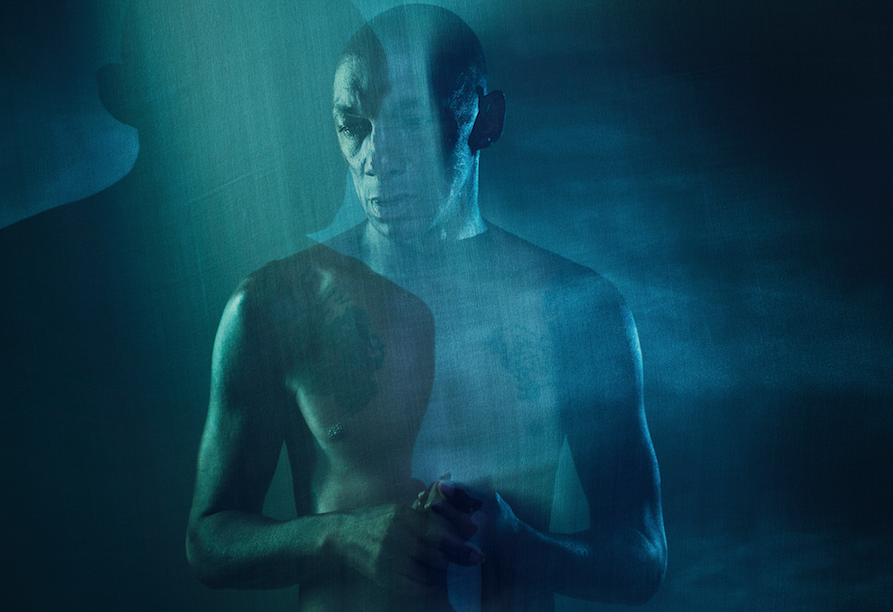 Globe-trotting, mercurial musical pioneer and big Bristol export Tricky is back on his bike in leafy Berlin but he’ll be home for Christmas, he reckons, revisiting the beautiful, mellow city that shaped him. Words by Stephen Dalton

He may have lived away from Bristol for more than half his life, but Tricky can never quite escape the city that shaped him. Born and raised in the “white ghetto” of Knowle West, the artist formerly known as Adrian Thaws has returned to his tangled family history on record many times, notably on his iconic 1995 debut Maxinquaye, named after his late mother, and his 2008 album Knowle West Boy.

Now 51, the shape-shifting, globe-trotting, mercurial musical pioneer is currently living in Berlin. But his Bristolian past still looms large, especially in the opening chapters of his newly published autobiography, Hell Is Round The Corner. Titled after a track on Maxinquaye, the book is a highly unusual memoir composed of long conversational monologues not just from Tricky himself but also from family, friends and collaborators including his Jamaican father Roy Thaws, Specials singer Terry Hall and Shaun Ryder of Happy Mondays fame. It ends up reading less like a standard rock biography, more like a rich oral history of working class, racially mixed Bristol in the 1970s and 1980s.

…It ends up reading less like a rock biography, more like a rich oral history of working class, racially mixed Bristol in the 1970s…

“Totally,” Tricky nods. “I just thought it would be more interesting for the readers, rather than one person just talking all the way through. I wouldn’t read an autobiography about a musician, I think what comes before is more interesting. And my family has got a very interesting story – my granddad was an American soldier stationed in Knowle West, so we’ve got all that background. Knowle West is a quite interesting area, so I wanted all that to be important rather than just: I came from council flats, got a record deal, travelled around the world and then became famous, you know?”

Notably absent from the interviewees in Hell Is Round The Corner is anybody from Massive Attack, the Bristol music legends who helped launch Tricky’s career in the late 1980s and early 1990s. But despite periods of tension and estrangement since he left the band, he insists he is on much better terms with his former Massive comrades these days.

“I’m cool with them,” Tricky says. “I just talked to 3D yesterday. It’s more like I didn’t want the book to just be about music, and everybody knows Massive Attack’s story already. So I just didn’t see the point in it. But I still talk to 3D regularly, we get on real well. It’s more of a friendship than people being in a band together. It’s easier to be friends than be in a band with your mates, you know?”

Hell Is Round The Corner details a life full of struggle, from the apparent suicide of Tricky’s mother Maxine when he was just four to the constant air of violence around his gangster uncles, his battles with mental health and even a brief spell in prison at 17. In May this year, after the book was finished, he suffered an even deeper tragedy when his 24-year-old daughter Mazy died in murky circumstances that remain under medical investigation. “That was the day my world ended,” he said recently. And yet Tricky seems remarkable resilient, even positive, despite all this darkness. “I think that’s just life,” he shrugs. “This is the thing, it doesn’t matter how wealthy someone is, or how much success someone thinks they have, we’ve all got to go through struggles. We all have our own battles to deal with. I think it’s just life.”

Admirably frank about wrong turns and missed opportunities, Hell Is Round The Corner chronicles a rollercoaster career of huge fortunes earned and lost, plus squandered chances for potentially lucrative collaborations with U2, Madonna, Prince and others. Tricky insists he has never been driven by money or status, and has no regrets about the huge sums he made and spent along the way.

“The regrets I have are things going so fast,” he shrugs. “For instance David Bowie used to send me letters, send me books, he was a really strong supporter. Now I look back and think why didn’t we ever work together? It’s insane, when you realise that it is too late. Looking back now, doing this book, it’s weird that we just didn’t go in the studio.”

…It doesn’t matter how wealthy someone is, or how much success someone thinks they have, we’ve all got to go through struggles…

Having lived in London, New York, Los Angeles, Paris and elsewhere, Tricky currently has a modest apartment in Berlin and a low-key “homebody” lifestyle, cooking for himself and recording in his home studio. “Berlin is like a city in a park,” he says. “You can literally walk everywhere. It’s a small city, you don’t need a car there. Very laidback. I’ve got a bike for the first time since I was kid. Like a proper Berliner! I haven’t had a bike since I moved away from Bristol. The winters can be a bit harsh, it gets dark very quick – it can be miserable on long winter nights. But it’s a great city.”

Thanks to cheap direct flights from Berlin, Tricky has stepped up his Bristol visits in recent years. “This is the closest I’ve lived to Bristol since I moved away,” he says. “I just went back, I was there a few nights, and I’ll be back probably at Christmas again. It’s funny, when you’re living somewhere; I didn’t realise how beautiful that city is. But I’m in Bristol a lot. I just go to places where my family is and where my cousins go. The pace of it is really slow, compared to London it’s really laidback. I love London but the speed of it is too fast for me.”

In Hell Is Round The Corner, Tricky even mulls the idea of buying a place in Bristol. “I would like to, yeah, down the line,” he says. “I don’t know about living there full time, because I’m touring a lot, but just somewhere to go and chill out. When I was a kid all I wanted to do was go out all the time, so Bristol was bit boring. You don’t notice stuff – like I noticed this time how quiet it is. It’s a really mellow, chilled city. A really beautiful city.”