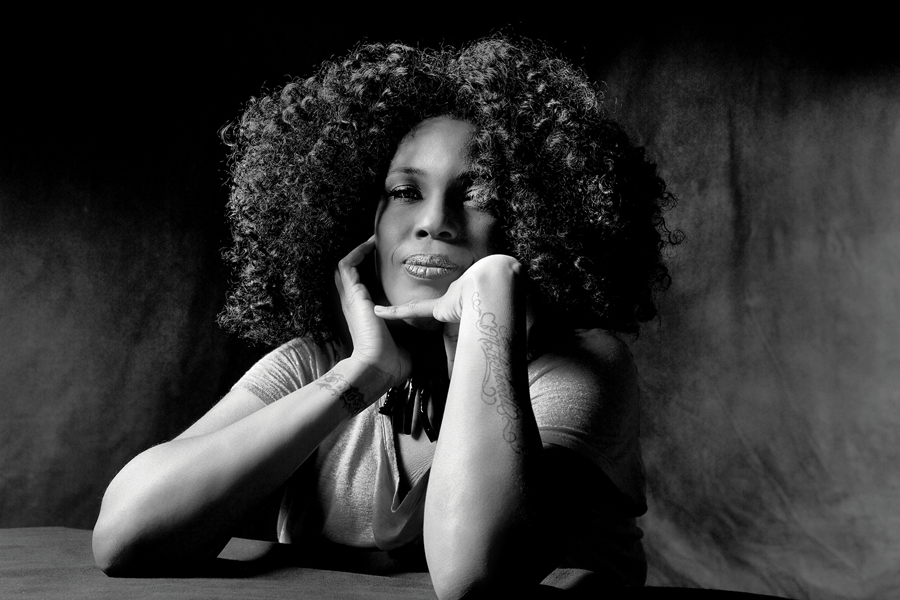 Soul singer Macy Gray has stripped back, grown up and gone back to basics, as she tells Emma Payne

Mention Macy Gray to most people and it won’t be long before they’re attempting the chorus to her biggest hit in their very best raspy tone. After shooting to fame with the Grammy-winning ‘I Try’ in 1999, Macy’s career became something of a whirlwind of outlandish parties, international tours and surreal public appearances, but 18 years later, the Ohio-born singer, songwriter, musician, producer and actress has levelled out and returned to her jazz roots. Having modelled herself on Billie Holiday during her college years in the jazz cafés of Los Angeles, her latest album Stripped offers a silkier sound reminiscent of those early days, and as we chat to the songstress – best known for her soul and R&B – it’s clear the genre is as much a part of her as her signature hairdo.

“It’s a vibe record,” she purrs at us, exuding her own characteristically chilled vibe. “The opportunity presented itself to do something different to what I had done before. The tracks are mostly love songs, so it’s meant to make people fall in love again.”

And fall in love we undeniably have – with Stripped, that is. Released in September, it certainly lives up to its name, partnering sparse, pared-back instrumentation with a seductive, sultry vocal. Tracks like ‘Slowly’ hark back to a bygone era – one where intimate moments were shared across candlelit tables and dating apps were nowhere to be found – and could easily have winged their way to us from an underground, smoky club in the depths of New Orleans.

It’s no surprise then, that Macy is headlining the Bristol Jazz and Blues Festival on 19 March, with a performance likely to please fans from every phase of her career and including everything from the ’90s soul in On How Life Is to the funk and disco on The Id and Big – not to mention covers of favoured records. “We pretty much cover all of the albums,” she says of her current show. “We haven’t finalised the set, but I’m pretty sure we’re just gonna do whatever the crowd needs to feel good that day and get everybody happy and jumping around and dancing,” she adds with a husky chuckle.

The festival pays homage to Bristol’s impressive jazz history – stemming back to the 1950s with star performances from Louis Armstrong and Duke Ellington – while also celebrating the best international talents of the 21st century. But now it’s a universally celebrated genre with musicians from myriad cultures putting their own stamp on the tradition, it’s easy to forget the original spirit of jazz and blues as it emerged in turbulent, mid-20th century America, no?

“People suffered in the ’40s, ’50s and ’60s with oppression, war, race relations and the way black people were treated in our country,” Macy says sombrely. “Musicians back then had a different kind of inspiration, different things to talk about and a different kind of heart. They put up with so much that didn’t make sense and was unfair. The people in those times, when the world was figuring itself out, had a different energy. Now things are a lot easier, and people have completely different inspirations.” One Stripped track stands out for its connection to this era of oppression, and it’s one that holds a special place in Macy’s heart. “The Bob Marley track is one of my favourite songs ever and I think it’s one of the best lyrics ever written,” she says, with an adoration that comes across in her emotional ‘Redemption Song’ cover. “I did my version, but that has always been a song I respect so I wanted to put it on the album. I don’t think there’s any Bob Marley song that won’t be around forever, that won’t have meaning 20 years from now.”

It’s not the only cover on the album, and we’re surprised to spot Metallica’s ‘Nothing Else Matters’ reborn as a saucy jazz jam complete with soaring trumpet improvisation. “I grew up in a time when there was a lot going on, musically,” she explains, as we ponder her eclectic influences. “People were still playing a lot of reggae and hip-hop was just coming out. I think I was in third grade when I heard ‘Rapper’s Delight’ by Sugarhill Gang. I remember everybody in the class learnt all the words right away – that was the thing, you had to know all of those words!” she laughs.

“I was in middle school when MTV came out, and they mostly just played rock videos and pop like Whitney Houston. I hadn’t really listened to rock and roll before but it took hold of me right away. I knew every Van Halen song, every Metallica song. I used to try to sing like David Lee Roth.”

Heavy metal aside, we’re sure the young Macy – then known as Natalie McIntyre – must’ve been exposed to the previous generation of big band, swing and, most importantly, jazz. “You’re always influenced by your parents’ music,” she agrees. “My mum was really into Aretha Franklin and Elvis Presley and my dad was a James Brown fanatic, so I knew all of his songs. I was lucky that I got exposed to a lot of different kinds of music. I remember when Prince came out and jazz was still really popular, with Herbie Hancock and Steely Dan on the radio. It was a good time to be young and have all that music in your head.”

But growing up with powerhouse singers like Aretha and Whitney left the musician doubtful of her own abilities. “I didn’t think I was a great singer,” she says, to our surprise. “But when I got to college I discovered Billie Holiday and I used to really study the way she sang. She was a huge influence of mine when I was learning, in as much as you can still sing without having to belt out or be a church singer. She showed me that you could have your own style and still be good.” With Macy having embraced her unique voice and gone on to become one of the most instantly recognisable singers, we think ‘good’ just might be a bit of an understatement.

The sudden rise to fame, and all the opportunities it afforded, led to a “wild”, often controversial lifestyle – and touring in particular has left an indelible mark on her outlook. “It definitely opens you up to bigger things,” she says of her world travels. “You see that other people live differently, with different priorities. What’s important in the States is not important in somewhere like Hungary, for example. “Living in a place like America… People think it’s the greatest place in the world, so if you never get outside of that you’ll spend your whole life thinking it. But then if you visit different countries you see that the world is so big, there are things in other places that we don’t have, and there are great people everywhere. So that’s a good thing to know. When things are happening you think about the world, not just the States. A lot of people are just closed in to what’s going on here, and after you go out you’re open to doing things for other people and other countries.”

She’s achieved so much that we’re keen to know what Macy’s ambitions are for the future. Perhaps a star-studded collaboration (she recently guested on an Ariana Grande track) or a reality TV show with her three “music head” children? “I just want to be remembered,” she says, and happily, having held court in the music world for almost two decades – with nine studio albums, two Brits, a Grammy, a varied acting career, the upcoming tour and another album release this year – it doesn’t look like this funky feline is fading away anytime soon.

• Macy Gray comes to Colston Hall with the Bristol Jazz and Blues Festival on 19 March at 9pm;  colstonhall.org; bristoljazzandbluesfest.com