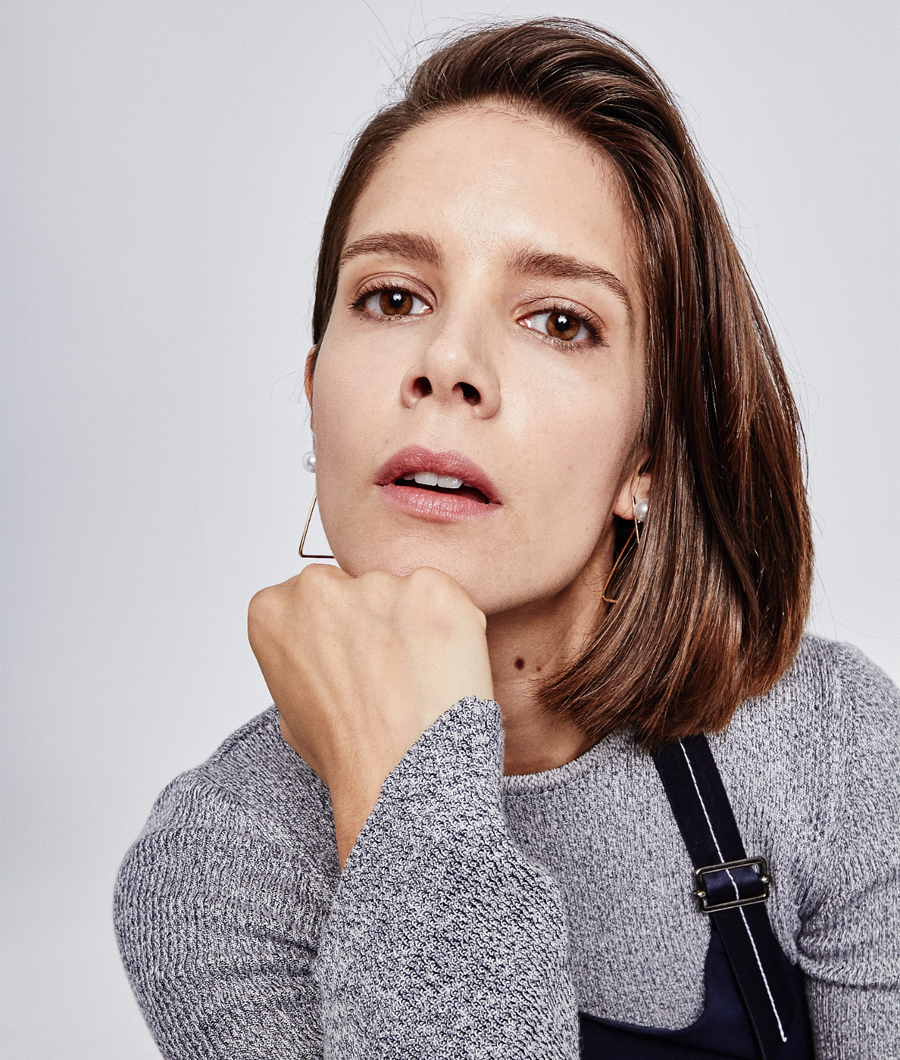 From Ripper Street to The Paradise, born and bred Bristolian Sonya Cassidy is taking our screens by storm – especially in the lead role of the latest season of Humans… Words by Bethan Andews

From a young age, Sonya Cassidy found herself inherently interested in human behaviour – fascinated by observing other people going about everyday life. It’s fair to say that today, this fascination has contributed to a very successful career in acting, both on stage and, most recently, on-screen, in a show concerned with this particular subject.

What is also fair to suggest, is that this fascination was born from her childhood in Bristol – a city which Sonya sees as full to the brim with the best type of individuals. “Although I lived in Nailsea, I’d get the bus into Bristol to study and people-watch – which is my favourite thing to do – and it’s a wonderful place for that,” she says. “I was always surrounded by culture and creative folk – Boston Tea Party on Park Street holds a very special place in my heart for this reason. It all inspired me and definitely had an effect on my acting.”

Of course, it is Sonya’s immense talent that has really fuelled her career, but it’s nice to know that Bristol helped set some solid foundations. Having been accepted into RADA straight from school, Sonya moved from Bristol to London and – testament to her talent – was later cast in Inherit the Wind with Kevin Spacey at the Old Vic. Perhaps unsurprisingly, this catapulted her into public consciousness and led to appearances in TV shows such as BBC One’s Ripper Street and The Paradise.

Taking to the stage at the Old Vic in the capital seems a fitting start for the girl whose acting passions began at the Old Vic Youth Theatre in Bristol. “I had three incredible years there while it was taught by Heather Williams and Hilary Davies,” says Sonya, with whom there are no airs and graces – she comes across as modest and refreshingly grateful for the opportunities she has been presented with. “They were incredibly supportive, and when I got my first lead role at 16, I realised I wanted to give it a go as a career. It helped that the theatre is a gorgeous space too.”

Diversity is something Sonya treasures, I discover as she tells me about the new skills she learns continuously, from each different job she does. “I love the assortment of roles out there, and I love that the older you get, the more you can bring to a role,” she explains. “As an actor, you are always observing things. You should be far more interested in other people than you should be yourself. You know, I know me pretty well I think, so that’s fine! But I can learn so much from watching another person.”

For Sonya, the pull of the job is the character as opposed to whether it is on stage or screen, so we can expect to see her in both in the future – including her exciting casting as one of the lead roles in the new season of the critically acclaimed, futuristic Channel Four series Humans. “I was a huge fan of the first season – it’s clever and well-timed,” she says. “What’s been wonderful for me to realise is how much it appeals to such a wide demographic, which is so rare. The scope of this new season in terms of what the directors are diving into is quite extraordinary really.” Speaking of the future, I can’t help but wonder what plans she has for her next role and whether she’ll return to Bristol. “I would love to work on stage there or shoot around the city,” she says. “I know that Poldark is shot around Bristol, but I’d love to see more for the media industry happening because there is such a wealth of culture. Visually, it’s a very unique city.” Most important, she says, is that the next job is different but equally as challenging as the last. “I think for an actor, the big dream is to still be working everyday. I’d like to still be acting as a little old lady,” she laughs.

It’s her humbleness that is so endearing, and it’s uplifting to see the child-like excitement for the stage – which she felt while growing up – is still, very clearly, with her. “I feel very fortunate, and I have several ‘cloud nine’ moments,” she reflects. “They can just be small things like the theatre being packed every night, or when you could hear a pin drop because the auditorium is so still and quiet. I quite often stop and just think, ‘This is really cool’ – and I never want that to end.”

Find out more about Humans and catch up on episodes at channel4.com or follow Sonya Cassidy on Twitter @sonya_cassidy