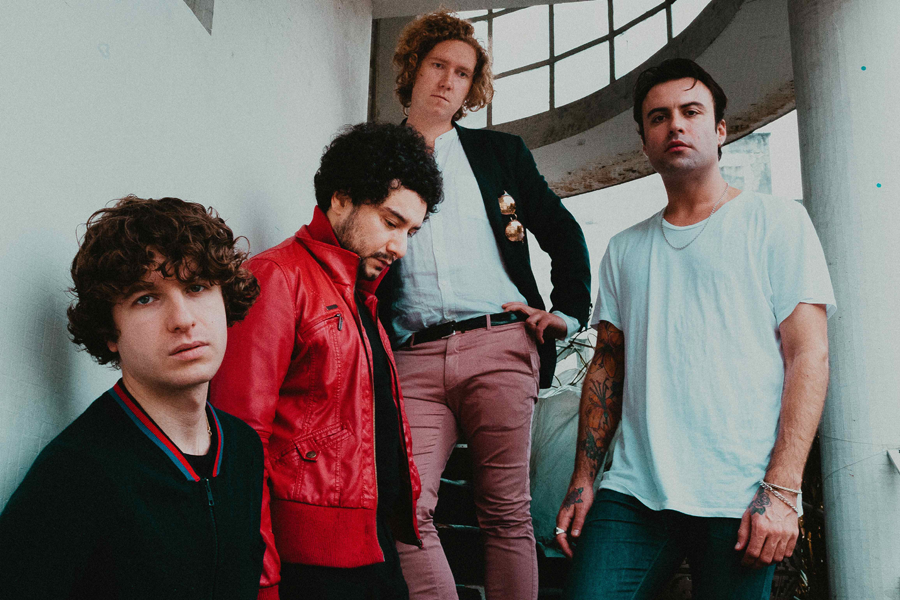 Emma Payne speaks to The Kooks bassist Pete Denton about the ups and downs of fame, new record The Best Of…So Far and their upcoming 2017 anniversary tour

The Kooks soared to fame with their debut album Inside In/Inside Out in 2006, with star tracks ‘Naive’ and ‘She Moves in Her Own Way’ providing an indie millennial soundtrack alongside the likes of Arctic Monkeys and other distinctly English rockers. Just over ten years, a headline Glastonbury performance and three albums later, the band are celebrating their success with a sellout tour and brand new record. We catch up with bassist Pete Denton to find out more…

TBM: So The Kooks have just announced an anniversary tour – ten years together!

Yeah, it’s our ‘getting old together tour!’

Did you ever expect to still be making music ten years on?

Yeah! I think every band thinks that, don’t they? The reality is something very different unfortunately, for quite a lot of bands. It’s not been the easiest ten years, and I don’t think anybody would tell you any different. Bands don’t have an amazing, stress-free ten years – it’s not perfect. In terms of the music, we’ve gone back and forth with different genres, and it’s been quite full-on, but tremendous. We’ve definitely done our time in terms of having the downs, but the ups are just far too important. Ten years on, and having a greatest hits tour, is just unbelievable for any band from our time.

It must be quite a learning curve, to go from setting up the band to achieving huge fame…

Well, you’re all growing up together. You experience different things together, you’re becoming an adult as well as trying to be successful. It doesn’t really feel like a job, but at certain times you have to be serious and write great music. Going on benders for the weekend…you’re probably not going to get the best results! You live and learn, and we’re still here to tell the tale.

You guys were inspired by the likes of The Rolling Stones and the classic rock bands – but did you actually have that lifestyle?

Yeah! We enjoyed ourselves, definitely. But why not? We were young, and everyone was riding the wave of success. It was very quick as well – there weren’t the years of playing shitty venues, it was all pretty instant.

Why do you think that was?

There was definitely a point in 2006 when there was a tonne of really great bands, with great records. I think it was a lot of luck, really. People were writing great music, and fortunately we were part of that. It was nice to see other people doing well at the same time – it’s inspirational.

“The Kooks were one of the last bands to conform to that formula. The internet existed but you didn’t rely on it to make your band work. It’s very different these days…”

How do you think the music industry has changed in the last ten years?

To be honest, I think The Kooks were one of the last bands to conform to that formula. The internet existed but you didn’t rely on it to make your band work. It’s very different these days…I’m getting a bit older and I’m a bit grumpy – I won’t know who somebody is and yet they’re playing to 12,000 people, and somebody will say it’s because they had a massive hit on YouTube. I’m like fucking hell, the power of the internet! And the power of the people, they decide whether something is cool or not. But you’ve got to give people credit, and to be fair these guys are coming out with great tunes. It is what it is, and I think we’re all just thrilled to still be making music together. Hopefully we’re an inspiration to new artists.

Who are you listening to at the moment?

There’s so much good music out there. The band playing with us at the start of the tour, Clean Cut Kid, are a great little band. They’re cool, with great voices and great melodies, and for me it’s really nice to see some organic music done well. I saw them play a super stripped-down set in front of 50 people, and I thought ‘wow, they’re amazing’. And if they’re stripped down with a piano and a guitar and they sound that good…

But I like pop stuff too, and I like how new records sound. You’ve got to grow with it and move with the times, and if we take a bit of that and a bit of this and incorporate it into what we do, then we’re good to go!

Are there any new tracks in the pipeline for the tour lineup?

Yeah, we’re just finishing our new record, The Best Of…So Far. We though it was only fair to bring out a greatest hits with some new stuff. We’ve been busy you see, just because it’s been ten years we’re not just going to sit back and watch the telly! I mean we do a bit of that…but we also work hard.

And what will be the vibe of the new tracks? Your last album Listen in 2014 was a total departure from what had gone before…

We’ve kind of gone back to basics – not exactly what we’ve done before, but just going full circle. Wait and see!

The Kooks come to Bristol’s Colston Hall on 2 May 2017,  colstonhall.org; to see the full tour dates visit thekooks.com; to listen to new track ‘Be Who You Are’ click here