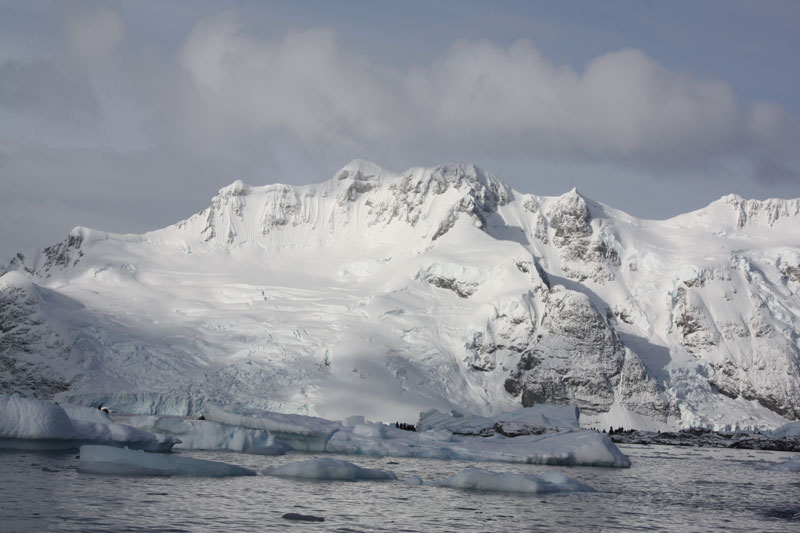 Into the Wild: thoughts from 16-year-old polar explorer, Madeleine Williamson

Polar explorer and environmental leader Robert Swan OBE, along with his 2041 Foundation, are in a race against time to preserve Antarctica as a natural reserve for science and peace. In March, at the age of 16, Bristol pupil Madeleine Williamson became the youngest person without a guardian to join Swan on a sustainability leadership expedition to the continent. Here, Madeleine lets us in on the spectacular but sombre sights of one of the world’s last great wildernesses…

Earlier this year as part of the 2041 Climate Force Foundation, Redmaids’ High student Madeleine Williamson, became the youngest of 90 people to join Robert Swan OBE – the first person to walk to both the North and South Poles – on an expedition to Antarctica.

The foundation’s mission is to preserve the continent as much as possible. The year 2041 is the year that Antarctica’s fate will be decided and the re-negotiation of a moratorium on mining, which designates Antarctica as a “natural reserve, devoted to peace and science”, will take place. For 30 years, the foundation has been working tirelessly to engage with business and communities on climate science, personal leadership, and the promotion of sustainable practices.

In March, Madeleine took part in the ‘Leadership on the Edge’ programme, where she learned leadership development skills, climate change training, and sustainability education. After returning from her 12-day trip, Madeleine has become an advocate for environmental protection at the highest level of Antarctic governance. Here, after reflecting on the experience, Madeleine shares her thoughts on the sights she witnessed in one of the world’s last great wildernesses.

“When I was first asked to be part of an expedition to the Antarctic to help fight global climate change, I didn’t really understand exactly what I was in for. I’ve always been conscientious about climate change and active in doing my part to help reduce it. However, in my first several conversations with Arctic explorer and founder of Climate Force 2041 Robert Swan OBE, I began to understand that there was much more I could be doing to affect change. I felt like I had to do more to help so I accepted the challenge and went to work preparing for the expedition, raising £19,000 through donations and sponsorship.

The expedition team comprised of 170 scientists, business leaders, climate activists and a handful of students from all over the world. The aim of the expedition was to bring together individuals of influence to exchange ideas and initiate change together, to fight the increasing global temperatures that are causing more severe weather patterns than we have experienced in human history. Our task was to bring back ideas for action to raise awareness and initiate change in our local communities.

After two long years of preparation and fundraising I was finally aboard the ship leaving from Ushuaia, Argentina and heading to Antarctica. Despite all my mental and physical preparation, it was only after we sailed into the infamous Drake Passage that reality hit me. The passage is the tumultuous body of water separating South America from Antarctica and is notoriously difficult to navigate. Even after we were briefed on the sheer size and power of the waves, nothing could prepare me for my first night on board. At one point, the captain ordered us to our cabins on lockdown due to the rough seas. At regular intervals we lost sight of the horizon as the ship struggled up and down the treacherous 30-foot waves. At this point I began to realise that this expedition had higher stakes than I signed up for. This was my introduction to an experience I can only call life changing and forever unforgettable.

When we finally reached the continent of Antarctica, the sky sat grey most of the time complimenting the snow’s gleaming white and sub-zero temperatures. At the point I set foot on the continent the effects of climate change became apparent. In more areas than ever recorded before, the snow was thinning, revealing big brown glaciers poking through, disturbing the sense of tranquillity in the environment. Brown glaciers are a sign that the normal deep snow cap covering the continent is now gone. One of the days we were even met with rain. Antarctica is a desert and should see no rainfall. It felt like our surroundings were giving up.

We regularly encountered many of the native animals of Antarctica. I saw the variety of life there ranging from humpback whales, chinstrap penguins, sea lions and seals to the krill that form the base of the Antarctic ecosystem. We learned how each species is slowly disappearing or having to adjust its daily existence around the rising temperatures of the seas. It was heart breaking to see first-hand.

During the expedition we held daily group discussions and presentations, both on the ship and on the continent. They were utterly eye opening. I learnt about the 2.5-degree point. This is the temperature rise at which all life on earth is irreversibly damaged. It is the point of no return for us as a planet. I learned about our diminishing carbon budget, which is how much carbon we can produce until we reach the critical 2.5-degree point. The whole experience made me realise how precariously close we are to our own self destruction.

We also discussed this problem of ocean bound plastic and what some companies are doing to help slow the problem. In one of the sessions, the director of sustainability for Hewlett Packard – an American multinational information technology company that conducts high-impact research on sustainability solutions to move us all to a low-carbon economy – explained how they are tackling this problem by using machines to break down the plastic gathered from the oceans. The plastic is then reused to manufacture parts for their computers, printers, and packaging products. It is this type of initiative that needs to be taken not by just one company but by the rest of the world. In everything we do now, we must consider the environment.

So, what now? After this humbling, incredible, terrifying yet amazing experience, I now intend to encourage others to act, even if it is in small ways. Personally, I’m going to do public presentations around Bristol and in schools as much as I can to raise awareness. I also intend to plant 1,300 trees every year. So far, I have planted 108 trees this month which will remove up to 0.75 tons of carbon emissions from our atmosphere.

We can all do our part to help. We can reduce plastic consumption by avoiding vegetables wrapped in plastic at the grocery store. We can choose planet-friendly products made by companies who recycle and reduce waste and source products locally. We can reduce the amount of new clothing we buy every year, much of which ends up in landfills. We can eat less meat and more vegetables. We can reach out to our local politicians and people of influence and talk to them about how they can do more to stop our likely future. Even little changes to our daily routine will help make a positive impact on global climate change, so let’s go for it.” n

Find out more about the 2041 Climate Force Foundation at: 2041foundation.org

Previous
Get on course: adult courses

Next
‘Dishes of Discovery’ at The SS Great Britain