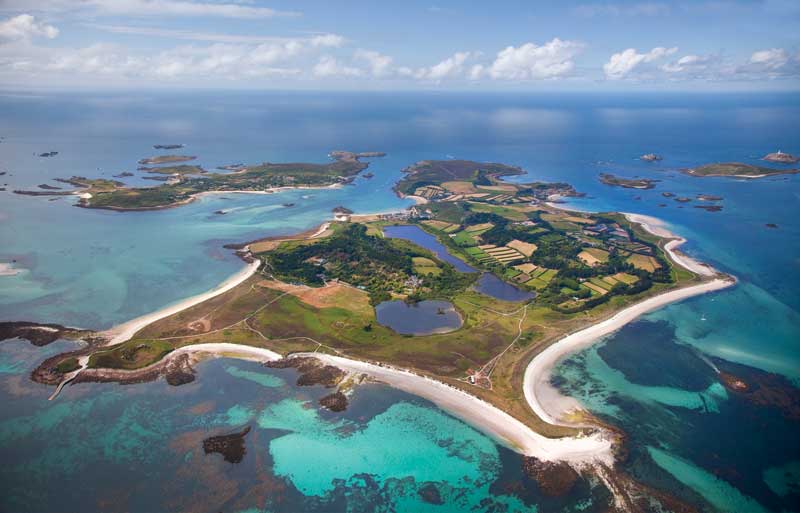 Travel: Islands in the (Gulf) stream

Take me to a place where there are no people and no cars, my Old Man had said when I asked him where he would like to go for his first holiday in donkey’s years. With the Moon just over budget, a rower friend recommended Scilly – the island chain of somewhat warmer climes 28 miles off the Cornish coast – as the closest we’d get to that sort of seclusion in the South West. “Take seasickness tablets for the crossing,” she warned, “but you’ll love it.”

As it turned out, the three-hour ride over from Penzance on the Scillonian III passenger ferry – passing futuristic flyboarders and the open-air Minack Theatre on the rocky granite cliffs – was millpond-smooth and as pleasurable it could have been. (Put it down to a surprisingly long and paradisiacal spell of British weather and porpoise-spotting from the ship.) You can now fly into St Mary’s with Island Helicopters too, from Land’s End (from £215 return), or get the 15-minute Skybus from there or Newquay and Exeter airports. Whichever mode you choose, you’ll arrive on Scilly soil car-free. That’s the way the residents like it; there are few motors on the roads so it’s great for fleeing the rat race, the city traffic and the sound of angry tooting. Especially once you start island-hopping to the less developed parts of the archipelago.

We spotted the billowing flag of Star Castle Hotel – the 16th-century fortress you can stay in if you’re basing yourself on the largest of the five inhabited isles – the minute we began to approach St Mary’s dock and float serenely through pristine teal waters. On the fortified Garrison Hill to the west of Hugh Town – with a moat, dungeon and canons that once defended mainland Britain – it takes its name from its eight-pointed shape and has an indoor heated pool, free tennis and golf as well as its own vineyard where you can have yourself a lovely lobster lunch. The Star’s enviable sweeping sea views alone are worth the steep climb from the town (don’t worry, the hotel will collect you and your luggage from the ferry).

As for the coastlines, they’re ridiculously idyllic; when we alighted from day-tripper boat the Meridian to the second biggest isle of Tresco we discovered a deserted beach with sands in a shade that, if up to Farrow & Ball, might have been called Almost Antigua. Glistening microscopic shards of diamond seem to make up the soft dunes, which sprout exotic flora and Jurassic-looking vegetation; ancient ferns as far as the eye can see. The balmy, Gulf Stream-enhanced microclimate gives rise to the many interesting plant species; usually found in Brazil or Burma they wouldn’t stand a chance on the Cornish mainland but can be seen all over Scilly. Most visitors choose to examine them from within the beautiful 17-acre Abbey Gardens, built around the ruins of a Benedictine monastery and now neighbouring the helipads (there were no cars at all to be seen during our time on this island). 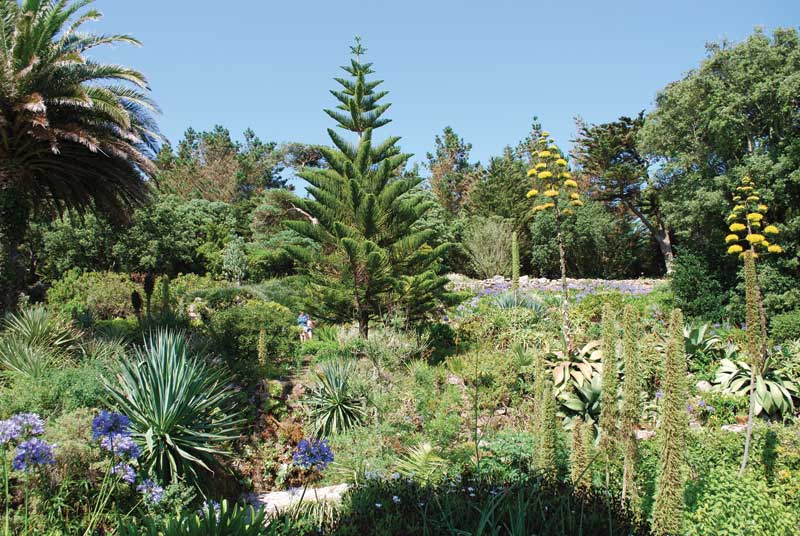 Tresco’s the kind of place where homemade fudge, aeoniums and jewellery made by the local kids are sold on cottage garden walls, and fresh veg is left out on wooden carts next to an honesty box. On a warm day, we recommend refreshment by way of apple cider sorbet packed with big pieces of fresh fruit at The New Inn. “Isn’t there an Arthur Ransome book set in Scilly? There should be,” we mused as we chanced upon Cromwell’s Castle during a coastal ramble – the round artillery tower, standing on a rocky promontory between Bryher and Tresco, is one of the last surviving Cromwellian fortifications in Britain. “All these treasures in places you wouldn’t expect,” said my Old Man, strolling in the hot sun and starting to resemble a lovely old raisin.

Back on St Mary’s, be sure to lunch at Juliet’s Garden – the fresh mackerel paté is the smoothest and the fruity scones are the chunkiest. Just beware the ever-flourishing avian community (Scilly’s isolated location means few mammals, no snakes, and no worries for the winged) if you’re dining alfresco. Tiny, tame birds, by the troop, will try their luck and attempt to muscle in for a lunch date; lightly hopping about like skimmed stones, eyeing up leftover lumps of jam and giving themselves clotted cream moustaches while bright butterflies flirt between themselves.

The sound of planes regularly soaring overhead does put you in mind of St Mary’s wartime history and strategic significance – it was a Royalist stronghold during the English Civil War and also found itself on the frontline when submarine warfare came into play during the First World War. Traversing the rocky ramparts outside Star Castle and past King Charles’ battery of an evening has the same effect (note: Scilly sunsets are something else).

Given that you can’t take your car over on the Scillonian, this is a destination conducive to plenty of sunny cider drinking – or maybe a drop of local moonshine if that’s your preference. Not much of a boozer? Dibble & Grub, which enjoys a prime beach-facing position, also does a mean milkshake (try the Elvis: peanut butter, banana, honey and almond milk) as well as fresh and tasty tapas.

In the evenings we ate within the original officers’ mess at Star Castle – on the likes of asparagus, wild mushroom and spinach casserole with breaded duck egg; and local John Dory with samphire, lobster, saffron potatoes and roast peppers. Best was the soft wild bass and dressed local crab with lemon gel accompanied by Featherdrop sauvignon with notes of gooseberry – closely followed by caramelised banana mille feuille.

The three other main islands (we won’t count the 140 uninhabited in the collection) all have charms aplenty too. You might choose to head to the smallest of them, rugged baby Bryher (population: around 80) where the roads are barely dirt tracks; St Agnes where you’ll find Bronze Age archaeology and, beyond, nothing but ocean until North America; or St Martin’s which is home to some of the best beaches in the world. The whole place is something of an adventure playground with everything from watersports – kayaking to hidden coves, snorkelling with seals, the Scilly Swim Challenge, international gig racing – and foodie fun at the Taste of Scilly festival in September to the Tresco Triathlon and the famous Low Tide Experience where you can walk across from Tresco to Bryher. Do make time to go play…

Fly from Exeter, Newquay and Land’s End airports from £140 return. From spring through to late autumn, the Scillonian lll sails up to seven days a week between Penzance and St. Mary’s from £90 return; visit islesofscilly-travel.co.uk for more or follow on Instagram @islesofscillytravel and Twitter @IOSTravel 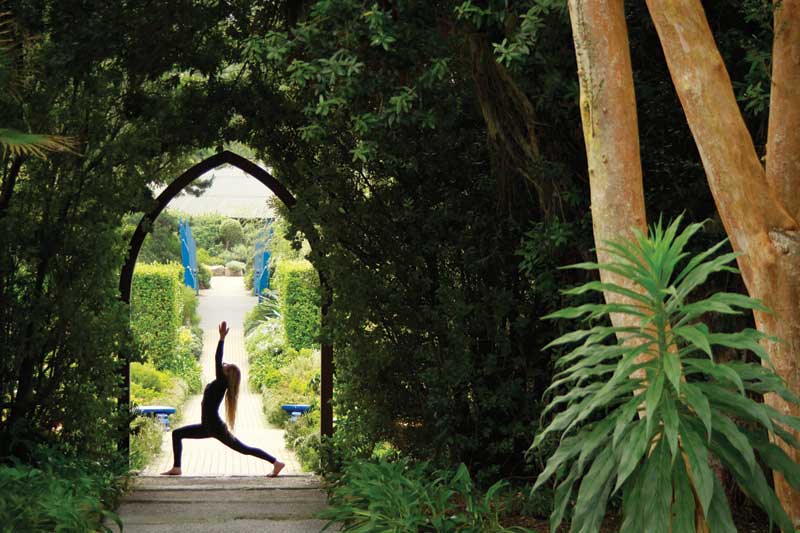