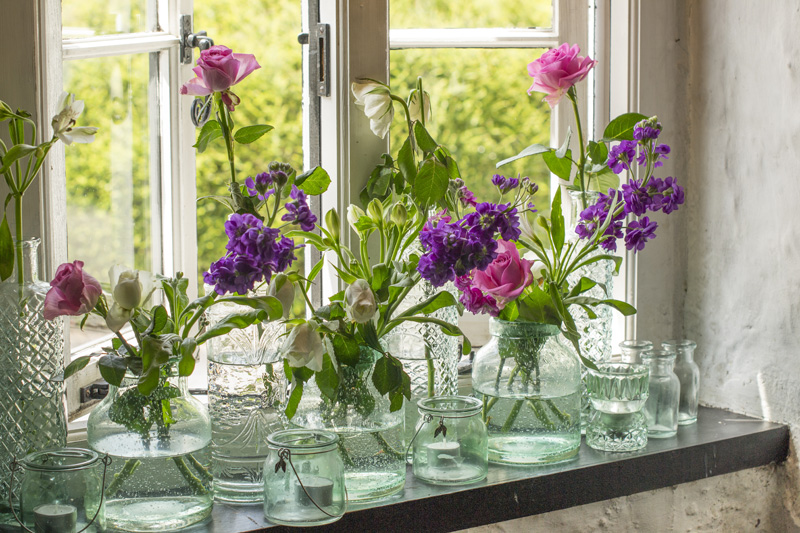 Isolation stations: what to do while social distancing?

What’s on clearly isn’t on this month. But there’s plenty to do, reports Emma Clegg, who has asked around for ideas on productive, rewarding or long-put-off activities that can be done in our new isolated circumstances. Whether it’s reading War and Peace in Russian or learning semaphore, we’re not short of ideas…

Who would have thought, just two months ago, that our world landscape would have changed so much? That everything – our work patterns, our commerce, our social and cultural lives, our health management, our hygiene routines, our travel systems, our schools – would either grind to a halt or change in character so suddenly and so dramatically? Scientists are testing for an effective immunisation; stock markets are plunging; economists are predicting outcomes, none of them encouraging; political leaders are making announcements and trying to sound authoritative; health and medical services are preparing for worst case scenarios; and key stage exams are cancelled. Covid-19 2020 will without doubt become a chapter in the history books.

But what about us? What about the people who are in the middle of this chapter of history? How will we feature? As those who panic bought toilet rolls? As those who emptied supermarkets of hand sanitiser, pasta and baked beans? Is this how we want to be remembered?

The thing is that if we are confined to our homes for extended periods, how will we fill the time? Is it possible to turn an enforced period at home into something memorable, something that has value, something that
we can remember with pride? Can we demonstrate resourcefulness and creativity and vision in the management of our daily lives just like our ancestors did in the war? I’ve canvased opinion from colleagues, friends and family, and here is a summary of what’s in the pipeline.

My French correspondent, also known as my godmother, tells me that France is in day three of nationwide confinement. Everyone needs authorisation to leave their house and can be checked by police with on-the-spot fines if their motives are invalid. She is full of ideas for confinement activities: to sort out her garage, organise the cupboard under the stairs, start a new sculpture and weed the garden. She has already made some fabric masks for her daughter and her husband who are still working as vets. What’s more she is proposing making Japanese sponges out of socks. Basically, you cut all the good bits of the sock (so the bit above the ankle) into loops of about 2cm, weave them together on a frame made with nails, and then crochet the ends together to form a softish sponge that you can use for washing (yourself) or cleaning. And that’s not the least of it – another French citizen, a performance artist, is choosing to dance intensely in an empty graveyard en plein air. With the camera on record, bien sûr.

OK, the French are a bit zany, but Naomi Campbell’s no better, taking salt and vinegar baths, drinking celery juice and dancing to pass the time. But what about closer to home? I have received fervent resolutions from those I have asked to (in isolation) take up the trumpet again, play the piano, write a long-planned novel, patch up old jeans, darn socks, cook and bake their way from Bertinet to Ottolenghi and back, and find new ways of wiping their bottom. A colleague sat at the piano for the first time in years this month, and learned Ruby Tuesday. She’s also planning to revive the old Duo Lingo app to brush up on her Spanish – just five minutes a day of this will leave plenty of time for other educational and instructional activities.

There are plenty of creative enterprises planned, too, including tambour embroidery, previously attempted but fruitlessly, as said passer of time had previously worked herself up into a tantrum after failing to thread the needle due to too much wine and a stressful day at work. She says if she settles down with a cup of tea, a podcast, and some patience, she might stand a chance. Another friend plans to finish knitting the jumper that she started in the nineties, which will probably be back in fashion when it’s finished and then it will be winter again… (but will the tension be correct…?)

There’s quite a bit of admin planned: to finally clear out the filing cabinet and throw away bank statements from 1986 onwards, to delete the 1,000 plus emails from the inbox, and to sort out old photos into albums or chuck them if you are in them and don’t like your haircut, extra flab or gormless expression.

Cupboards will also be emptied of ancient spices, tangled balls of wool, dead spiders and things that would come in handy if only the owner knew they were there. Filing systems will be systematically overhauled so that the finding of a mortgage statement or a doctor’s letter will take place in a matter of seconds.

My cousin is planning to help recreate the ancient art of letter writing – and he’s in an excellent position for this as he remembers birthdays, is super thoughtful and has a great taste in cards. His plan is to discover the possibilities of the written word, conveying measured, thoughtful, considered, affectionate emotions and responses, and to aim in the process to take the sting out of immediate, ill thought out and ill tempered responses on social media. He’s the one who’s also planning to immerse himself in jigsaws of Van Gogh countryside, baked beans and Red Square, Moscow. He was actually seriously debating whether he should start with the edges, or with the most obvious features as he launches into this resolution. Which made me remember rather vividly how many edges I’d sorted on his behalf in family jigsaw related get-togethers as he maximised on the easier dense coloured bits.

Fresh air features, too, in enforced isolation, because as long as you’re at a suitable distance, outdoors is OK. So there are plans to cultivate prize-winning dahlias, take dogs out for long country walks, look out for all the bees and butterflies that will start to appear now that our carbon footprint is improving, and to watch the birds in the garden who know nothing about our current predicament, which is reassuring somehow… There are urges to ‘do’ the garden, although the one metre away from the fence gardening limit does cause problems in a garden that’s just two metres wide.

Another friend has just bought a pair of running shoes for the first time in more than a decade, so her days at home are going to begin with a run: “The time is definitely now,” she says. For indoor exercise, there is a resolution to hitch the bike to the turbo and cycle miles without leaving the kitchen. This passer of time admits she’s not entirely sure how likely that will be, but is reassured by having the option. There are also yoga, pilates and body jam classes at home on the horizon, normally attended at the health club, now out of bounds, and the practising of mindfulness every day to minimise panic.

DIY is definitely in the air, although my French correspondent warns that this needs advance action as lock down doesn’t allow browsing down the aisles of Homebase, or in her case Mr Bricolage, to stock up on paint or wallpaper. We have the painting of walls and skirting boards, the immaculate organisation of wardrobes, the throwing away of items that no longer fit and the wallpapering of accent walls going on. You can also sort out that plughole that has been smelly and semi blocked for a year. Just get the raw materials now, everyone!

Communication features large. Reading preferences include Billy Connolly’s Tall Tales and Wee Stories and Bosh!, the cookery book by Henry Firth and Ian Theasby, creators of the world’s biggest and fastest-growing plant-based platform. There are also plans to read Stephen Fry’s Mythos because it would be good to know more about the Greek myths, and to read War and Peace in the original Russian (this friend has been learning Russian for years, so this is more viable than it sounds #cleverclogs).

Another idea if you’re near an expanse of water is to go down to the sea and shout poetry at the waves, but you’ll probably need to take a poetry book as it’s unlikely you’ll remember all the lines. Remember that there’s time to memorise some lines of poetry too!

Revisiting collections of magazines are a good call, especially Monocle, 1843, and most importantly, the online archives of The Bath Magazine… Is 14 days long enough?

I have an enchanting collection of letters from my great grandfather to my great grandmother circa 1880s to 1900s, which are written in an elaborate Victorian script that’s hard to decipher. These provide insights into farm life and the culture of the time as well as the deep affection between my great grandparents, and I plan to transcribe them and create a blog to celebrate the times, the letters and the people. Another innovative communications resolution is to learn semaphore, a bit of a wild card but one that would certainly help us all communicate with people from afar.

Being community spirited is another clear theme, including identifying which elderly and frailer neighbours need help and delivering help accordingly, and becoming actively involved in neighbourhood watches, which take on a new meaning in these challenging times. Another friend is planning to participate in a telephone helpline organised by the local community café so that they can keep in touch with elderly and lonely customers.

Screens will of course feature. There is a commitment to get to the bottom of Netflix in order to discover some of the old greats buried in its vaults. And to rewatch Lilyhammer – a series about a New York gangster sent to Norway as part of witness protection – which is apparently well worth a second visit. And to read and then watch the films of the entire series of The Hobbit and Lord of the Rings, by which time the epidemic will surely be over (and post-event analyses done). We also have playing The Witcher on Playstation and in my case the Wordscapes anagram app, which is a wonderful way of passing the time while you decide what to do next.

My 95-year old mother has been in self-imposed isolation in our spare bedroom for over a year, so she is the most experienced at all this. Her perspective is to keep warm and keep us all on our toes, complaining about her toast, ringing her bell loudly when attention is needed, telling me how I should be running my household, and instructing me to wrap up warm every day, even though I’m older than half a century. But she also takes great pleasure in observing the plant and tree growth and every wildlife movement in our back garden, and takes immaculate care of her pots of hyacinths, cyclamen, iris, Opuntia and the constant supply of cut tulips, daffodils and roses that thrive by her window. She also leaves crumbs for the birds on her windowsill. Surely it’s these things, ultimately, that are what it’s all about?

Previous
How to: Beachy waves for isolators by Noco Hair