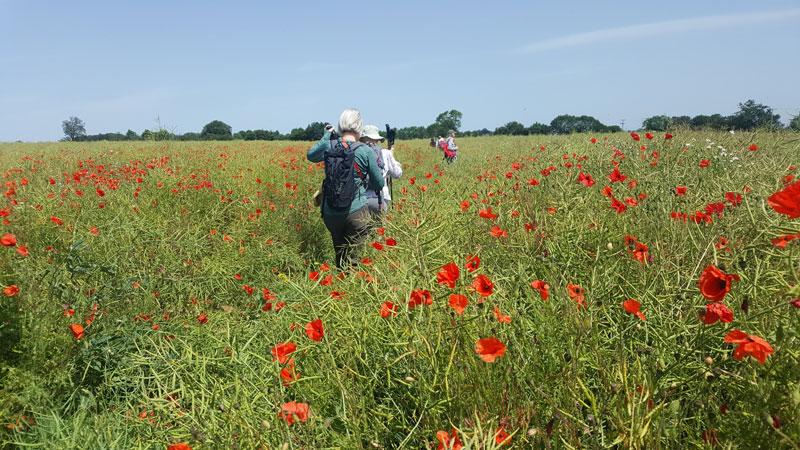 Just for the joy of it: u3a on the importance of adult learning

u3a is a UK-wide movement of locally run interest groups for people who are no longer in full time work but want to continue to learn, just for the joy of it. As the organisation celebrates its 40th anniversary this year, we take a closer look at the brilliant Bristol branch…

The UK-wide movement of locally run interest groups – u3a (University of the Third Age) – is for anyone no longer in full-time employment who wants to continue their educational, social and creative interests in a friendly and informal environment. There are over a thousand local u3a branches across the UK, all of which host groups chosen and run by the members, for the members. Each local branch focuses on creating a sense of community, social wellbeing, fellowship and belonging.

Founded in 1982, this year will see u3a celebrate its 40th anniversary and branches across the country are set to enjoy a programme packed full of events taking place throughout the year. The Bristol branch will be no exception. Made up of nearly 1,300 members, everyone is welcome to join and no qualifications are required – all that is needed is enthusiasm, participation and mutual respect.

Bristol u3a hosts over 140 special interest groups covering a wide range of subjects from art appreciation to ukele. Whether you’re looking to get active and join a walking, cycling, or Tai Chi group, or you have more of an artistic mind and want to experiment with origami and explore modern architecture, Bristol u3a offers something for everyone. Special interest groups meet usually during the day at weekly, fortnightly or monthly intervals, either over Zoom, at a member’s home or at a suitable location.

Bristol u3a also runs monthly meetings where members are invited to listen to an interesting talk and socialize. On 18 January, lecturer Siobhan Clarke, who has a BA in Modern History and has worked for Historic Royal Palaces for 20 years, will be speaking about the works of art collected by Henry VIII, looking at what his artwork reveals about who he was as a person.

In the coming months, they will also be welcoming Paul Barwick, who will be speaking about the life and death of Alexander Litvinenko, discussing the attempts to assassinate him and the deadly poison, polonium, that was used. Paul, now retired, was a serving police officer for 34 years and has a career background in the national intelligence and security arena.

In March, speaker Bernard Locket will be exploring the life and works of Gilbert and Sullivan, one of the best known composer/lyricist pairings in operatic history. These three lectures are shining examples of the breadth of topics covered at the branch’s monthly meetings.

During the course of the year, Bristol u3a is set to introduce a number of new groups to its programme. For those interested in stand up comedy, for example, organisers will be starting a comedy and humour group at a North Bristol venue. The group will look at the history of comedy and members can enjoy performances, discussions about stand up, and lectures from scriptwriters. Other new groups will include flower arranging, tap dancing, choral singing, badminton and studying ancient Greek philosophy.

As u3a looks forward to celebrating its 40th birthday, Bristol u3a will be putting on a whole host of anniversary activities in the summer. Keep your eyes on the organisation’s website for more details about what’s to come and contact the branch directly if you’d like to join a group, just for the joy of it.