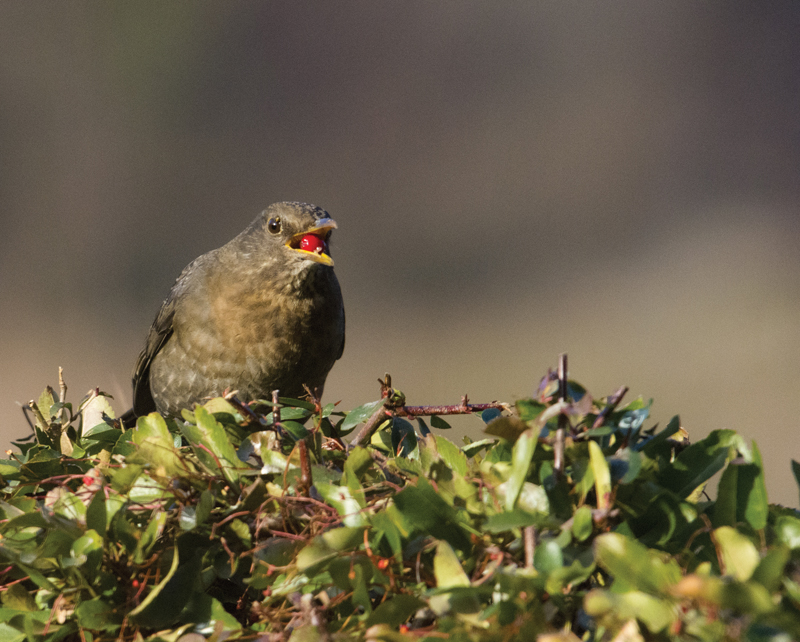 Wild Bristol: Life on the hedge

An ancient hedge has been helping the wildlife of Bristol (and beyond) for hundreds of years. Pete Dommett takes a look

The humble hedgerow is often overlooked and underrated in its importance as a habitat for wildlife. But it provides food and shelter for a wealth of species – from ladybirds and shieldbugs to blackbirds and bats – effectively acting as a linear nature reserve. Surprisingly, I recently discovered that one of the oldest hedges in the country survives among the streets of Henleaze.

Phoenix Hedge follows a public footpath that connects Henleaze Park Road with Phoenix Grove and was presumably planted as a parish or field boundary, long before the area was subsumed by the city. To work out how old a hedge is, you need to apply Hooper’s Law. This method, devised in the 1950s, is based upon the number of ‘woody’ plants (i.e. trees) found growing along a 100ft length of hedgerow, with each one representing a century of life. It sounds a bit crude but is proven to be scientifically reliable.

The Henleaze hedge boasts eight different examples – ash, elm, field maple, hawthorn, blackthorn, holly, dog-rose and spindle – which means that, according to the theory, it’s around 800 years old. The presence of spindle, in particular, indicates an ancient hedgerow as this poorly colonising shrub only occurs naturally in the oldest specimens.

When it comes to wildlife, the more diverse a hedge’s make-up, the more species it supports. An array of different flora results in a range of flowering and fruiting times, which means an almost year-round source of food for a wide variety of insects, birds and small mammals. Along Phoenix Hedge, creeping plants like bramble, bryony, honeysuckle and ivy also add to the wild buffet.

In autumn, berries are on the menu. When I walked along the footpath a fortnight ago, dusty-blue sloes, scarlet rosehips, dark red haws and the pink, cushion-shaped berries of spindle (a favourite snack of foxes) were the dishes of the day. These supply bank voles, shrews and wood mice with enough energy to survive the winter and provide seasonal sustenance for blackbirds and other thrushes. At this time of year, fieldfares and redwings from Scandinavia are migrating above the city (on clear nights, you can hear the soft, ‘seeping’ calls of the latter as they pass overhead), but sometimes stop to gorge on this berry bonanza.

But it’s not just food that the hedge provides wildlife with. The thorny interior offers a safe place for birds to nest in spring and shelter throughout the year. In the colder months, it’s home to overwintering butterflies and other invertebrates, hidden among the ivy, and perhaps two of our hibernating mammals: bats (which also hunt along the hedgerow in summer) and the eponymous hedgehog.

Britain has lost half its hedgerows since the Second World War (due to the increased industrialisation of farming) and those that remain are often poorly managed for nature. No-one really knows who owns the hedge in Henleaze as such, so a team of dedicated volunteers have taken it upon themselves to look after it. At 4pm on the first Friday of every month, when most of us are thinking of heading home for the weekend and putting our feet up, the Phoenix Hedge Preservation Group meets to prune, plant and pick up litter. In doing so, they are safeguarding this valuable habitat for centuries to come. And Bristol’s wildlife is all the better for it.

• Find out more about Phoenix Hedge at sites.google.com/site/phoenixhedge