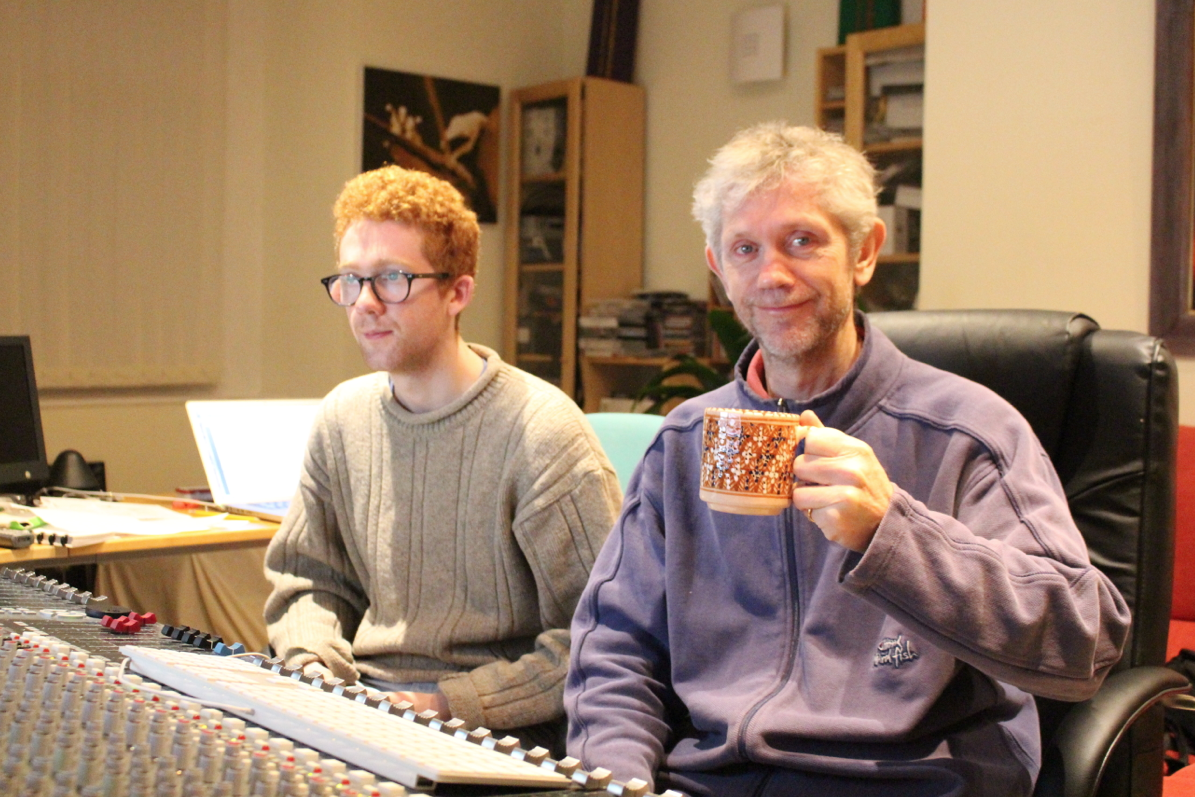 “This is one of the most rewarding collaborations I have had in my career,” says award-winning professional composer, Steven Faux of his latest project. Steven has teamed up with his son Clem to produce You Are, a contemporary folk-based album of songs based on the Book of Psalms.

You Are is religious music like you’ve never heard it before – beautiful modern, acoustic folk featuring instruments such as the saxophone, mandolin and even the pennywhistle. Think Mumford & Sons meets Ed Sheeran meets Irish folk rock, and you will have some idea. Co-written by Steven and Clem, and featuring superb musicians from London, Oxford and Paris, it’s a fresh take on the Psalms, that presents them in a up-to-date, lively way to reach out to modern audiences. The words of the Psalms are intertwined with melodic music that is uplifting, stirring and, at times, deeply moving.

The talented duo worked together in Steven’s studio in Bath, and plan to take their exciting collaboration beyond churches, into nightclubs and smaller music venues. You Are is the latest in a much acclaimed series written by Steven called The Psalms Project, the first three albums having received great reviews. Clem, 22, has recently graduated in music composition, and in Steven’s words, “has brought the music right up to date. We will have lots of young musicians performing at the concert – it should be a great gig!”

Steven is a prolific writer of TV documentary music. He has often worked with the BBC’s Bristol-based Natural History Unit, and TV viewers around the world have heard his scores – from David Attenborough’s Life of Birds (BBC One), also nominated for an Ivor Novello Award, to BBC Two’s award-winning Reindeer Girls, as well as BBC One’s Earthflight – all programmes that have been made in Bristol. When he is not writing music, Steven is the associate vicar of Redland Parish Church. Clearly the saying ‘like father, like son’ is true here, as Clem, a talented musician who plays the saxophone, plans to follow his dad into church ministry.

Steven composes TV and film scores, as well as orchestral choral music for performance and commercial release. The addition of music to a particular on-screen narrative can completely alter the way it is perceived, and Steven’s particular gift is in understanding what the director is trying to achieve, and writing music that complements it. His latest collaboration is very close to his heart, however, and he is bringing his music and faith together by hosting the latest performance of Who Are at the Redland Church Halls. The concert is a fundraising event, to celebrate the second anniversary of the opening of the new halls, and proceeds will help the church to continue to support community based activities.

Tickets for the concert at the Redland Parish Church on Friday 19 October (7.30pm) will be available on the door or can be bought online