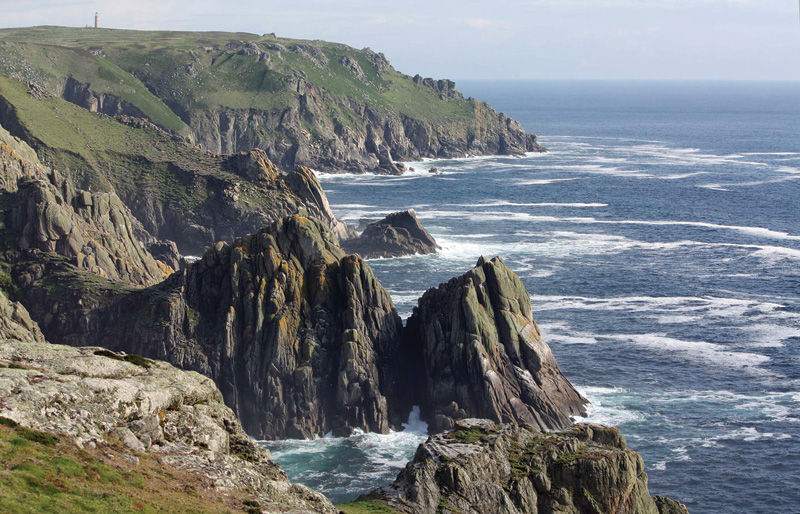 Lundy: A Little Piece of Heaven

If you like the sound of a place with but a singular corkscrew road; nothing to do but walk, bird-watch and watersport; and mobile phone coverage that’s patchy at best, Lundy is the holiday destination for you, says Andrew Swift

After slavery was abolished throughout the British Empire in 1834, the government paid £20million compensation to former slave owners. Among them was William Hudson Heaven from Easton in Bristol, who received £11,739 1s 11d for 638 slaves on four plantations in Jamaica. With his ill-gotten windfall, he bought an island somewhat closer to home, paying £9,870 for Lundy, 11 miles off the North Devon coast.

His friends and acquaintances must have thought him mad. Lundy’s history was one of smugglers, pirates, Knights Templar and marauding Vikings. Many of the island’s previous owners were outlaws or rebels, and many had come to a bad end. Only 80 years earlier it had been leased by Thomas Benson, MP for Barnstaple, who won a government contract to transport convicts to Virginia. They got no farther than Lundy, where he used them to help run a smuggling operation and build walls across the island.

When Heaven arrived on Lundy, he was determined to make his mark, and, after building a colonial-style mansion, came up with a scheme to open quarries and ship granite to London to build the Thames Embankment. It never got off – or out of – the ground, but you can still walk the tramways built to serve the doomed enterprise.

Heaven’s son, who became a vicar, was even more ambitious, building a church with pews for hundreds of worshippers and a tower with eight bells to summon them to prayer. On an island with a population of less than 50, you have to admire his optimism.

The Heaven family sold Lundy in 1917 and other owners came and went until in 1969 it was acquired by the National Trust and handed over to the Landmark Trust, which still runs it 50 years later.

You cannot buy property on Lundy – everyone who lives on the island works for the Landmark Trust – but what you can do is book a holiday in one of 23 self-catering properties. These include a corrugated-iron school hut, a lighthouse, cottages built in the castle ruins, Heaven’s seven-bedroom mansion and a wood-panelled Edwardian admiralty lookout.

The island is a mere three and a half miles long and half a mile wide. The only road is a narrow track that corkscrews up from the landing place to the cluster of buildings that pass for a village. There is only one pub and nothing to do except walk, watch birds, go climbing, canoe, dive, or sit in the pub. There’s no TV, mobile phone coverage is patchy at best, and – unless someone decides to hold an impromptu session in the tavern – no entertainment. The bright lights of Croyde and Woolacombe may be visible across the water, but Lundy is a world away from their party vibe, and its rocky coves are a stark contrast to their miles of golden sand.

Some people go to Lundy simply for a respite from the 21st century, and spend their time doing nothing very much. Most, though, are keen to get out and explore, and, despite the island’s size, it is not boredom that’s usually a problem but lack of hours in the day.

Most of the island is a huge plug of granite – the legacy of a volcanic eruption 50 million years ago – with vertiginous cliffs rising to a 400-foot-high plateau. Rocks formed of lava, that cooled when it hit the air, lie stacked in bizarre formations. Inland, the landscape is reminiscent of Dartmoor, but the coastline, while consistently spectacular, is remarkably varied. Part of the west coast was riven by the earthquake that shook Lisbon in 1755 and you can still thread your way through fissures opened up over 250 years ago.

There are no public footpaths on Lundy – you wander where you like, untroubled by ‘keep out’ signs or notices warning that cliff edges are dangerous (on the basis that you can probably work that out for yourself). There are no signposts either. Lundy is all about making your own discoveries.

Getting there can also be something of an adventure. Lundy is linked to the mainland by the 60-year-old MS Oldenburg, which is often confined to port by adverse weather conditions. Earlier this year it broke down, leaving holidaymakers completely stranded on the island for several days.

For adventurous children, Lundy is a bit like Swallows and Amazons laced with a hearty dose of the Famous Five. As well as rock pools, smugglers’ caves and a pirate castle, there’s an island-wide – and very challenging – treasure hunt with 27 ‘letterboxes’.

Lundy is most famous for its wildlife. You may struggle to see puffins, which only come ashore between April and July and spend most of their time in burrows, but the colonies of seals at the north end of the island, and the migrating birds that break their journeys here, provide ample compensation.

The island warden leads a variety of excursions – rock-pool rambles, wildlife trails, seabird walks and, best of all, snorkelling safaris. The waters around Lundy were designated England’s first marine conservation zone in 2010, and a snorkelling set lets you gaze down through crystalline waters at an amazing display of seaweeds, anemones, fish and crustaceans.

Over 40 years ago, Sir John Smith, the founder of the Landmark Trust, said that “those who find it and are ‘hooked’ by it have ever after something special in common with each other – be they bird watchers, archaeologists, botanists, climbers, divers, lovers of solitude, or lovers of good company.”

For a taster, you can go to Lundy for the day and spend around four hours on the island – just time for a quick walk round the southern end, followed by a pasty and a pint in the tavern. To get any real idea of what Lundy is about, though, you need to stay, if only for a couple of days. And, as you stand at night under a vivid blanket of stars, with the eerie cries of Manx shearwaters on the chilly air and a dim ribbon of lights far off on the Devon shore, you begin to understand why so many people return again and again to this remote, magical place.