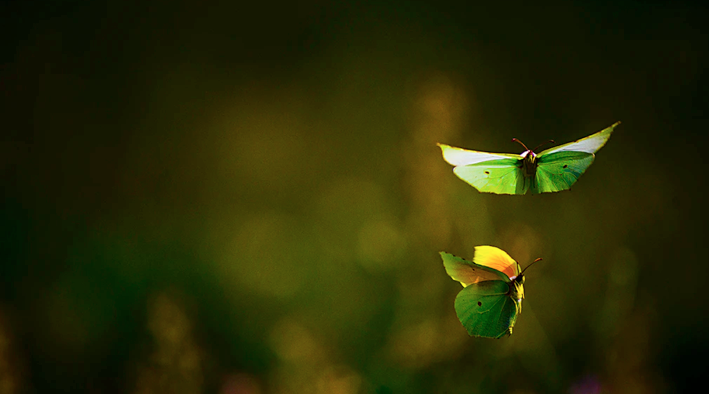 A locally made photobook of butterflies in flight is available to buy now on Kickstarter until the 22 October, in aid of Butterfly Conservation

The campaign was created by University of Bristol graduate Oliver East, to publish the second book of a series of photographs by his father, Chuck East – who first exhibited the prints from this series at the Grant Bradley Gallery in Bedminster (now closed) – and donations will continue after the Kickstarter campaign is finished. I Dreamt I Was a Butterfly – The Conservation Edition is available to Kickstarter backers for £40, a 20% discount off RRP at £50.

Backers will be able to choose from a selection of rewards including the book and archival prints. The book will be lithographically printed and bound, the hardcover wrapped in a natural textured material, and scattered throughout are musings on life, reality and dreams of the ancient Daoist philosophers Zhuang Zhou, Lao Tzu and others.

With Extinction Rebellion and global climate strikes drawing people together to demand action from governments, the purity and beauty of the butterfly’s flight is a powerful reminder of why we persist in our struggle to preserve life. “In each of us there is a soulful yearning to create and sustain life,” says Chuck. “Part of that natural urge is expressed in the nurturing and healing of the Earth not least so that tomorrow’s children can delight in the power and beauty of nature as we know it today. A wonderful living icon for conservation is the butterfly as a brilliant and mesmerising aviator, a dream maker and a symbol of love and health.”

Oliver and Chuck are also planning an event to auction off a selection of framed prints of butterflies in flight in Bristol to raise money for Butterfly Conservation. There about 18,000 named butterfly species on the planet today and about 140,000 different moth species. Some can disguise themselves as other creatures or as dead curled up leaves, some can fly faster than a racehorse, some migrate annually more than 2,000 miles each way. Their unique ability to dip and dart and even tumble within impossibly tight spaces is an inspiration to aeronautics engineers. They are truly amazing creatures and sadly very much in decline. Over three-quarters of butterfly species in the UK are declining while, in the US, American monarch butterflies are down 80% since the mid-1990s. The decline is worrying, say scientists, because butterflies are recognised as environmental indicators due to their rapid responses to small changes in climate and habitat.

“Butterflies are at a low ebb, and going from one bad year to another, not helped by the weather which is all over the place,” said Prof Tom Brereton, head of monitoring at Butterfly Conservation. “A lot of climate change research has focused on average increases in temperature, which should be beneficial to many butterflies but the variable and extreme weather that comes with climate change is having a negative effect and disrupting butterflies.”