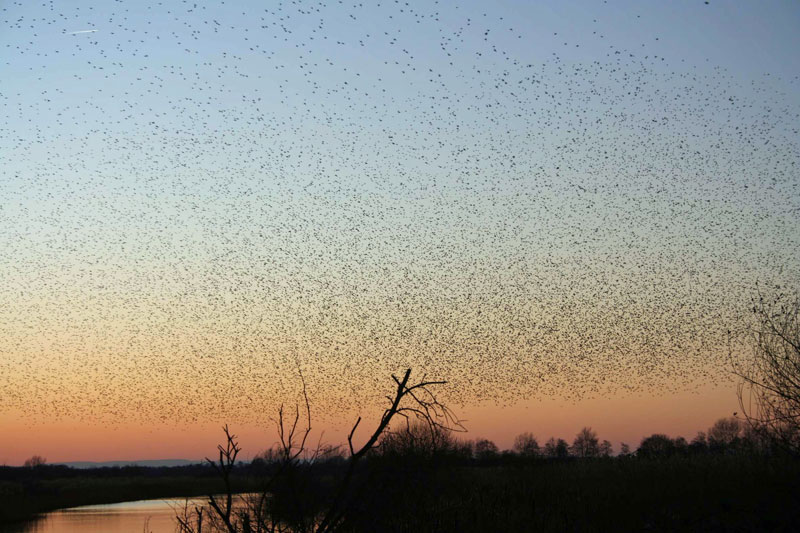 Murmurations of Avalon: spectacle of the starlings

January is the best time to see the balletic midwinter spectacle of the starlings, says Andrew Swift

Every winter, the Avalon Marshes near Glastonbury play host to one of Britain’s most spectacular natural phenomena as, late each afternoon, the sky darkens with tens of thousands of starlings coming into roost. Far from being a decorous settling-down for the night, this is one of the most cacophonous and breathtaking sights you are ever likely to encounter, as flock after flock sweep in, merging into the mass of birds wheeling about the sky.

The sheer audacity of it takes your breath away. That something so sublime can be generated out of activity so frenetic, with never a mid-air collision, seems incredible. You may, if you’ve ever encountered one, be put in mind of a whirlwind, albeit a whirlwind of infinite beauty and grace, accompanied by the whispering rush of countless wings.

The setting for these twilight murmurations is a landscape of strange and haunting beauty. Some 6,000 years ago, it was a vast expanse of open water and reed beds, but over time the reed beds silted up, forming raised peat bogs. In the 1960s, demand for horticultural peat led to industrial-scale excavation. After the worked-out land had flooded once again, large tracts were acquired by conservation bodies and became nature reserves.

Today, the Avalon Marshes are one of the largest lowland wetlands in Britain and an internationally important wildlife site. The starlings use the reed beds only to roost, heading off at daybreak to forage in small flocks miles away, leaving the marshes to their other inhabitants and to seasonal visitors.

On a visit in mid-December, goldcrests, long-tailed tits, lapwings, shovelers, widgeon and teal were spotted, along with a kestrel, a cormorant, a great white egret, and an elusive glossy ibis. Marsh harriers and bitterns were also said to be around, as well as otters, but these proved yet more elusive. 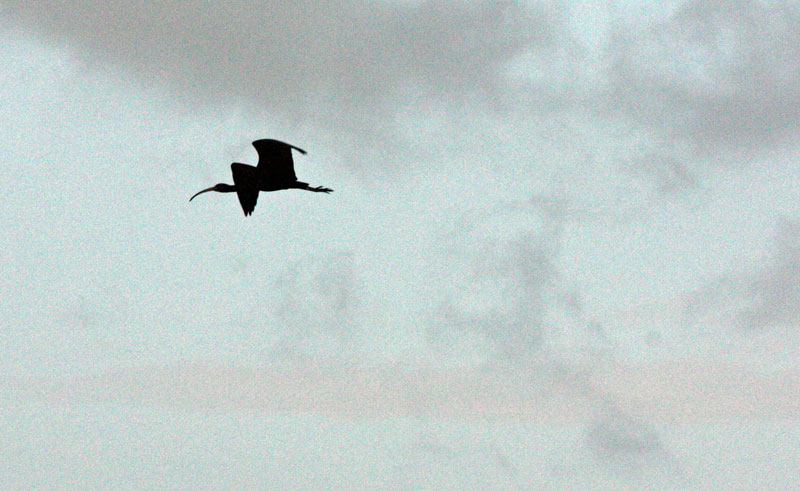 As the light begins to fade, though, all attention turns to the starlings. Eyes scan the distant horizon, and, as the minutes tick by, the thought that tonight will be the night they abandon their accustomed roost and go elsewhere starts to nag, until a few trailblazers – a flock of no more than a couple of dozen – sweep past. Then, in the distance, you spy a larger flock performing desultory aerobatics, before another, having swept in low and unseen across the levels, brushes past, slicing through the air as a prelude to the murmuration to come.

These aeronautical displays have been called murmurations since the 15th century, and it is an apt term, for their sound is twofold – a vast sibilant, sweeping rustle, accompanied by a deeper muttering grumble. You may also, if the starlings wheel directly overhead, detect another sound – of soft drops pattering down – which is why it is advisable to wear a hat.

The sound, though, is cast into the shade by the balletic groupings and regroupings, at breakneck speed, and with sudden changes of direction, above. WH Auden wrote of the ‘patterns a murmuration of starlings rising in joy over wolds unwittingly weave’. It is like watching waves or eddies swirling around the sky – not so much a vast assemblage of individual creatures as a single organism controlled by a vast and infinitely playful intelligence.

That is, of course, if you turn up in the right place at the right time. Having witnessed spectacular murmurations – including one which felt like being in the eye of a starling storm, with the sky all but blotted out – I also know what it is like to watch the birds drop down to roost with hardly a by-your-leave. And there is always the chance that tonight is the night they may decide to roost elsewhere.

With a bit of planning, though, the chances are you will end up witnessing something spectacular – but don’t delay. The murmurations are a midwinter spectacle, with the greatest number of starlings roosting in December and January.

The most striking displays take place on dry, bright, still and relatively mild days. If it is raining, windy or bitterly cold, the starlings still come in to roost but any aeronautical displays happen just above the reed beds before the birds drop down for an early night.

Before setting off, a call to the Starling Hotline on 07866 554142 will tell you where the starlings roosted on the previous evening. Although they do not always return to the same site, this is the best indication of where you are likely to see them. 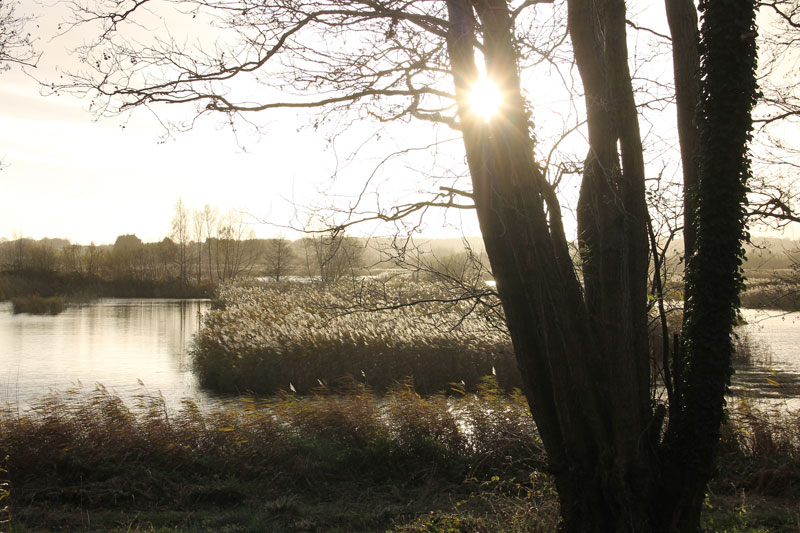 So far this winter – at least up to mid-December – the starlings have roosted in two locations: Ham Wall Reserve, administered by the Royal Society for the Protection of Birds, and Shapwick Heath Reserve, administered by Natural England. These reserves are adjacent, and the main paths through them follow the trackbed of the old Somerset & Dorset Railway, running alongside the Glastonbury Canal.

For Ham Wall Reserve, turn south off the B3151 Cheddar-Glastonbury road in the village of Meare, and follow Ashcott Road for one mile. Just past the Railway Inn, turn left into a car park which has an information kiosk where you can pick up a map of the reserve.

There is another car park on the right just past the Railway Inn, with access to Shapwick Heath Reserve. However, this is some distance from the roosting sites, so for Shapwick Heath it is better to turn south off the B3151 in Westhay, following signs for Shapwick. After one mile, you will see the Avalon Marshes Centre, with a cafe and information centre, on your left. You can park here, although the entrance to the reserve is 350m further on, where there is limited roadside parking.

The car parks can get full, especially at weekends, so it is advisable to arrive no later than 2pm, which gives time to look round before the starlings arrive between 3.30pm and 4pm. It’s worth noting that dogs are allowed on the main paths through Ham Wall Reserve but not on Shapwick Heath Reserve. Finally, be sure to wrap up warm, because the temperature on the marshes soon drops as the light fades, and you may find a torch handy when heading back to your car after sunset.