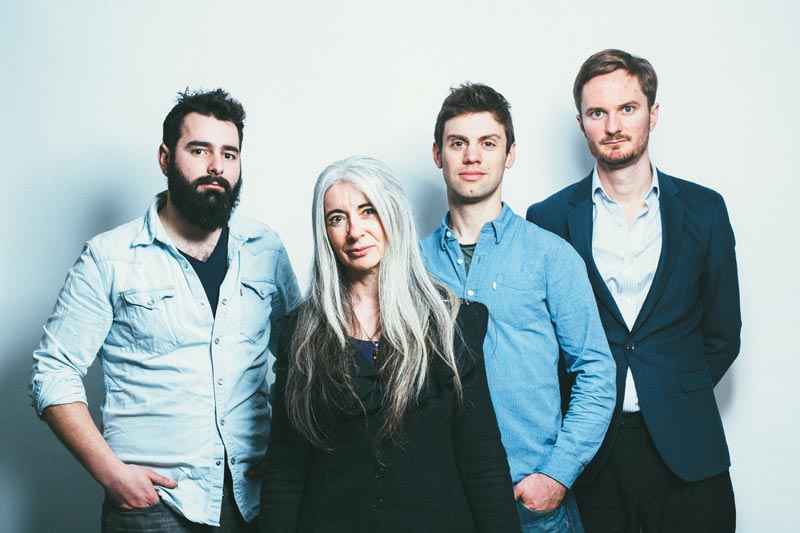 The world’s premier solo percussionist Dame Evelyn Glennie is out of her comfort zone and exploring different avenues with Trio HLK. Tony Benjamin discovers more about the new collaboration, Evelyn’s incredible career, and the art of listening

One of the biggest musical names to appear at this year’s Bristol International Jazz and Blues Festival will be percussion virtuoso Dame Evelyn Glennie. Raised on an Aberdeenshire dairy farm, she went on to study at the Royal Academy in London and became internationally celebrated as the world’s first full-time solo percussionist.

As a fearlessly genre-busting musician, Dame Evelyn’s career has encompassed specially-written classical concertos, recordings with Björk and collaborations with Japanese Kodo drummers, Brazilian samba bands and the avant-garde improvising guitarist Fred Frith. Dame Evelyn was one of the principal featured musicians at the 2012 Olympic opening ceremony, performing Underworld’s And I Will Kiss with the 1,000-strong Pandemonium Drummers. Hers is a remarkable story of musical success by any standards, particularly since she had become profoundly deaf by the age of 12.

TB: People might be a bit surprised to see Evelyn Glennie’s name on a jazz festival programmme – how did that come about?

EG: Well the HLK trio contacted me to be a guest for one track on their debut recording and then they asked if I would do another. I said yes – but before I’d had a chance to look at the first piece. When I eventually saw the music I thought; ah! Because they play contemporary jazz and I felt it was a bit outside my comfort zone, but they were such nice guys and so talented that I thought; why not give it a go? And then, after we’d recorded the pieces I said (half jokingly) “Wouldn’t it be interesting to do this live?” and they were keen so I had to give it a go!

How was it working with the trio?

It was great. I thought it was pretty brave of them to reach out to someone they didn’t really know but I think they wanted someone who brought a different dimension to what they do. I mostly play marimba and vibes which brings an interesting extra element to the sound and I think, musically, there’s room for that. But even though I’m used to dealing with contemporary classical composers, some of the HLK music I found really challenging – the timing and so on. Ant (Law, guitarist with HLK) was really useful with his comments and advice. Richard Kass is such a great drummer and we’re really respectful not to tread on each other’s toes.

Many classically trained musicians have difficulty with improvisation but in the 2004 documentary Touch The Sound you performed completely spontaneously with the guitarist Fred Frith. Was it really unprepared?

Oh yes! But it’s funny you say I’m a classically trained musician because that was only when I was a student in the orchestras at the Academy. What I was working on was to be a solo performer and that was more difficult to categorise. Even in classical percussion concertos a lot of the music is improvised so it’s always been a part of what I’ve done. When people ask me what kind of musician I am, I say “Well, I’m just a musician really.” After all, the solo percussion repertoire isn’t even 100 years old yet! For me, as a musician, I’m constantly trying to peep around the next corner and wanting to try new things so I like to keep this freedom about it.

Many people will have seen you leading the drummers at the London Olympic opening ceremony. Presumably there wasn’t much room for improvisation there?

Oh that was completely controlled! Although I did have a little TV screen by my feet with instructions to repeat things depending on what was going on in the whole arena.

When it came to the torch lighting, however, it was just you playing the aluphone at the heart of the enormous spectacle: how’d that feel?

That was interesting, because Danny Boyle wanted the opposite of what usually happens at such ceremonies – things get bigger and bigger until the climax. He wanted to suspend us there with just one sound and it was so magical because less really is more when you have so many people in one space. He didn’t know if it would work – it was massively brave – but he did it anyway and we bought it completely. It was such a privilege to be part of that, there was so much teamwork involved – the sound people, the people who got you from A to B, everybody who was part of the chain. 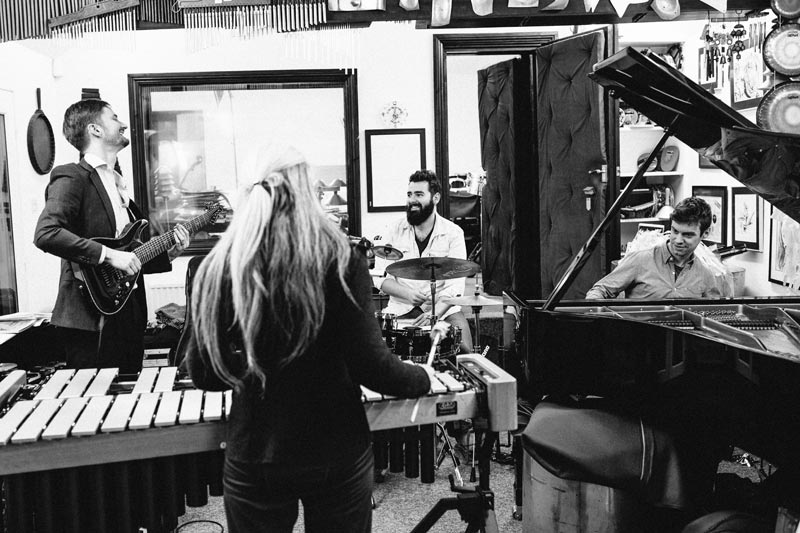 At that time the aluphone was newly invented – were you involved in developing it?

They had invited me to make comments on the original model and now there is a Glennie model. We invited the makers into the ceremony dress rehearsal but, of course, we couldn’t tell them anything about what was happening because it was all a secret. When they realised where it would be played they were over the moon about it!

You have past form in trying out new instruments – didn’t you once play a wheelbarrow in concert?

Oh yes! That was David Heath’s percussion concerto African Sunrise – I had to go out and buy that wheelbarrow specially. It’s still at the back of my garage, I think.

You have mastered so many instruments in your career but are there any that have thrown you?

There are instruments I incredibly admire and would love to have the time to learn to play. Like the Indian tabla, for instance, which is so much based on the language, the territory and all sorts of things. I would have liked to have learnt that but I don’t think there’s time now. It’s taken me all these years to get the repertoire together and get the next generation ignited, to get it accepted as a normal thing to happen, and that’s basically been my focus for a long time now.

Of course you did once get to play Oscar the Grouch’s dustbin on Sesame Street – how important was that collaboration?

[Laughs] Oh very important actually, and again such a privilege to be in that set with such a creative team. Sometimes you just walk into a place and immediately feel that energy, the pushing of boundaries. They’re hugely talented people and it was a big thing to do, amazing fun. It was one of those good collaborations that really was a meeting of both sides.

It looked like fun at the end of Touch The Sound, when you were playing on a New York roof with Cuban drummer Horacio Hernandez… The glee on both your faces is incredible.

That’s another example – he’s amazing. Although I knew of him and his fantastic musicianship, we’d never met before until we were there on the rooftop with the birds pooping on us. It was one of those special little moments that just seem to happen.

In your TED talk ‘How To Truly Listen’, you explain how we should all learn to hear with more than just our ears. Do you think those of us who can hear with our ears might be losing the skill of listening properly?

Yes. As the years have gone by I have gone from being a percussion player on a never-ending journey to be the best I can, to being the best musician I can be – and then thinking; who am I? I’m a person who makes sound, telling a sound story with sound emotions and, from my perspective, a lot of it is about listening to the resonance of the sound. You have to take time to just sit there and listen but with patience there comes an awful lot of discovery that creates an appreciation of sound itself – as opposed to music – and of all the objects that make sound. Expensive or not, what matters is if they’ve got an interesting sound.

You must have to take a lot of sound-making objects with you on tour. Compared to, say, a flautist, are the logistics very laborious for a percussionist?

They used to take up a lot of time because we used to tour for great long periods, taking our own equipment all over the world. But after 9/11 things got more difficult and we had a rethink and now we tour much less and we have the promoters provide the instruments. For example I am about to go to Texas to perform a concerto there but all of the equipment I’ll use will be provided. That means I’ll have to get there, check it all out and get used to playing it before the concert but, on balance, that takes a lot less time than taking my own gear. When I come to Bristol I’ll be bringing my own equipment, though, and I’m looking forward to playing it there.