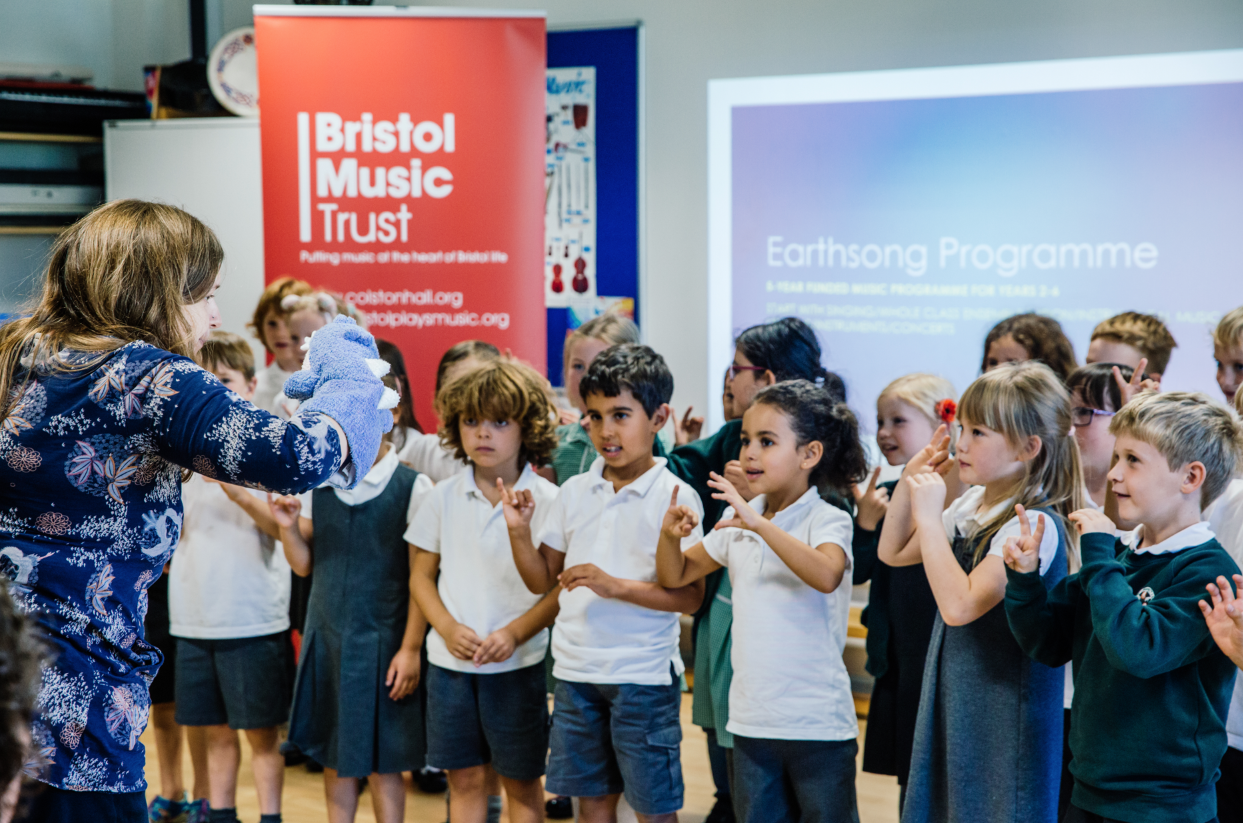 A new citywide arts programme has been launched to engage children from all backgrounds, improve their development and help give them the best start in life

Doctors have started ‘social prescribing’ rather than relying solely on medication for people living with mental health issues and the concept involves engaging in creative and social activities such as music-making. Meanwhile, Professor Susan Hallam at UCL Institute of Education has found that making music (especially from a young age and over a long period) can have multiple developmental benefits which impact brain function and structure and improve cognitive development in domains other than mere music performance. We’re talking aural processing skills plus literacy including second language learning, non-verbal reasoning and general intelligence.

In response to the growing theory that children’s brains develop faster with music training, Bristol Music Trust – which works with 130 schools and youth groups and supports 30,000 young people per year including 2,500 from deprived backgrounds or with special educational needs and disabilities – has launched an ambitious education programme for children in the city. The Earthsong Programme, a collaboration with the Earthsong Foundation, will create opportunities for over 4,500 young people in music education. The initiative has been made possible thanks to an extraordinary philanthropic donation of just under £400,000; the largest single donation to a music education hub in the UK. During the launch last month at Brunel Field Primary School in Ashley Down, pupils performed songs from the programme’s resources as a taster.

Currently, whole class ensemble tuition is regarded as the first access route to music education for nearly all children in England as part of the national plan for music education. Although WCET has been shown to be a popular way to engage children, the number progressing beyond this early stage is low, particularly for schools in challenging areas with a high proportion of children with English as an additional language. The new programme will support children that have traditionally not progressed beyond early stages by providing high-quality singing and music lessons and engaging pupils from Year 2 (Key Stage 1) to build on the government funded WCET.

Born out of the belief that every child should be given an equitable learning environment, the Earthsong Programme was developed to start as a whole class singing programme for children in upper KS1. Critically, it creates a level playing field by using the child’s own instrument, the voice, to teach and embed musicianship skills ready for WCET in KS2. Stage two expands upon their development by providing instrumental lessons and instruments through Year 4 to 6 to improve on the continuation outcomes. The initiative will initially be rolled out across 12 schools in the city and see funded instrumental lessons continue until Year 6 when the children leave primary school.

An initial pilot for the Earthsong Programme ran in 2018 at Minerva Primary Academy in Bristol and the results demonstrated a rise in students’ overall attainment across core subjects at KS1, with up to a 26% increase in performance in STEM activities including reading, writing and maths. The pilot also showed an increase in personal enjoyment, confidence and other social and cultural benefits.

Earthsong has four elements. Start with Singing introduces the elements of music to pupils in a whole class environment, earlier than the Department of Education’s WCET programme. Pupils explore technical aspects such as pitch, timbre and rhythm alongside performance, breathing and the physicality of singing, preparing them for whole class instrumental sessions. Supported Places features instrumental music lessons in groups of three provided to children as a progression from WCET. The aim is to encourage as many children as possible to learn an instrument and enable continued growth of musical and personal development. Choices include guitar, violin, woodwind, brass and percussion with instruments provided through a hire scheme. To ensure continued evaluation, a longitudinal study will track the development of the young people and their achievements during their schooling life, and all children taking part will also be invited to an annual celebration featuring masterclasses and performances for them, their families and teachers.