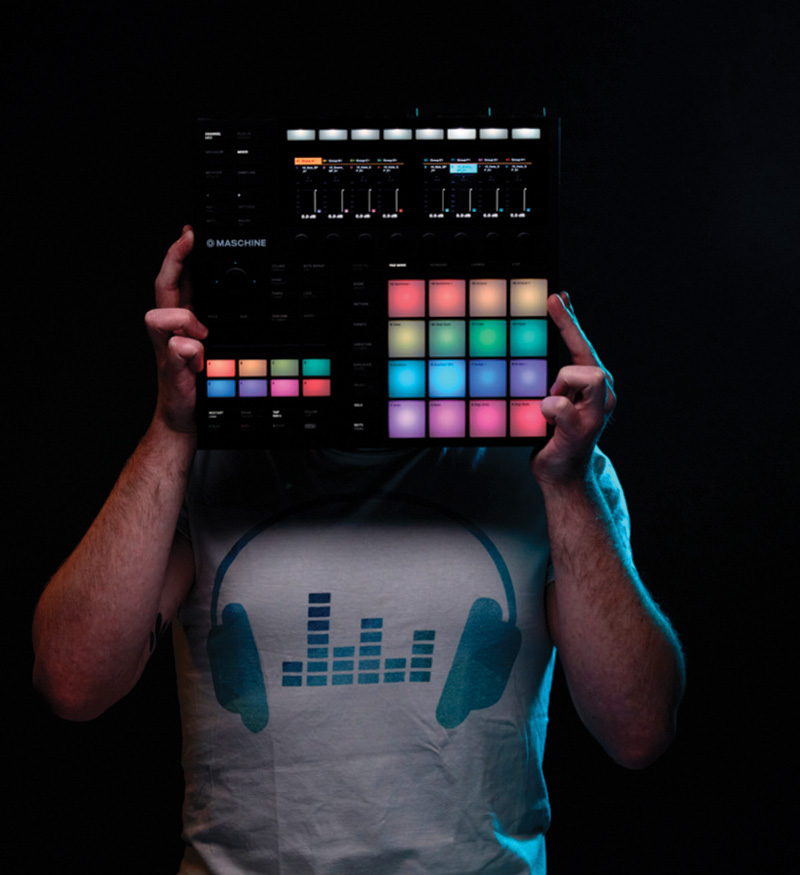 After living in London for 10 years I wanted a change of scenery and had always wanted to move back to the West Country as I grew up in Warminster. I still wanted to live in a city but with a more easy-going vibe so Bristol was the perfect fit. I’ve only lived here for a year but can see myself staying until I move away from city life in the future. I’ve spent most of my time exploring St Werburghs – my top spots are Café Napolita, The Duke of York and The Farm for a few drinks and a game of pool or seeing some animals! The Star and Garter is great, particularly in the summer, for some music and a good atmosphere.

Myself and my partner run a creative business called Maby Media where I work with different clients predominantly in the music industry. I specialise in motion graphics, animation and video postproduction, so my day consists of too much coffee followed by creating content, lyric videos, showreels, etc, for musicians and record labels, as well as producing music and working on my own stuff. My first release was a five-track EP that took inspiration from all kinds of genres and reached the top 10 of the reggae charts on iTunes in 2014. Since, I’ve worked with a number of different artists and collaborated with Marina P and Emilie Chick.

My favourite collaboration was with Abdominal. I used to play his release with DJ Format, Music for the Mature B-Boy, all the time, so when they did a release 14 years later I was over the moon to have the opportunity to create something of my own. I enjoy creating visuals to accompany my tracks and this is what I’ve been focusing on over the last couple of years. I release a lot of videos on social media – a combination of samples and well-known songs that I perform in my studio. I begin with a song I love, a popular chart entry or just a catchy melody then start digging for songs and samples to fit the key and tempo. From there it’s just about having fun creating a mix and making something new.

I have been collaborating with Melodics on a video series called ‘Play It Yourself’ as well as creating a course teaching drumming techniques that can be applied to finger drumming. The Trinity Centre is one of my favourites as they have a lot of dub and sound system nights. For jazz The Old Duke is great, as is The Canteen for something a bit different. Recently I’ve also been exploring the drum ’n’ bass scene after creating a video for Bristol-based Keeno. I really like grafitti and one of my favourite artists is 3Dom, who came and graffitied my back garden when I first moved to the city.

Given the current situation, I can’t wait for the summer when hopefully things will be back to normal. St Pauls Carnival is top of my list with it being on my doorstep. I’m also looking forward to Highrise and Teachings in Dub festival and Tokyo World.

If I was stuck on a desert island and had to choose one band to listen to, it would always be Fat Freddy’s Drop. I mainly listen to reggae, jazz, funk and hip hop; regular artists coming out of the speakers are A Tribe Called Quest, Bonobo, Sharron Jones, Buddy Rich and Us3.

If I was in charge I would give communities more freedom over putting on events in their local area. It’s important for everyone to have an input; this would help bring people together and make the most of the amazing green spaces Bristol has to offer.