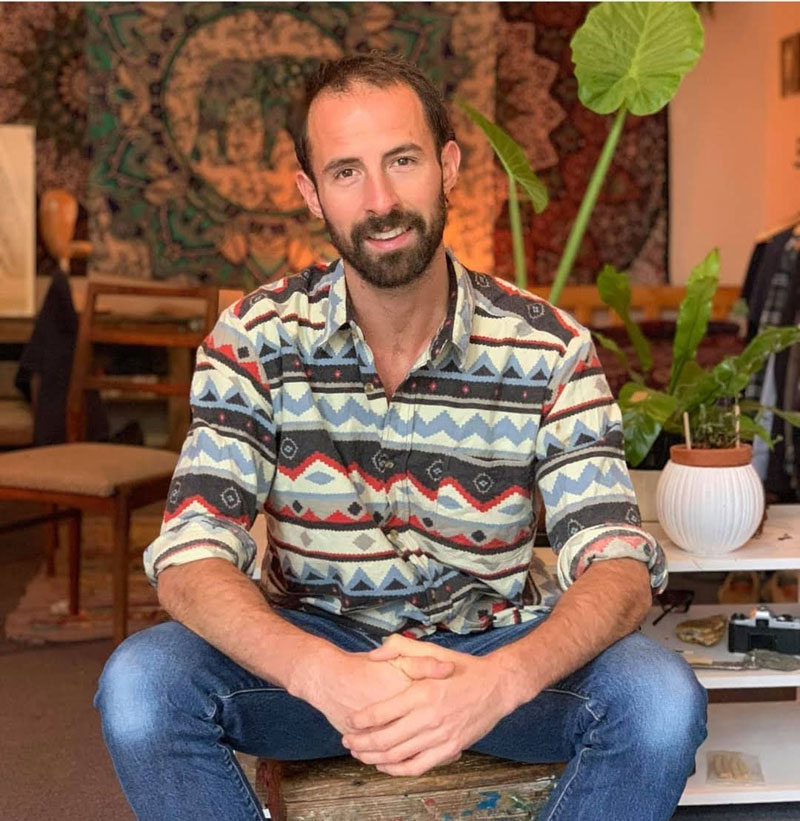 I always knew Bristol was a hub for international development organisations so when Legs4Africa started blossoming, I knew I needed to be surrounded by like-minded people, so I moved down here from the Midlands.

I’ve found it hard to be bored in Bristol (apart from once or twice during lockdown); there is always something interesting to do. What’s really special for me is what’s happening in the daytime – outdoor activities such as climbing, cycling or hiking are my go-tos these days, and there are just loads of opportunities for that.

Legs4Africa started as a random act of kindness back in 2013, when I managed to get a chap from The Gambia a new prosthetic leg following a visit there. Seeing this man walk again and witnessing how it impacted his family and community touched me deeply, so I set about rescuing unwanted prosthetic legs from anywhere I could find them. Luckily I had few friends that wanted to get involved, and people in the prosthetics industry liked what I was doing, so that first leg soon turned into many.

In the early days, I would personally dismantle the legs, but a few years ago we started working with groups of retired men around Bristol to dismantle them for us. These groups are called Mens Sheds, and I absolutely love what they do to help retired men keep busy and connected with their community. We are now receiving and dismantling enough legs to support eight mobility centres across six sub-Saharan countries.

Our recent campaign, Leg Up, is the brainchild of our fundraising manager Evie Dickinson and has been launched to bolster the projects that we’re running in The Gambia. It’s a match-funded campaign meaning all public donations are doubled, which is obviously incredible. There has been a focus on The Gambia since we began, and we can see that a lot more still needs to be done to support people with limb differences there. Our projects involve supporting the country’s only mobility centre by providing training and prosthetic legs, offering outreach services, peer support, and counselling to help people through the trauma of limb loss. Our target is to raise £100,000 by Christmas Eve. It’s the biggest fundraiser we’ve ever tried to do, and we’ve had tons of support from Paralympians and other influential people with limb differences.

As I run the Leg Recycling Programme, I’d like to see us rescuing even more legs in 2022, which means developing more robust relationships with suppliers and clinics in the UK and overseas and streamlining our supply chains. Our partners in France are currently sailing a boat of prosthetic components that they’ve collected over the last 18 months to the clinic in The Gambia, which opens up a conversation about ethical and sustainable transport.

The dedicated retired men from Mens Sheds that crack on with dismantling the legs that arrive from around the country definitely deserve a shoutout. Without them, we wouldn’t have been able to recycle 10,000 legs and make such a positive impact on so many people’s lives.

Recently, I’ve been thoroughly enjoying reading The Dangers of Smoking in Bed by Mariana Enríquez. It’s a charming book of short stories. The Blind Boy podcast is hilarious, and they also talk a lot about mental health and other major societal challenges we’re facing right now.

I love going to the new veggie or vegan restaurants that seem to be popping up more and more around town. OM Burger on Gloucester Road recently tickled my taste buds.

If I could have dinner with anyone dead or alive, it would have to be one of my early ancestors, ideally from a few thousand years ago; it would be interesting for a few reasons but mainly because I would appreciate it if someone brought me back from the dead way into the future.

My philosophy is to leave this beautiful little planet having given more than I have received.