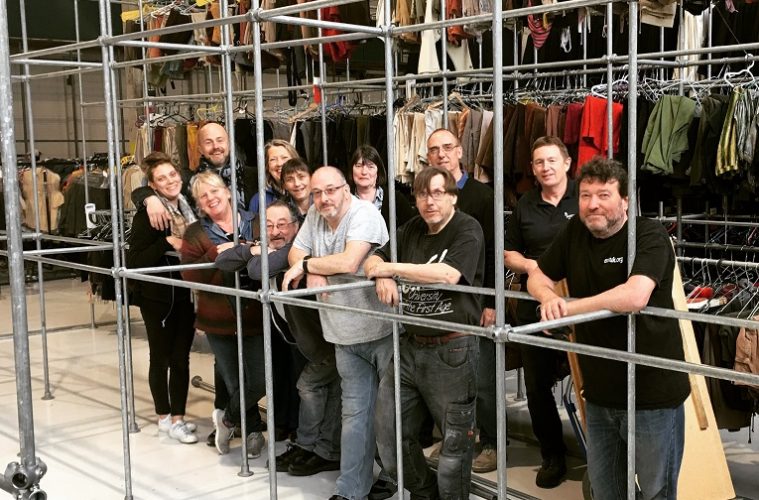 New At The Bottle Yard

Their arrival brings the number of companies based at the Bristol film and TV studios to 21, bolstering its significance as a centre for creative industry business in the West of England.

Founded in 1990 and previously based in Filwood, Bristol Costume Services provides period and contemporary costume and accessories for hire to the theatre, television and film industry. With a hire stock of over 90,000 costumes, it also operates a professional workroom which delivers pattern cutting and making as well as costume alteration and maintenance, dying, breaking down and fitting services. “We’re very happy to be successfully installed on site and part of such a friendly, like-minded community,” said Louise Nipper of Bristol Costume Services. “It took our team of 10 more than three weeks to move – with three 40-foot pantechnicon lorries transporting up to eight loads a day, each containing 30 rails of costumes. After such a monumental task, it’s safe to say we’re never moving again. We’ve definitely found our forever home at The Bottle Yard Studios.”

MRU Services supplies experienced health care professionals, to support TV and film production companies and proactively support cast and crew to maintain the overall health of production teams. The company can also work closely with stunt co-ordinators and animal handlers, and in some cases supply a fully equipped ambulance with appropriate staff including registered paramedics. “Since forming in 2007 we’ve supported a large number of TV production companies filming in the Bristol area, often based at The Bottle Yard Studios,” said Jim Gardiner. “The TV industry is expanding in Bristol and we’re really pleased to have moved on site to continue our work as part of the studios’ tenant community.”