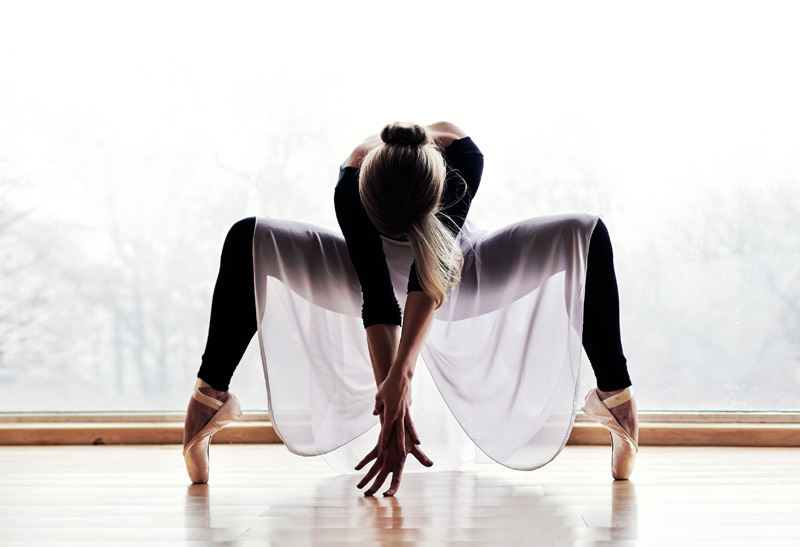 Sarah Sigley – one of only four female ballet company directors in the UK – explains how she is striving for equal opportunity for everyone who studies this beautiful discipline, from her Bristol dance school base

Believe it or not, the latter is the most current list of female choreographers, to date, in ballet. It might not seem that bad, until I tell you this is a list from across a 275-year period of ballet, ballet companies and the popular rise in ballet among the public.

Don’t get me wrong, if you go to any church hall in the UK, on a Saturday morning, you are likely to find plenty of girls and young ladies working hard to understand and enjoy this art. If you look at any corps de ballet (the big groups of dancers in a company) there are many more women than there are men. So clearly it is not the lack of females in ballet that is the issue here.

My name is Sarah Sigley. I am one of very few female choreographers and one of only four female ballet company directors in the whole of the UK. I run my company, New Works Ballet Theatre, in Bristol and grew up creating choreography from a very young age. At the time, I was not popular enough at my local ballet school to have anyone make up a dance for me, so I just started making my own out of necessity to have something to perform. People seemed to like it and I carried on, not thinking anything of it.

Ironically enough, it wasn’t until I was training professionally in London that it became an issue. Suddenly I realised that a female choreographing ballet was not the done thing. No one ever really said anything, but I felt it wasn’t my place to make ballets. It was okay if I made contemporary dance, but ballet was not something a girl did. Unless she obviously fancied herself as the next Pavlova and apparently, I was more blancmange.

I never spoke about this, for quite a number of years. Mostly because I couldn’t quite explain what was wrong and also because, as a female dancer, you are taught not to question things.

Remember that church hall we spoke about? That is the reason why females are seen as so very dispensable. There are a lot of us. I would argue that everyone can bring something new and different to the table, but tradition doesn’t always see it that way.

Let’s think about tradition for a moment. In the beginning, women were not allowed on stage (too wicked and full of sin) but eventually the rules began to change and on they came – contributing grace and gentle fluidity to ballet and (in the Victorian era) boosting ticket sales for being ‘easy on the eye’. So they were a good marketing tool.

It was still men who called the shots though, deciding what productions would be shown, which of them would choreograph and who would write the music. It was a sign of the times; women had no control of their lives and did as they were told. At this point it is also worth noting that there were equal numbers of men and women working in ballet. Fast forward to the Second World War, and with the severe lack of men due to them being enlisted and, often, killed in action, those in a ballet company were a scarce commodity. Companies were even turning a blind eye, due to this demand, to homosexuality, which, at the time, was illegal.

This goes some way to explaining why men are so very valuable in ballet and why women have been taken for granted somewhat. Our perceived value is also instilled in us right from childhood in the studio and, typically, boys and young men are taught to believe that they are unique individuals who can do whatever they choose. Girls and young ladies are often told that they are always replaceable, that the person next to them on the barre is better than them and to not question anything, but do as they are told.

Of course, we can’t all go around breaking the rules all the time or no one would get anything done, but imagine if both sexes were educated to think about themselves in the same, more encouraging way, with equal confidence in females and their abilities. I believe more sectors of the industry, especially schools, have to start thinking more carefully about how they teach young people to think about themselves and what they can do, not what they can’t or what they are up against.

However, who and what we see in the industry is massively important. Being able to identify with or see a part of yourself in a role model, someone representing a minority, a body type or a position that wouldn’t commonly be assumed, has a lot of power, especially in this visually reactive age. All this must go for the men too. The typical image when thinking of ballet is a female in a tutu and pointe shoes – the star of the show – and chaps don’t often get that moment in the spotlight, instead supporting the lady as an insipid prince or characterless shadow.

While the industry is starting to dip a toe into bettering this, there’s still a way to go. Even now in the programmes, we see long lists of males in the leadership and creative roles and only the occasional one-off production with an all-female creative list – which is often hyped as a huge novelty. Those little girls and boys in the church hall classes need to see more women in directing and creative roles. Both men and women should be able to combine energy, emotional understanding and passion, free of judgement of being who they were born to be.

These outdated ideas are all anyone has known in the industry – and change is hard when they go back hundreds of years – but it is time we started to question and gently tweak them. With New Works’ Associate Programme for children we are offering further training so young people have the opportunity to learn new skills that they may not have had the chance to, such as choreography (to apply, see NWBT website). We are not looking to completely eradicate the traditions, rather to strive for genuine equal chances – when it comes to the roles in shows, as well as who creates and choreographs – for everyone.

• New Works presents a double bill featuring a retelling of La Fille Mal Gardee, set in post-war 1940s’ Somerset, and the choreographic debut of Rosy Piggott, of Shades of Blue – a visceral piece about how mental health affects us all – at Kelvin Players Theatre on 25 May; nwbt.co.uk