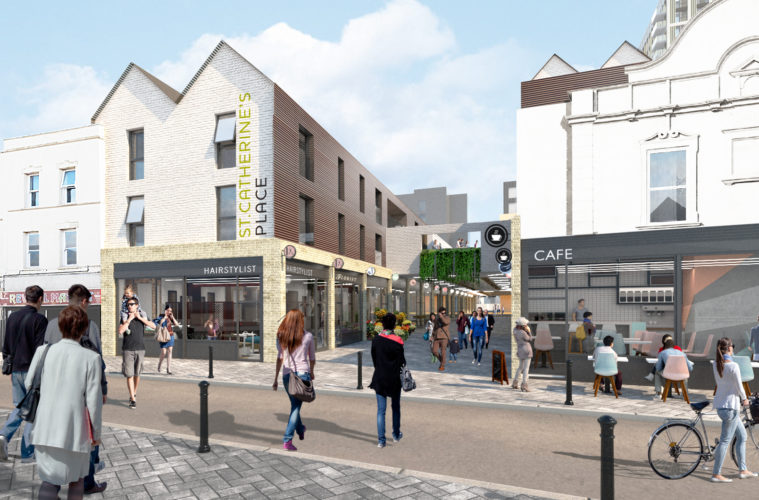 The South West cinema operator has signed an agreement with Bristol-based developer Firmstone Consortia One. Subject to planning permission, Firmstone will invest £5million – including £1.5M into the new cinema – in refurbishing the St Catherine’s Place shopping centre, as part of its redevelopment. Scott Cinemas is set to invest an additional £1.5million in the cinema.

The new venue will have the latest technology including Dolby Atmos sound and 4k laser projection in all screens, as well as a bar/cafe. Scott Cinemas operates a tiered pricing structure to ensure it is accessible to all local customers and makes auditoriums available to community groups so they become social hubs.

A planning application for the redevelopment of St Catherine’s Place, which will create a further 271 homes, has been submitted. It is expected to go before one of Bristol’s planning committees in April.

So far Firmstone Consortia One has created 54 new apartments in Catherine’s House, which was formerly offices and is part of the wider St Catherine’s Place scheme. Its wider plans for St Catherine’s Place form the gateway to a major regeneration scheme called Bedminster Green. “This is fantastic news for Bedminster. The new cinema will become a social hub and is set to be a catalyst for the wider regeneration of East Street,” said developer Francis Firmstone. “We have worked hard to find a business that’s the right fit for the community to create the kind of step-change that’s so badly needed for the shopping centre. Scott Cinemas is a great South West company, much loved by its loyal following in Henleaze and our plans will help reinvigorate the East Street area, which, in its heyday, was the social and economic hub of South Bristol. We are investing significantly to make sure this becomes the vibrant heart of Bedminster.”