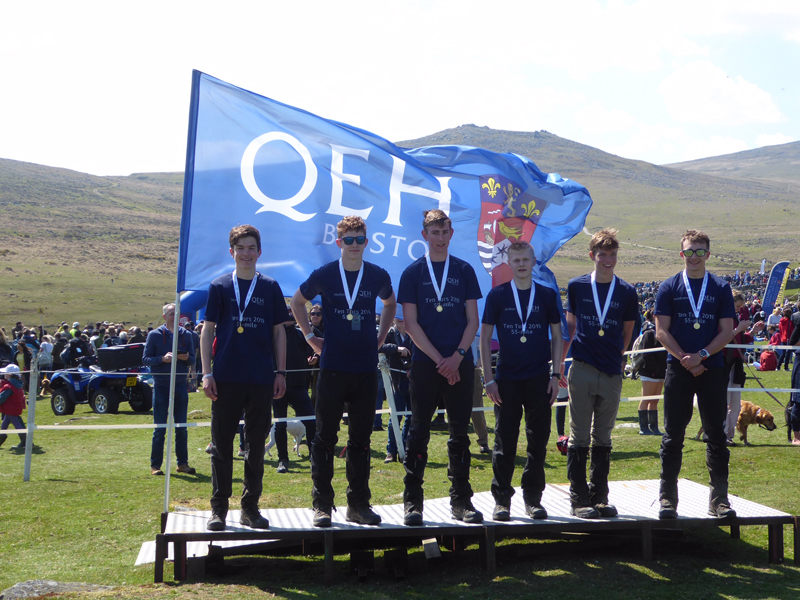 In its 20th year of taking part in the Ten Tors event, QEH had an unprecedented six teams representing the school in the annual challenge.  With two teams in each of the 35, 45 and 55-mile categories, QEH had more young people taking part than any other school in the challenge.

This year was the first for the school to not only have two brothers taking part, but a brother and sister also. There were also two boys in Year 9 representing Cabot Scouts. As ever, all QEH pupils who set off on the Saturday morning came over the line to finish on the Sunday. Many of the school’s teams were the first on their route to get in, and collectively the 38 QEH participants walked over 1800 miles – walking from Bristol to Moscow, turning around, and walking 100 miles back again!

Stephen Holliday, headmaster at QEH, commented, “Statistics alone cannot really represent the mental and physical strength and resilience needed to take part in such a challenge. Well done to not only all those who took part in the challenge itself, but also came along to train over many horrible wet weekends throughout the winter. It was a hugely impressive effort from all concerned, and truly one for the QEH history books.”