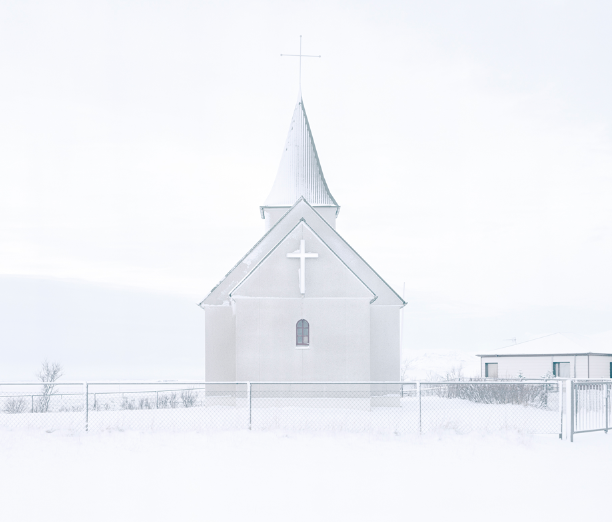 Bristol photographer Jack Latham’s work uses the backdrop of Iceland’s biggest and most controversial murder investigation to explore the relationship between photography, truth and the uncertainty of memory. Head to the RPS this month to examine the case for yourself…

Forty years ago, two men went missing in south-west Iceland. The facts of their disappearances are scarce and often mundane. An 18-year-old set off from a nightclub, drunk, on a 10-kilometre walk home in the depths of winter. Some months later, a family man failed to return from a meeting with a mysterious stranger. In another time or place, they might have been logged as missing persons and forgotten by all but family and friends. Instead, the Guðmundur and Geirfinnur case became the biggest and most controversial murder investigation in Icelandic history.

Bristol-based photographer Jack Latham immersed himself in all aspects of the case, from meeting key protagonists to locating and photographing key sites of the investigation. The resulting project, Sugar Paper Theories, brings together original photographs with a range of archival and documentary materials to explore the case. From police files to conspiracy theories, forensic science to the notion of memory distrust syndrome, it plays on issues of certainty and uncertainty, the unreliability of memory and the power of suggestion.

The Royal Photographic Society, at Paintworks, is hosting the first UK showing of Sugar Paper Theories to coincide with the release of a new, updated edition of Latham’s award-winning photobook. “Sugar Paper Theories uses photography and a real-life story to explore fundamental concerns around truth and objectivity which are so relevant in today’s post-truth world,” observes Dr Michael Pritchard, director of education and public affairs at the RPS – which is pleased to be exhibiting a project previously only shown at Reykjavík Museum of Photography, plus new work created especially for this enlarged Bristol version of the original show. We spoke to Jack Latham to find out more…

TBM: What motivated you to explore this happening in this way?

Jack: I first heard of the case in 2014 and, like a lot of people, was fascinated by the idea of false memories. The more I read about it the more I felt it was something that the medium of photography would lend itself to. The reason I was attracted to the Guðmundur and Geirfinnur case was less because it was about crime, and more that the people central to it had suffered from memory distrust syndrome – a condition that made them, falsely, believe they had committed two murders without any evidence they had done so. I was interested in the role photography can play in depicting memory.

Why is this project and exhibition so relevant to today’s post-truth world and what does it tell us about it?

When I started this work the notion of ‘post-truth’ was in its infancy. Terms like ‘fake news’ and ‘alternative facts’ weren’t being used in everyday vernacular as they are now. Our realities are informed by the narratives of what we are told and I think that has always been true; in a small way this project attempts to focus in on how certain narratives can inform our lives in negative ways.

…We should see photography the same as a writer’s pen. Both reinterpret the world through the mind of the person wielding them…

What is the main thing you’d like people to take away?

In 2018 the charges against the five men in the case were dropped. It was only the charges against Erla Bolladóttir, the only woman central to the case, that were upheld. When we first showed the exhibition in 2017 in Reykjavík the space became a place where members of the public could interact and ask questions directly to those accused. The case has been getting more attention internationally and I feel it’s important to shine a light on injustices.

If you feel you can distill it down to the basics, how do you perceive the relationship between photography and the truth?

I feel we should see photography the same as a writer’s pen. Both reinterpret the world through the mind of the person wielding them.

What’s it like to be a photographer in Bristol?

I have only recently relocated to Bristol, although, being from Cardiff, I spent a lot of time here when I was younger. It is wonderful to be part of what is fast emerging as one of the most exciting places in the UK for photography.

What was the most challenging part of this project?

Did you face many restrictions?

Other than the weather, no. There is a public understanding that what has happened to these people was horrific and an injustice – as a result of that, people were very forthcoming and often keen to help in the production of the work.

Can you tell us about the new work created for this exhibition?

When the work was first completed in 2016 it was published by The Photographers’ Gallery and HerePress. It went on to do quite well and sold out very quickly. With the support of the RPS we are reproducing a second edition which features a foreword by Erla Bolladóttir and an additional chapter by Gísli Guðjónsson, explaining what has happened since the first edition came out. The exhibition at the Royal Photographic Society will mark the first time the work has been seen in its entirety.