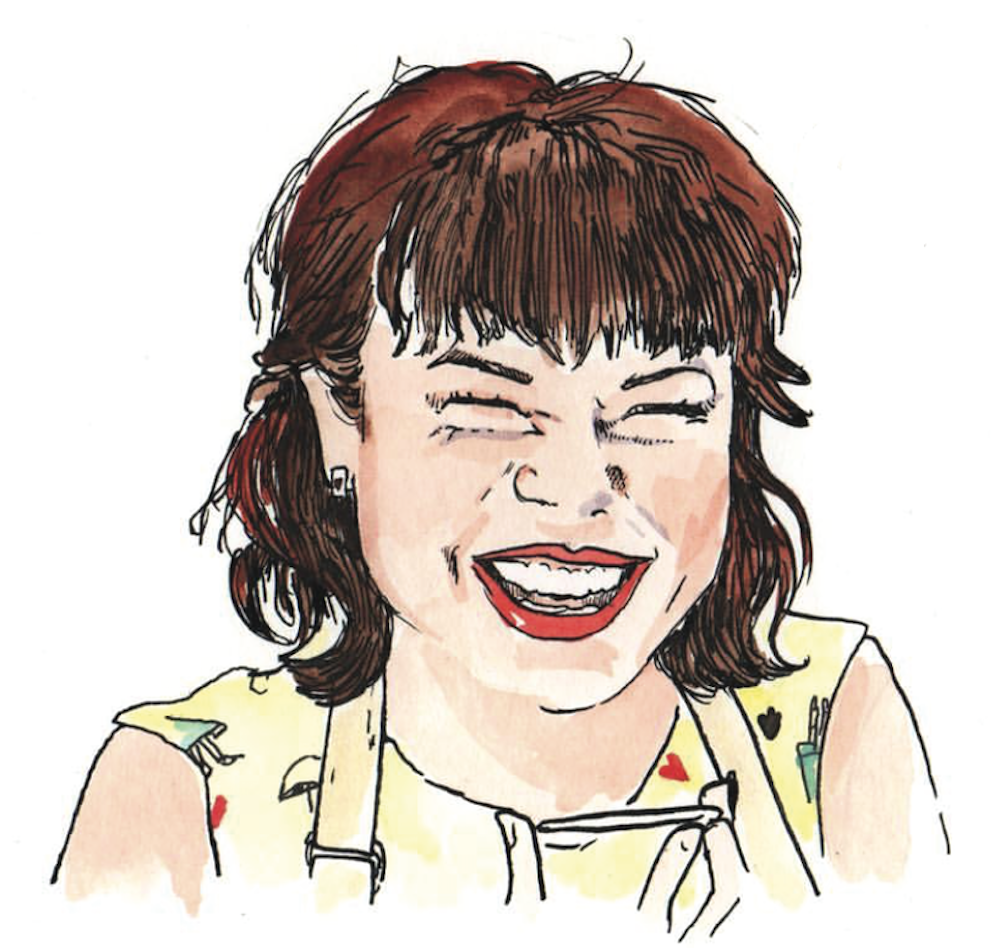 New York, New York! I have just returned from a week in the Big Apple with my family and it really is a city like no other: the buzz, the people, the food. Every corner features a street-food stand serving up waffles, hot dogs, pretzels and, of course, bagels. They come in so many flavours – sesame seed, poppy seed, cinnamon, raisin, the list goes on! In the last few years though, there has been a new bagel on the block – the fabulous rainbow bagel. It does what it says on the tin: it is a bagel but more colourful than a unicorn at the Easter Bunny’s birthday party. Now, I think we need to bring the rainbow bagel to Bristol so here is my method to try at home… Ta-dah!

Method:
• Pour yeast onto 300ml warm water and set aside for five minutes until frothy.
• In a large bowl, mix flour, sugar and salt. Add yeast and water mixture. Mix together with your hands to form a stiff dough.
• Tip onto a floured surface and knead for 10 minutes until smooth. Place dough in a lightly oiled bowl and cling film. Leave for an hour to rise. (TIP: steps two and three can be done in an electric stand mixer with a dough hook.)
• Heat oven to 220°C/200°C fan. Line two baking sheets with parchment paper. Place a large pan of water on to boil.
• Tip the risen dough onto a lightly floured surface and knock out the air with your first. Knead briefly until it forms a smooth ball.
• Divide dough into four. Knead five drops of pink gel food colouring into one of the smaller dough balls until even in colour. Repeat with the remaining three balls and the remaining colours.
• Roll out each coloured dough into a six-inch sausage. Line them up next to each other. Pinch the ends together, then twist them to create a multicoloured sausage. Tuck the ends under and knead very briefly into a ball to bring the coloured doughs together.
• Divide the multicoloured dough into 10 even balls. Use your thumb to poke a hole in the middle of each. Place each bagel on the parchment paper and cover loosely with cling film.
• When water in large pan is boiling gently, drop shaped bagels in two at a time. Flip after a minute. Remove, drain on kitchen paper then place back on parchment.
• When all the bagels have been boiled, place in the preheated oven for 20-25 minutes.
• Transfer to a wire rack until cool.
• Best served toasted with cream cheese.