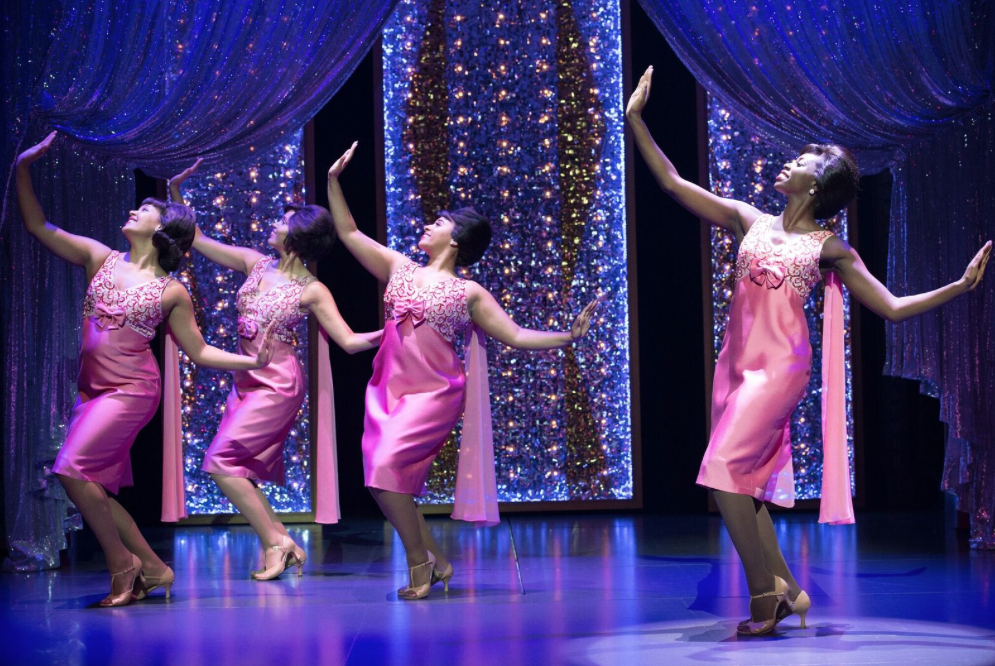 Even if you think you’re not particularly a fan of American singer-songwriter Carole King, you probably are. We pretty much all love The Righteous Brothers’ You’ve Lost That Lovin’ Feeling, right? Who doesn’t feel a tingle down their spine listening to The Shirelles’ imploring Will You Still Love Me Tomorrow?”

And who among us hasn’t flung themselves around to The Locomotion on a wedding party dance floor? King wrote (or co-wrote, with her first husband Gerry Goffin) all these hits and many, many more (118 on the Billboard Hot 100 charts and 61 on the UK charts to be precise) – making her the most successful female songwriter of the latter half of the 20th century.

Not content with churning out hits for others, King recorded her breakthrough solo album Tapestry in 1971, which remained on the charts for more than six years and broke all previous records for holding the number one slot in both the USA and the UK.

As she provided the soundtrack to so many lives, it’s a fitting tribute that Beautiful: The Carole King Musical – from a book written by Douglas McGrath and including live versions of some of King’s greatest hits – opened at San Francisco’s Curran Theatre in 2013, shifted to Broadway early the following year and has pretty much continued to tour the world ever since. 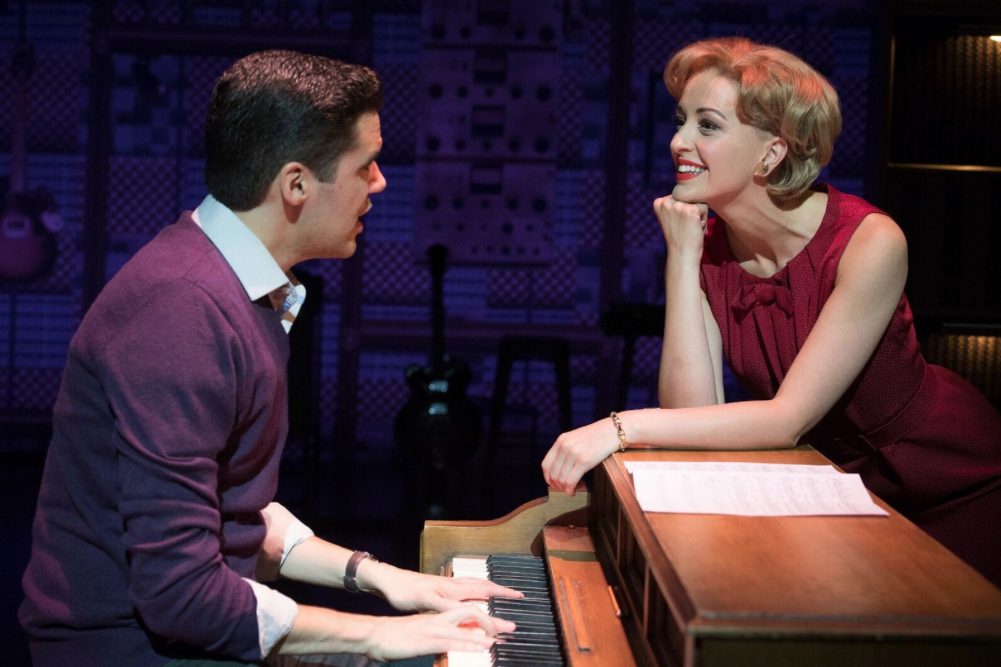 Beginning and ending with the legendary performance at Carnegie Hall in 1971, this smooth-flowing, beautifully-staged musical journey sweeps us through key points in King’s life, from awkward teenager in love with music to dynamic, wholly independent grown-up woman with a troubled ex-husband, two kids, and a massively successful album that’s all her own work under her belt.

Bronté Barbé excels as King: self-effacing, socially awkward, hugely likeable and apparently – well, apparently just an ordinary woman craving an ordinary family life away from the spotlight. But with all that musical talent, her way with words and that voice, the spotlight was unavoidable – and Barbé’s uniquely charismatic voice soars into the realms of goose bump-inducing perfection.

Kane Oliver Parry is equally strong as King’s writing partner and first husband Goffin, at once as confident and strong as he is discontented and unfulfilled, regardless of the couple’s commercial success and his wife’s commitment to creating a blissful domestic life; the moment when Goffin is hospitalised, having suffered a nervous breakdown, is a memorably poignant, tender one amidst the musical brouhaha.

Adam Howden as Donnie ‘The Man with the Golden Ear’ Kirshner – the music publisher, producer and talent manager that put the Goffin-King show on the road – is the subtly charismatic anchor who evolves from ambitious business mogul/svengali to advocate to personal friend as the story croons along.

But it’s perhaps King’s long-term friends and friendly-rival fellow songwriters Cynthia Weil and Barry Mann who truly give full context to the nuances and subtleties within the closely-woven tapestry (sorry!) of her life (the Weil/Mann partner wasn’t too shabby either, with the duo penning Lovin’ Feeling and Saturday Night at the Movies among other hits). 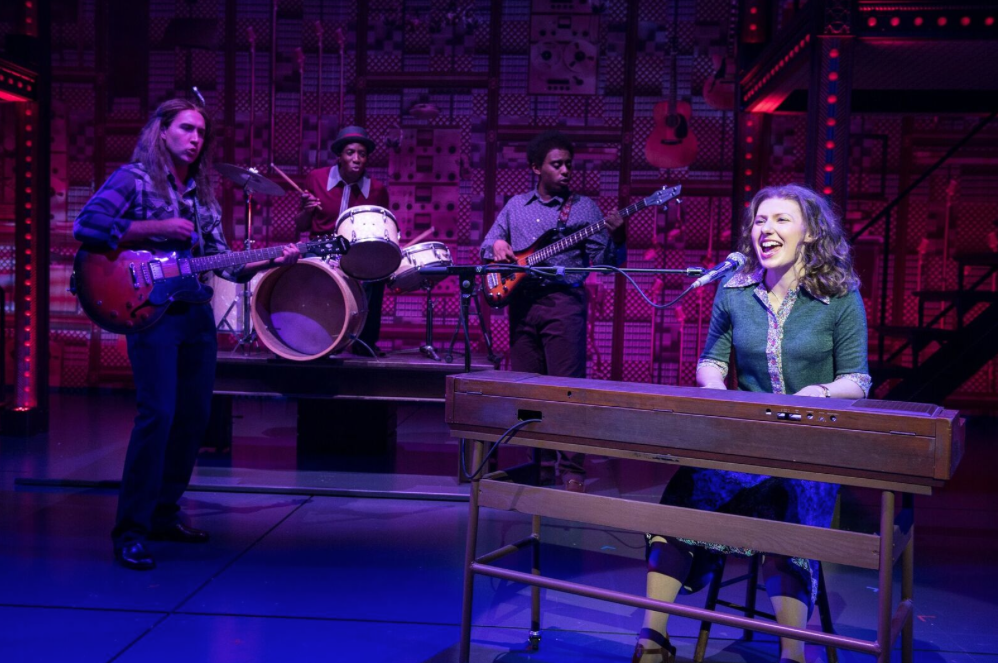 Amy Ellen Richardson as Weil, the no-nonsense, super-witty, glamorous go-getter with a fabulous voice, is thoroughly engaging throughout, while Matthew Gonsalves as her creative and romantic partner Mann has great fun with his character’s arch hypochondriac traits (think; a cleverer Joey Tribbiani meets a far less-obnoxious Woody Allen) and flaunts a natural talent for delivering perfectly-timed comedic lines.

As it turns out, Gonsalves is also gifted with an amazing voice: his solo spotlight moment, belting out We Gotta Get Out of this Place, electric guitar slung low across his body, competes even with Barbé’s big finale for the show’s outstanding moment; Gonsalves is most definitely a rising star to keep an eye on.

But ultimately, we’re on ensemble territory here, and not a single member of the cast nor the orchestra fails to deliver – we’re treated to impeccably-choreographed performances from The Drifters, Little Eva, The Shirelles and The Righteous Brothers, complete with meticulously recreated wardrobes and flawless live vocals.

Meanwhile, stripped-back early versions of what some might dismiss as superficial teenybop ditties prove just how much musical genius and lyrical poetry was woven into those songs (Barbé/Parry’s ‘unplugged’ rendition of the earliest incarnation of Some Kind of Wonderful being one of the finest examples). In summary, there’s nothing not to love about this multi-faceted musical extravaganza.

While it’s true that King’s life was not without all manner of emotional tribulations and challenges, this is most definitely not downbeat ground here. Beautiful is, overall, a triumphant two-and-a-half hour celebration of artistic creativity, self-belief, empathy, friendship and love – and, of course, music. It really is beautiful.

Previous
Wild Bristol: Going Down Under