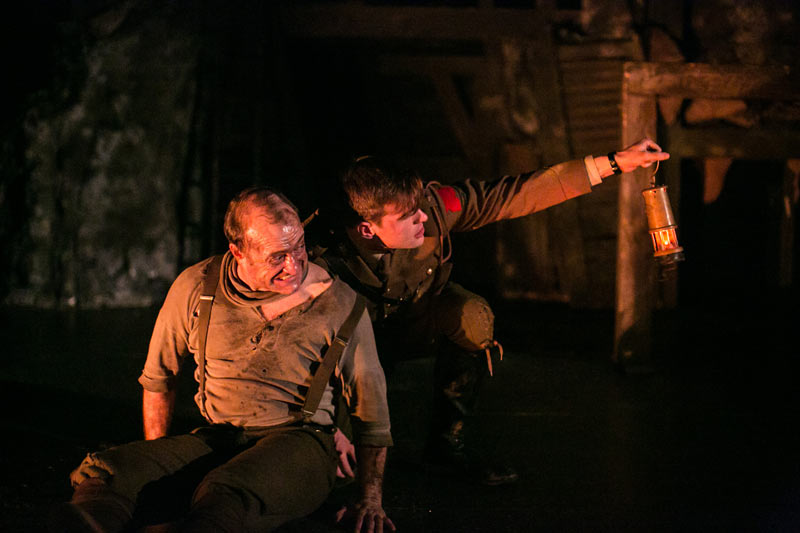 Following its release in 1993, Sebastian Faulks’ fourth novel, Birdsong, quickly reaped critical acclaim for its vivid and shocking exploration of the trauma soldiers experienced as a result of First World War trench warfare – something which hadn’t been highlighted by many novelists at the time of publication.

Since then the novel has become a national favourite, being named the 13th most loved book in Britain in a 2003 survey, and being featured on the reading lists for students across the country, learning about the horrors of the First World War, as well as being made into a BBC television adaption starring Eddie Redmayne and Clémence Poésy in 2012.

Playwright Rachel Wagstaff’s latest adaption of Faulks’ novel follows the life of Englishman Stephen Wraysford as he arrives in pre-war Amiens in France. There he falls in love and embarks on a passionate affair with Isabelle, who is married to textile giant Azaire. Fast forward six years to 1916, Stephen – now an officer in the British Army – oversees the men whose job it is to dig deep tunnels under the trenches into No Man’s Land and plant mines in the hopes of blowing up the opposition’s trenches.

The play explores the immense psychological challenges of the war including how Stephen leads his men over the top on the first day of the Battle of the Somme, and the difficulties of laying mines beneath the trenches and its fatal consequences.

Often an overlooked part of the First World War, the men who were employed to build the tunnels under the trenches were previously miners, or builders of sewers and the London Underground. Despite being called ‘sewer rats’ by other troops, these men had an extraordinarily dangerous job, threatened by the risk of flooding, explosions, and collapsing caves.

In this adaption, Victoria Spearing’s set design is highly evocative with the use of miss-match sandbags, built up trenches, rickety ladders, barbed wire, jagged bits of wood, and a large wooden cross looming above the stage.

Tim Treloar is remarkable as former miner Jack Firebrace. Compassionate, witty and sensitive, he provides a superb performance that will have you both laughing and on the brink of tears. His character’s relationship with fellow sapper Arthur, played by Simon Lloyd, makes for a great double act, and highlights the importance of friendship and morale during the horrors of this conflict. 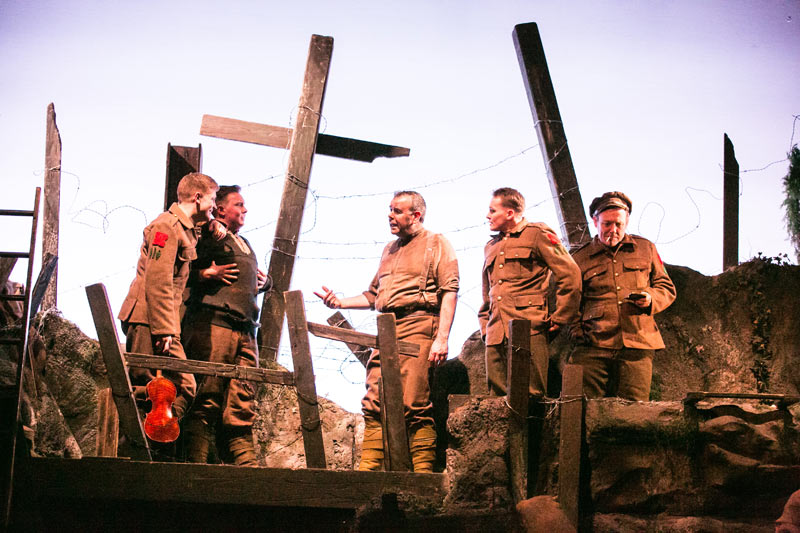 The scene where the soldiers read out their letters to home before the first assault at the Somme is particularly moving. The way the script flips between each soldier making kind and reassuring remarks to their mothers, fathers and wives reflects how so many Tommys tried to comfort their loved ones back home, even when almost certain death was just metres away. This scene is made all more pertinent by James Findlay’s singing in between speeches, his soft folk tone creating an eerily beautiful atmosphere.

Madeleine Knight is compelling as Isabelle, firstly trapped in an abusive marriage, and later scarred by the consequences of war, while Riley Carter adds an air of light-heartedness as Welsh sapper Evans.

Despite his character being rather cold by nature, Tom Kay’s portrayal of Stephen Wraysford falls flat at times and it became difficult to believe his infatuation with Isabelle, or his psychological struggles through the war.

The simple additions of tables and chairs to depict Isabelle’s house as the play moves between 1910 and the trenches of the war are swift and effective, while Alex Wardle’s lighting design for the dark underground tunnels, only lit by the orange of lanterns, and the shocking mine blasts contrast brilliantly with the warm glow onstage during Stephen and Isabelle’s affair.

Poignant, gripping and sincere, this adaption of Birdsong displays the harsh realities of the First World War and captures the sheer desperation and anguish that soldiers experienced. The delicate direction of many of the scenes emphasises the pointlessness of this war which led to so many unnecessary deaths, and how the soldiers themselves were trapped in a frightening cycle of trepidation, boredom, and death.